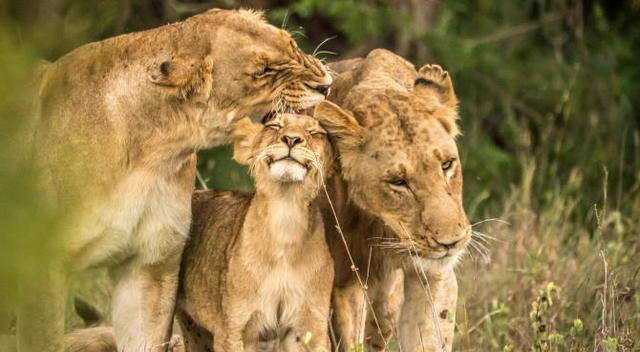 Parliament is concerned with issues related to the trophy hunting of Kruger National Park animals and specifically with the contractual relationship between the Kruger and neighbouring private reserves whereby Kruger animals are hunted in the Greater Kruger area, outside of the Park.

The Greater Kruger area is an open system permitting Kruger animals to roam across private reserves. Some of the private reserves utilise trophy hunting to generate revenue that is ploughed into reserve running costs, which are now higher than ever due to increasing anti-poaching efforts. Parliament’s concern also includes the alleged lack of inclusion of benefits for broader society stemming from this contractual relationship between Kruger and the private reserves.

The Portfolio Committee on Environmental Affairs today had an engagement with the Department of Environmental Affairs, South African National Parks (SANParks) and Mpumalanga Tourism & Parks Agency Board on issues arising from our recently held Colloquium on Captive Lion Breeding, particularly hunting in the Greater Kruger National Park and the implementation of TOPS (Threatened or Protected Species) regulations.

The committee is extremely concerned that 10 years after the promulgation of the amended TOPS regulations in 2008, Mpumalanga Tourism & Parks Agency is not complying with the regulations, especially those relating to hunting of listed species in the regulations like lions, based on a flawed technical argument that the regulations are in conflict with the Provincial Act as they have not been taken through the NCOP. The committee has thus directed that the department should ensure that these regulations are processed through the NCOP before the end of the year and that the Mpumalanga Tourism & Parks Agency should ensure compliance with these regulations by January 2019. Baiting as a form of hunting of TOPS-listed species should cease immediately.

The committee would further like to urge the Minister of Environmental Affairs to expedite the process of realising full compliance with these regulations, through the MINMEC process in order to have a uniform standard for the whole country.

The other matter which concerns the committee is the agreement between the Kruger National Park and Association of Private Nature Reserves (APNR) concluded in 1996. We believe that this agreement needs to be revised to ensure that there is sharing of benefits arising from the collapse of the fences in the western boundary of the Kruger National Park in the interest of the broader society. The committee believes that issues of transformation and beneficiation should be taken into account in this agreement. In this regard, the committee has directed SANParks to develop a concept paper on this matter for discussion with the committee in October/November 2018. The committee will hold public hearings to determine the best way forward after its engagement with SANParks.