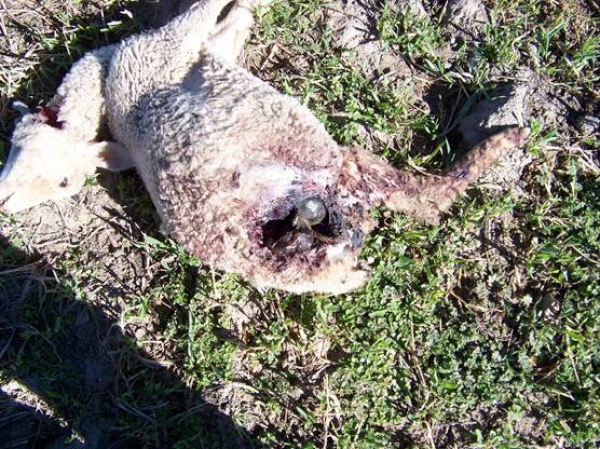 The Western Cape is one step closer to finding long-term solutions for dealing with damage-causing jackal and caracal, reportedly costing farmers across South Africa a total of R20 million last year.

CapeNature met with organisations representing animal welfare, conservationists, veterinarians, academic and research institutions, farmers and professional hunters earlier this week. The idea was to explore non-lethal methods of control and to give farmers a “tool box” of options to protect their livelihood, whilst at the same time protecting biodiversity.

“We heard that farmers were suffering continual severe losses from predation and that more research and techniques urgently needed to be explored” said vetenerian Dr Marc Walton, the newly elected Chairperson of the Wildlife Forum.

“We need to find the correct balance between the farmers’ livelihood and safety of the food chain and the welfare issues of predators and wildlife.”

The forum was elected following an open meeting of all stakeholders hosted by Western Cape Premier Helen Zille, earlier this year. But neither the Premier nor the Minister of Environmental Affairs and Development Planning, Anton Bredell had any say in who was elected onto the forum.

working together for the greater good

“What was incredible is that organizations with vastly different views and philosophies were able to sit around the forum table and not only discuss issues but also come to constructive suggestions and ways forward” CapeNature CEO (Acting) Dr Kas Hamman said.

The conflict between farmers and Damage-Causing Animals (DCAs) has been a problem for almost 400 years.

The Western Cape has been and still remains one of the strictest provinces with regards to the management of DCAs.

If a landowner in Gauteng has a permit of adequate enclosure he may hunt on his property.

CapeNature currently has a six-month permit with a limited number of animals and limited methods.

a protocol for DCAs

CapeNature and organised agriculture have worked on a draft protocol to manage DCAs during the last five years. The protocol is in line with the national legislation guiding the management of DCAs and was subjected to public comment.

Approximately 70 comments on the draft protocol were received by 5 June 2012 including input from agriculture, environmental NGOs and the general public. Once the findings of the protocol have been assessed and collated, CapeNature will provide feedback to interested and affected parties.

Through its protocol CapeNature also encourages and advises farmers to practice holistic management methods including sheep-herding, Anatolian dogs and the kraaling of sheep as a way to prevent their livestock from being predated upon. CapeNature advocates the principle that, as a last resort, the individual DCA and not the entire species, should be targeted in the most humane way. Methods to hunt the individual should not impact on other species and should be practical in the designated area.

CapeNature is concerned that the unselective hunting of jackal and caracal is the reason for the increase in the population of these species over the last 400 years. We know that once the social structure of these animals is disturbed, it results in uncontrolled breeding.

The human-induced increase of jackal and caracal also has a negative impact on the environment. Higher predator pressure, in the Karoo for example on steenbok, duiker and small populations of reptiles, poses a threat to these species and could result in biodiversity loss.

“It is hoped that we will be able to find an acceptable solution to a 400-year old problem, by taking hands and coming up with a toolbox, based on research” Dr Hamman said.