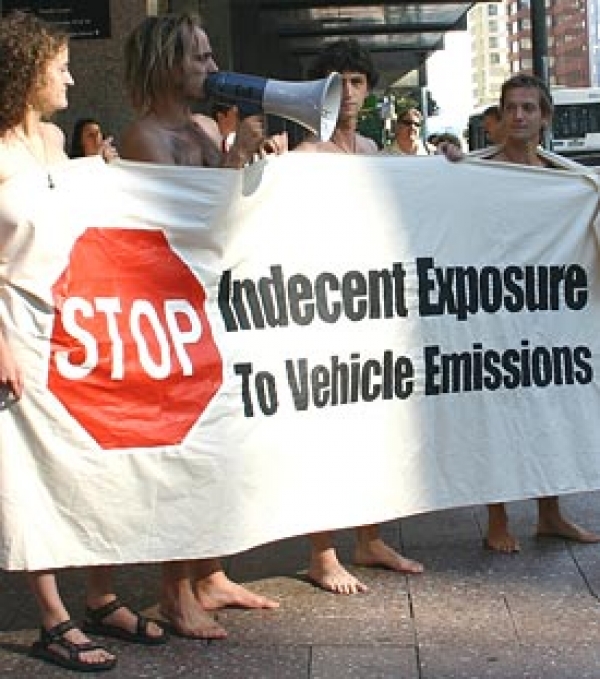 World Naked Bike Ride (WNBR) is a global event that takes place in more than 50 cities around the world and on Saturday, 10th March it will be Cape Town’s turn to partcipate in the worlds largest naked event!

Since 2004, cities across the world have experienced the joy of WNBR day that seeks to create environmental awareness through clean initiative such as cycling.

Last year was the first successful Cape Town Naked Bike Ride. About 200 cyclists raging from completely naked, to semi-clad to fully clothed pitched up regardless of their state of undress and made the ride a resounding success. This year organisers plan to make the event even bigger and better!

The event is a peaceful, imaginative and fun protest against oil dependency and car culture. It is a celebration of the bicycle and also a celebration of the power and individuality of the human body. Furthermore, it is symbolic of the vulnerability of cyclists in traffic and the Naked Bike Ride Team wish to create awareness of this fact. This naked cycle underpins massive global issues relating to the environment, global warming ad carbon emissions to name a few.

One of its aims is to raise awareness about Cape Town’s unfriendly cycle roads.

What to wear? Do not fear! The World Naked Bike Ride dress code is “As Bare As You Dare”… So it’s up to you to decide what you are comfortable with. No one is excluded or discriminated against based on levels of clothing, body paint, or anything else for that matter!

The event is open to all Capetonians, young and old, fit and not so fit. The idea is to engage the public and make a statement. Bodies and bikes will be decorated with messages of protest or beautiful designs to complement the varied forms and diversity.