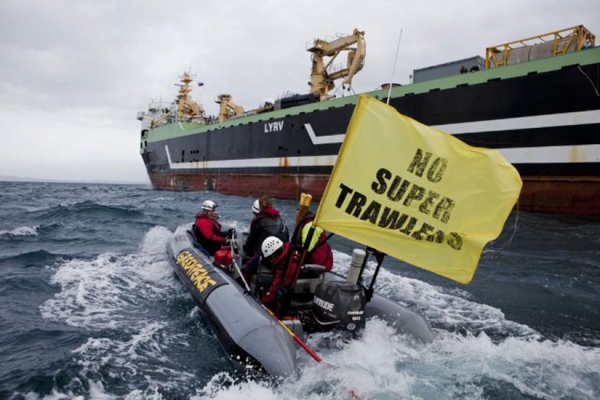 In a huge victory against the plunder of our oceans, the Australian Federal Environment Minister Tony Burke has announced new laws that will ban the Margiris super trawler, now known as the Abel Tasman, from operating in Australian waters for up to two years.

Congratulations must go to the thousands of passionate Australians, community and environmental organisations and fishing groups who have stopped the Margiris from destroying Australia‘s oceans.

Burke’s announcement means the super trawler will be banned for up to two years. Further scientific investigations will also be needed before ships like this can be approved.

This is what Greenpeace Australia was calling for and they congratulate the Australian government on listening to the community and taking action.

Minister Burke acknowledged the opposition to the super trawler when making his announcement, commenting: “There has been no doubt there has been a massive public focus on this.”

It was the united action of community members, environmentalists and fishing groups that convinced the government to protect Australia’s fish stocks, marine wildlife and fishing communities.

This victory is testimony to the power of collective will and the importance of standing up for what’s right.

Because of the donations received from Greenpeace supporters, they were able to:

This is a significant setback for the European super trawler fleet, but the campaign against destructive fishing needs to continue.

The Margiris is just one fishing vessel that is impacting marine ecosystems globally. The global fishing fleet is catching more fish than nature can sustain. In our region, the Pacific faces the threat of over-sized foreign vessels every day.

Greenpeace will continue its global campaign against overfishing and destructive fishing practices, but for today at least, we can celebrate this wonderful victory.