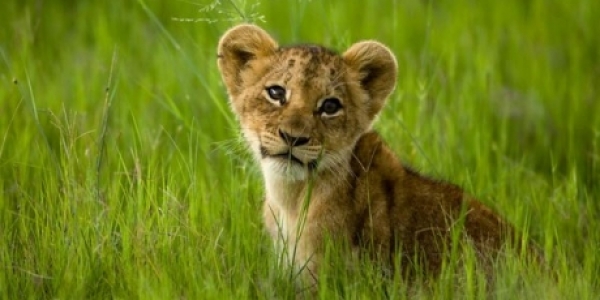 Global activism site Avaaz recently got Thailand’s Prime Minister to promise to shut down her country’s ivory trade. But for every victory, there are hundreds more animals facing extinction, and time is running out. To truly win, they need to grow a team focused on beating the poachers and profiteers.

Every day, a long list of majestic creatures are cruelly slaughtered by poachers – driving them closer to extinction. And they are killed to fuel violent syndicates getting rich on bogus goods – elephant tusks become trinkets, rhino horns become fake sex remedies, and shark fins become soup. It is a global disgrace, and the sad truth is we’re losing this fight. But we know how to tip the balance to save these noble animals.

Last month, Thailand’s Prime Minister promised to shut down her country’s ivory trade. Why? Because of Leonardo DiCaprio, Avaaz and their friends at WWF. When Avaaz heard she was hosting the UN summit on endangered species, they did what they do best, and found a specific, doable demand that could have huge impact, and then weighed in all our people power behind a massive petition, combined with high-level advocacy and a barrage of social media. And we won!

This is just one of the many fights they are in to save endangered species, including stopping a global proposal to legalise the whale slaughter and fighting a legal battle in South Africa to stop the lion bone trade. In Europe they are in the final stretch of a huge campaign to save bees from pesticide annihilation! But for every battle, there are hundreds more animals facing extinction and time is running out. To truly win, they need a supercharged team.

Here’s the plan – Avaaz takes their tiny staff and grows a team focused on beating the poachers and profiteers, and then they can use their campaigning magic to take on fights across the globe. They know what they do can save these endangered species from disappearing from our planet. And it doesn’t take much – if only 25,000 of us chip in today, they could grow their team and scale up all their conservation campaigns.

Never before has wildlife been so threatened by mankind. These lions, elephants, tigers and rhinos are the subject of ancient fables and tales, and now our generation is annihilating them. What we are doing is arrogant and sinister, and is a terrifying indication of a loss of our moral compass – herds of elephants are executed with assault rifles for ivory, African lions are ground up to make bogus medicines, and thousands of sharks have their fins cut off while they’re alive. The UN estimates up to 200 species of plant, insect, bird and mammal go extinct every 24 hours – a rate faster than anything the world has seen since the vanishing of dinosaurs millions of years ago.

Taking on the poachers, smugglers, corporations and governments that drive so many species to extinction is no easy task. But these are battles Avaaz can fight – and with just a handful more staff, here’s an idea of what they could do: