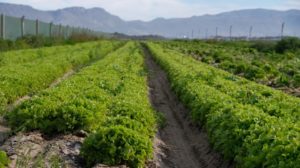 A legal battle over the Philippi Horticultural Area (PHA), situated in the urban edge of Cape Town, starts this week.

On 15 and 16 October 2019, the PHA Food & Farming Campaign will be arguing for the preservation of a key piece of agricultural land in the City of Cape Town’s jurisdiction that is under threat from proposed developments.

The case on the roll in the Western Cape High Court challenges administrative decisions made by the Western Cape MEC for Local Development, Environmental Affairs and Development Planning, his Department and the City of Cape Town to rezone a part of the PHA for mixed-use development.

The PHA provides livelihoods to thousands and is also considered vital to replenish the Cape Flats Aquifer (which lies beneath it). This aquifer can supplement the City’s water supplies during times of drought.

This land, farmed for more than 130 years, produces up to a third or more of Cape Town’s leafy produce. Studies show 5 000 jobs are also directly created by the PHA, and 55 000 indirectly. 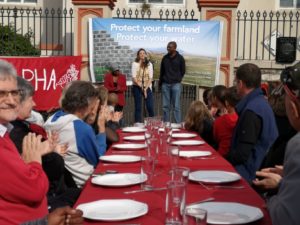 Nazeer Sonday, the convenor of the PHA Campaign, summarises the situation as follows:

“The PHA is precious. It is under threat and we need to protect this area.” Sonday is a small-scale organic vegetable farmer in the area. Every single acre has a purpose. Every time politicians say they care about the PHA, they also seem to want to pave over a portion of it. We are saying: enough is enough. This is why we are now turning to the court.”

The PHA Campaign and Sonday are the two applicants in this case. The 13 respondents include provincial ministers and departments, as well as the City of Cape Town.

This case is the first against five different developments which, when combined, would eliminate a third of the PHA’s remaining 3 000 hectares of urban farmland. The case against Oakland City Development Company (Pty) Ltd consists of a review of four development decisions and a request for a protection order for the whole of the PHA. 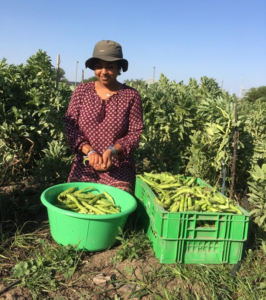 The PHA Campaign’s legal representatives will argue that the decisions taken regarding the proposed developments ignored several studies highlighting the benefits of the PHA. This includes studies highlighting its role in local food security; recharging the Cape Flats Aquifer; the maintenance of the urban edge; the PHA’s heritage value; and its land reform potential.

The case also considers the question of whose jurisdiction it is to make decisions about the PHA – whether it lies with the National Department of Agriculture and should the land be considered ‘agricultural’ under the Subdivision of Agricultural Land Act (SALA).

The PHA Campaign will argue that the City and the Province should have regarded their constitutional obligations of cooperative governance and respected the mandate of the National Department of Agriculture to ensure food security as well as protecting this “unique and irreplaceable” agricultural land. It also argues that South Africa has international obligations to ensure the realisation of the right to food. 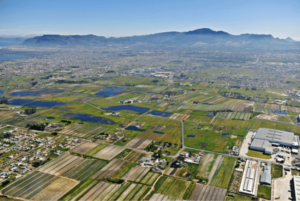 The environmental impact assessment and processes that informed the development authorisations are according to the PHA Campaign insufficient, flawed and even non-compliant with the relevant legislation and regulations.

The PHA Campaign believes that the environmental impact assessment reports, for instance, failed to adequately investigate and assess environmental impacts related to the Cape Flats Aquifer, food security, climate change and land reform. The decision-makers have also not considered the cumulative impacts of the proposed developments on the area, the PHA Campaign believes.

Sonday summarises: “It is time we hold our politicians and decision-makers accountable for the impact of their decisions on our future. We believe all the relevant information was not considered by the decision-makers.”