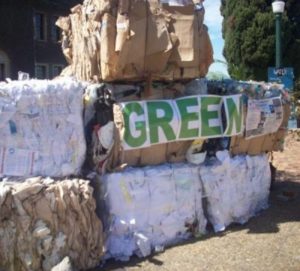 No matter where I travel across the country, I inevitably find folk lamenting their desperate desire to have their household waste recycled. Either there’s an almost uniform waste guilt permeating South Africans, or perhaps talking recycling is the average person’s default recourse when they find themselves in the company of a serious greeny.

That’s when I realise again how lucky we are in the Helderberg to have our recycling conveniently collected on our doorstep by a pioneer in the field, Bertie Lourens and his company, WastePlan, as part of the City of Cape Town’s Think Twice programme. And how near unique this situation is in our country. Once something becomes regular, it’s so easy to simply take it for granted.

Hence we are telling the full story of this brave endeavour to serve as a role-model for the rest of the country, which now needs to follow. And also to help us lucky folk understand and appreciate what dedication underpins the smooth running of this initiative,  despite numerous challenges. 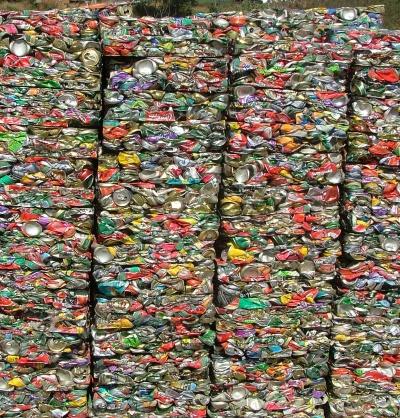 In April 2007 the City of Cape Town called for proposals from contractors to recycle 12.5% of the City’s households’ waste. That would mean 200 000 households (25% of all formal households) would be granted the opportunity to have their waste recycled, if they wished. This was to be the pilot programme of the City’s Think Twice project. Contractors came forward with proposals, but when they were later obliged to start collecting recyclables, they found that it cost them much more than simply landfilling waste.

The service provider who had the contract for the Helderberg region soon found that he was losing money and asked the City to help them with a subsidy, which was refused. So they withdrew from the entire contract, including recycling and waste removal. The contractors for the South Peninsula and Cape Flats areas did the same.

Important lesson learnt by the City of Cape Town, they rewrote the tender documents, this time well thought through. There was a strong recycling component with a fee structure that rewarded high participation and volumes for recycling.

Enter Wasteplan, who was rewarded such a contract for the following areas: Atlantic, Helderberg, Hout Bay and the Atlantic Seaboard. So August 2008 saw the first new contract with sufficient financial benefit for the contractor and recycling in the Helderberg was back on track with a much more workable model. 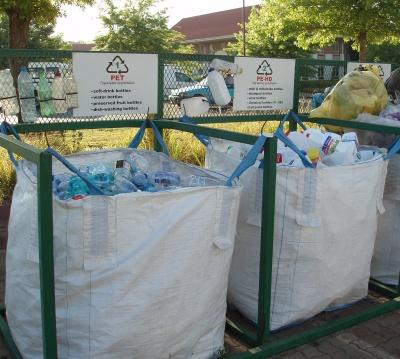 Only now there was a new challenge – residents in this area had been motivated and mobilized before, only to lose the energy completely when the initiative fell flat. So now they didn’t have much faith in the City’s ability to provide a sustainable system.

After many community meetings to explain what happened and create renewed awareness, the project slowly recovered participation in the Helderberg. Then arrived, more and more every week, the next challenge:

Challenge 3: Onslaught of the trolley brigade

Serious opposition arose from the informal street collectors with their stolen trolleys, who collected items from the WastePlan clear bags, or simply took entire bags. These items were and are taken straight back to the scrap dealers and sold for their own pockets, bypassing WastePlan.

Problem is that WastePlan’s contract with the City is based on a per kg award. If they don’t collect and recover anything, they don’t get paid  by the City. This in spite of having invested huge resources into the area, such as setting up a sorting factory of nearly 800m² in the Helderberg industrial park, Strand, employing 40 sorters, a team of 21 driver and driver assistants, running 7 fulltime trucks, management and marketing resources.

After all that financial input there was no guarantee of return. So for every kg of recyclables stolen and sold elsewhere, WastePlan lost considerable income. Indeed the informal collectors were there before our recycling contractors arrived – homeless people have been roaming the streets for a long time. Many are ex-convicts, helping themselves to whatever was on the street and possibly committing crimes. There is no law governing street folk or preventing them from walking the streets and taking what they can. 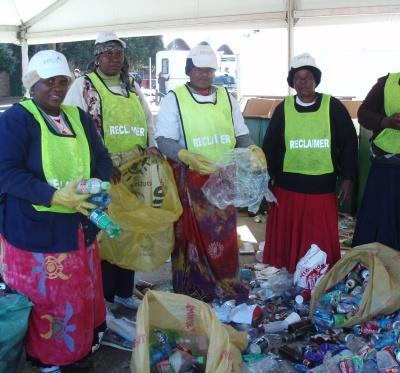 So WastePlan consulted a lawyer, who advised them to have a legal disclaimer printed on the bags, stating clearly that the bag, with contents, was their property and that it’s illegal to take it. This was done, but it still didn’t deter the theft of recyclables.

Then Bertie was advised that they would have to prove that the burglar was able to read at all, and secondly to read English. Plus they would need to provide video or photo evidence to prove that a person opened a bag and took something from it, or took the whole bag. Without that WastePlan’s hands are tied in terms of legal recourse against an informal collector. It would otherwise be considered a petty crime and there are much more serious crimes that need attention.

Now what? Watch this space and read further next month on the trials and tribulations of pioneering recycling in our country.