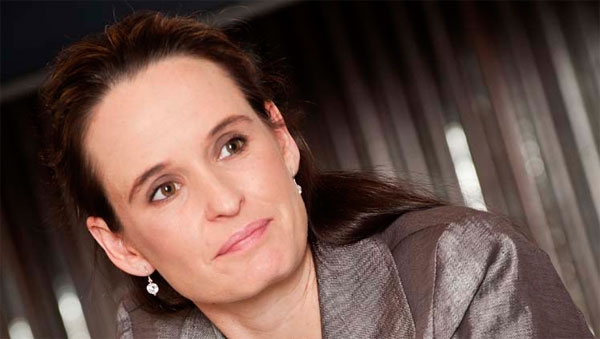 There is a finer link than one may think between human resources and natural resources – and better HR practice could help save the planet, recent research shows.

According to a statistic from the CRF Institute’s latest annual Best Employers Certification Index, if employees working flexitime for the listed companies worked from home for one day a year, South Africa would save 4 366 tonnes of carbon dioxide (CO2) and 119 079 litres of petrol.

“That’s good news for the economy and good news for the environment,” says Samantha Crous, Country Manager of the CRF Institute in South Africa. “More and more often, research is showing that sensible HR practices go hand-in-hand with a greener office environment and this is just one item of research, there’s a lot more potential for innovation.”

For years now, a growing number of organisations have been responding to workforce developments by offering their employees flexible working arrangements – a trend that makes sense in light of technological improvements that make us more mobile every year.

The obvious benefits include health, happiness and increased productivity, because happy employees are more engaged employees. For example, three years ago the city of Houston, Texas, promoted flexi-time to ease its notoriously congested commuting routes. The initial two-week trial was so successful (workers’ stress was reduced by 58% and their productivity nearly doubled!) that over 200 companies immediately adopted the new system. But in addition to the benefits to businesses, the move drastically reduced the city’s issues of congestion and pollution as well.

Flexible workstations save tonnes of CO2 and money

Crous says that locally, companies are starting to follow the same trend. A good example is Ernst & Young, which is ranked fifth in the 2011/2012 list of top employers and also lauded as one of the most flexible. According to People Leader for Ernst & Young, Seshni Samuel, flexible working is so entrenched in company culture that employees do not even have permanent desks at which they work. Instead, the organisation provides each employee with a laptop and 3G wireless modem, which allows them to work from just about anywhere. As a result, the company is saving the country thousands of tonnes of CO2 and litres of petrol – and employees are saving plenty in time and travel costs as well.

Accenture, which is ranked second in the overall top 10 Best Employers list and, like Ernst & Young, is also named as one of the Most Flexible Best Employers in South Africa is also in the process of piloting a three-day office week in some of their departments in their SA offices, allowing employees two days a week to work from home.

Crous explains that benefits such as job-sharing, compressed working hours, flexi-time working, part-time working, telecommuting and time off in lieu of overtime are some of the methods effective HR officers can use to become more planet-focused.

But contributions can also be made in other ways, she says – for example, when businesses tackle strategically the widespread issues of poverty and lack of education through skill development or other social and enterprise development programmes. Even overpopulation can be tackled through employee education, empowerment programmes or community outreach initiatives.

Another area of huge potential impact, says Crous – though the individual actions may seem small – is the eco-modernisation of office buildings. “Many top organisations in the country have automated lighting systems in place, and for companies of all sizes, there are the increasingly common practices of recycling and reducing paper wastage through access-controlled printer codes.

“What is becoming increasingly evident is that HR is no longer just the “hiring and firing” centre. HR departments can become key business partners with massive influence over the success of their organisations – and an essential role to play in growing company and employer brands as environmentally conscious employers of choice,” comments Crous.