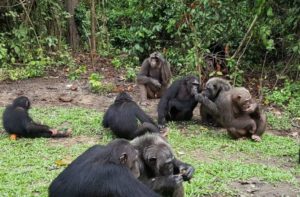 Greenpeace Africa and local communities denounce a decision by the Government of Cameroon to open up 68,385 hectares of pristine rainforest to logging. The fate of a 65,007 ha zone of Ebo, also threatened with logging, remains unclear and must also be spared from chainsaws.

The 14 July decree to log a zone about half the size of London blatantly ignores requests by local communities and international NGOs to honor a 2006 government decision to declare the area a national park. The move also flouts Cameroon’s international commitments, and makes a mockery of its endorsement on 20 July for the international Agreement on Conservation of Gorillas and their Habitats.

“Ebo forest is home to critically endangered primates whose death sentence may have been signed by Prime Minister Joseph Dion Ngute with the approval of the President’s office,” says Sylvie Djacbou, forest campaigner at Greenpeace Africa. “Greenpeace asks once again to cancel plans for industrial logging in Ebo forest and to designate it as a self-managed park instead,” added Djacbou.

Information obtained by Greenpeace Africa last month suggests that the same firm that prospected Ebo last month may be the beneficiary of the new concession. The firm appears to be controlled by the same entrepreneurs associated with a new oil palm concession in the South Region, CAMVERT. 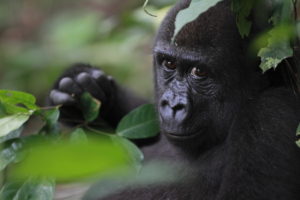 “The Cameroon government again chooses short-term financial gains for selected elites over the long-term interests of local communities and the protection of the environment,” continues Djacbou. “This provocation runs roughshod over the rights of 40 communities, ruins a biodiversity hotspot and deepens the climate crisis.”

In recent months, more and more people became aware of Ebo forest. Last April, when the government announced its intention to open the forest to logging concession, Global Wildlife Conservation presented why it must be protected.

Biodiversity loss is a threat to humans as much as climate change. It’s incomprehensible that given the current COID-19 context, in which many links have been made between deforestation and animal borne diseases (zoonotic diseases), the Cameroon government still decided to open up Ebo forest for logging. Does the Cameroon government not care about the health of its population and the climate?

Ebo forest in Cameroon is one of the intact forest ecosystems in the Gulf of Guinea, stretching over 2000km squares. It is a massive biodiversity hotspot, the home to a gorilla population, Nigeria-Cameroon chimpanzees, forest elephants, drills and the beautiful Preuss’s red colobus. Many of these are on the Red List of Endangered and Critically Endangered species of the IUCN (International Union for Conservation of Nature). Furthermore, Ebo forest is an important carbon sink, containing an estimated 35 million tonnes of carbon. Of equal importance, the forest is the source of livelihood for over 40 local communities – the Banen communities.

In 2006 a part of Ebo forest was proposed as a national park. For more than 14 years, the government has been dragging its feet with the process of converting Ebo forest into a national park. Surprisingly and sadly, in February the government decided to turn an area of nearly 150,000 hectares of pristine forest – roughly the size of London – into a logging concession. The notion that conservation and timber extraction can go hand-in-hand is unacceptable to Greenpeace Africa. Government officials can get extremely efficient and creative when it comes to enriching themselves. We should be equally sophisticated in defending ourselves and our planet.

Despite fierce opposition from the local Banen communities, as well as national and international NGOs, the government of Cameroon already opened up 68,385 hectares of pristine rainforest to logging. The government is justifying its decision by saying there will be “sustainable logging” and communities will benefit from it.

Surprisingly and sadly, in February the government decided to turn an area of nearly 150,000 hectares of pristine forest – roughly the size of London – into a logging concession. Even if the fate of the remaining 65,007 hectares zone of Ebo forest remains unclear, the Cameroon government intends to allocate its rich biodiversity merely 10,000 hectares in Mbam et Inoubou Division linked to the various conservation areas by wildlife migration corridor – a suggestion I find completely absurd and insulting. This can’t help save endangered species living in Ebo forest. 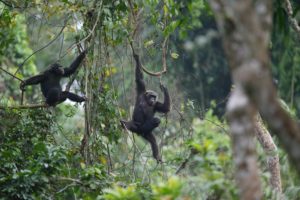 It demonstrates why in Greenpeace Africa we say, as stated above, that conservation can’t go hand in hand with chainsaws. What makes Ebo forest special is that it still has quite a significant area of largely unfragmented forest, which is still rich in wildlife – a haven for many threatened species.

Evidence of past logging projects speak for themselves. Industrial logging comes with road openings, it brings migrants workers that exacerbate the use of resources, and causes irreversible damage to biodiversity and the climate.

From my field trip in the area a couple of years ago, I realised the massive deforestation that’s been taking place around Ebo forest since 2013. Deforestation due to the Greenfil palm oil plantation (a subsidiary of Azur) already has clear impacts on communities and biodiversity. Authorities support such destruction, so long as the pockets of their affiliates get filled with dirty money.

Since the announcement of the declassification of the forest into two forest management units (forest areas given most often to logging), Banen communities have repeatedly stood up to defend and protect their forest. According to local communities, Ebo forest represents above all the identity of the Banen people because it contained a large number of villages chased at the beginning of the 1960s. 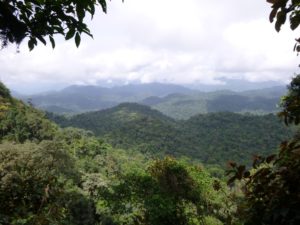 That is why the local communities repeatedly say NO to this injustice even after the Cameroon decision last July. Despite many steps taken by their association with government authorities and several press conferences held to alert national and international institutions, the government ignores their voice and prioritises its short term economic interest upon communities survival. This decision astonished me once more and I want my fellow citizens, my fellow Africans and my fellow human beings around the world to rise against this.

It’s time again to stand with the 40+ villages surrounding the proposed logging concession. They rely on the forest for non-timber products such as food and medicines, to perform cultural rituals and more. We all rely on the forest for its beauty, its role in regulating the climate and housing unique wildlife.

There is no excuse for the government’s scandalous decision. The rainforest is a blessing to those communities and to the entire world. Let it not become their curse. As we know, the profiteers of such decisions are never the communities – but always a small group of self-serving elites.

To protect local communities and the planet, Greenpeace Africa has joined the campaign to save Ebo forest. Please join Greenpeace too and ask the President of Cameroon, Paul Biya, to intervene and save Ebo forest from industrial logging. Instead, let it become a community self-managed park. 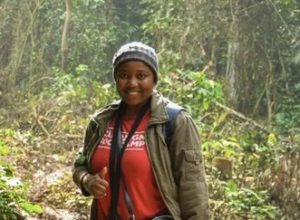 By Sylvie Djacbou Deugoue, a Greenpeace Africa Campaigner based in Cameroon. Read more of her work at EcoWatch.