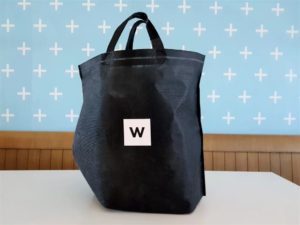 The production of the low cost reusable bag has resulted in over 129, 000 plastic bottles being recycled and made into the bag’s fabric. Image: Jay Cabo

A popular retailer has announced that it will stop offering plastic bags at three more stores: its stores in Maroun Square in Johannesburg, Moreleta Village in Pretoria and Delcairn Centre in Durban.