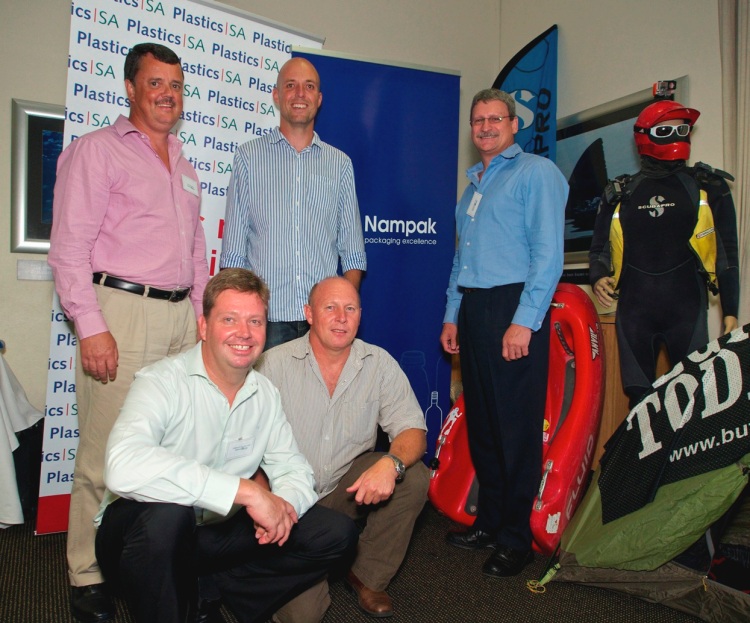 Sustaining your energy in the environmental field is all about counting small blessings. And sometimes they aren’t so small either. We reported last year about the brave chap, 33-year-old Capetonian, Ray Chaplin who became the first person to riverboard the entire 2,400km length of the Orange River, from source to sea in order to raise awareness of our country’s water quality issues and the volume of litter along the river.

I recently had the privilege to meet Ray in person and listen to a presentation of his trip. Wow, the level of commitment it must have taken to devote yourself to such a challenging, treacherous and dangerous trip is mind boggling.

Plastics|SA Sustainability Council met at the Two Oceans Aquarium in Cape Town. They run several campaigns, competitions and clean-ups every year to promote the responsible disposal, collection and recycling of plastic. In 2013 their theme was “Plastics: An Adventure…let’s explore!!!” 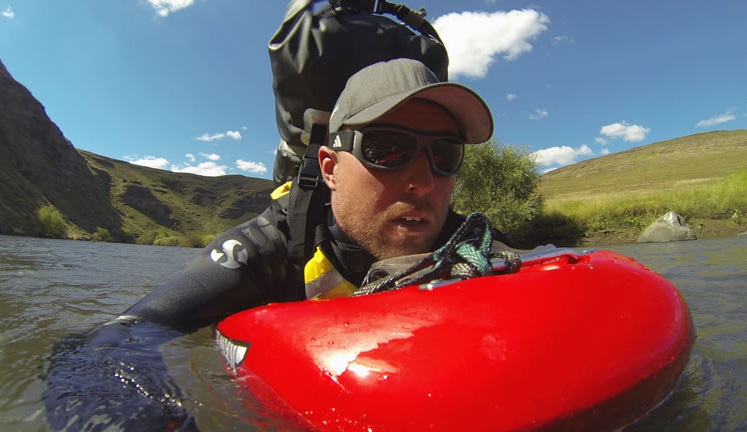 Being passionate about the environment and a techno geek with all the portable communications gadgets necessary to correspond while on expedition Ray proposed that he would post regular updates on social media of what he observed in the river as he progressed. Thus drawing attention to and awareness of pollution in the river and the need to reduce it.

Ray did school talks, community clean-ups and generated as much exposure in each town as he progressed. Ray presented to over 9500 learners along the river with over 5500 bags of litter being collected through clean-ups, with many more follow-up clean-up days already being coordinated by schools and communities. 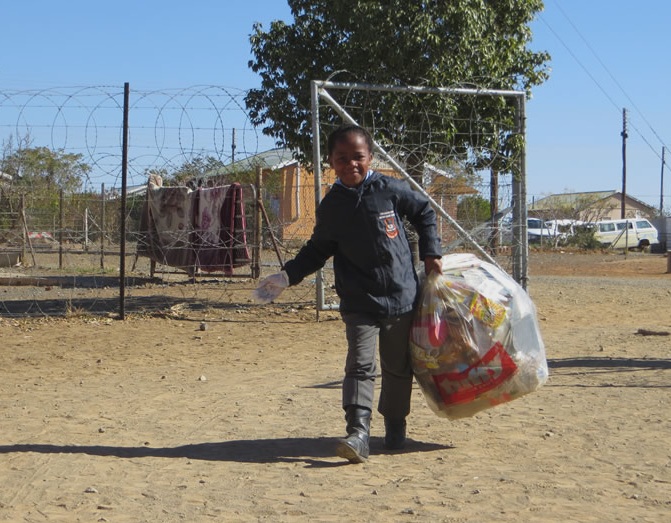 Youngsters have huge part to play

“Right from the start I wanted to use my knowledge and background to try and share how important the sustainability of life and the environment is, but especially with the younger generation. I want to let them know that a sustainable future is possible, and that they have a huge part to play in it. I want to try and educate actively, through experience. Kids are tired of classroom teaching, they want to see someone go out and do what they teach,” says eco-adventurer Ray Chaplin.

Ray riverboarded the Orange River alone, with no back-up crew or support vehicles. He carried his own tent, kit and food with him, weighing around 35kg. He spent 57 days out of the water after one too many falls resulted in two broken ribs and severe spinal injury, making it too painful and risky to continue. “I got out the water on Tuesday 25 June, and got back in on Wednesday 21 August even though the doctor suggested six to nine months.”

He progressed around 18-20km on a normal day on his riverboard, which weighed 9.5kg. All his food and water had to be carried on his back, so his average daily diet consisted of 100g oats for breakfast, 2 snack bars or 100g of peanuts & raisins during the day, 165g of pasta with 75g soya mince for dinner, and a powdered drink. “I weighed 100kg when I left Johannesburg to start, and weighed 84kg when I arrived home after finishing,” says Ray.

Not only was it a physical effort, but a huge mental effort too. At one point he went 6 days without talking to anyone and 8 days without signal – a tough feat for a self confessed techno geek. 246 days after departing from the source Ray arrived in Alexander Bay on the Atlantic coast having not only successfully completed 2460km of riverboarding but also 21 school presentations, two community meetings, one recycling Indaba, one International Marine Debris Summit, two Expos and 11 Radio interviews to spread the word that Plastics are too good to throw away and should not end up in the river. 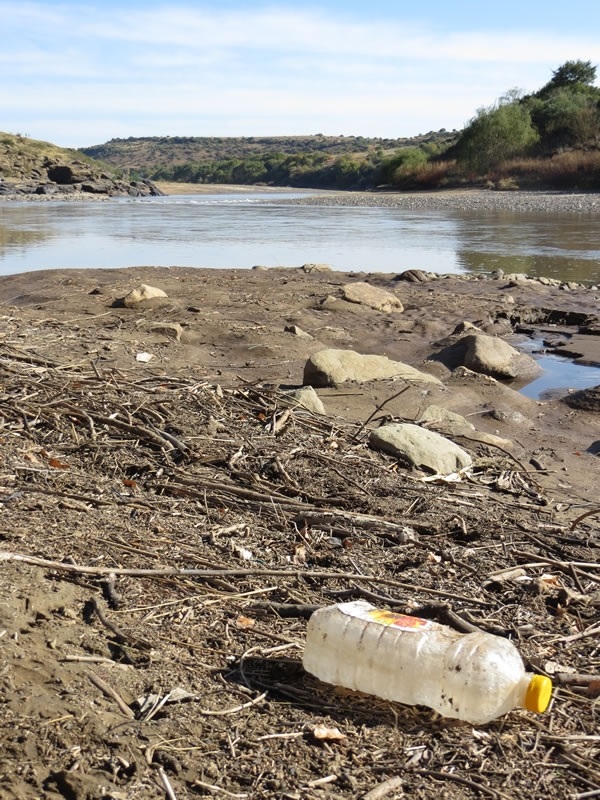 Plastic should be recycled

Ray promoted the collection of all litter in South Africa’s rivers and in particular plastic packaging such as HDPE bottles, PET bottles, HDPE Closures, Crates and Drums that can and should  be recycled.

“As South Africa’s longest river, it almost traverses the entire width of our country. The state of the Orange River represents all the waterways in South Africa. What goes down our gutters lands in our streams, rivers, dams and ultimately oceans. So we should be more careful what we do with our plastic,” says Terry van der Walt of Nampak Rigid Plastics.

Recycled plastic is a more cost effective and environmentally friendly alternative to virgin plastic. If all plastic consumers would see to the recycling of their plastics, Nampak Rigid Plastics can increase their use of recycled plastic ensuring better use of resources, more job creation and a cleaner environment.

“There is actually a shortage of recycled plastic material in South Africa. The packaging industry cannot get enough. Plastic can be recycled and reused,” said Johan de Smidt of Nampak Rigid Plastics.

Over the past year Plastics|SA saw a growth of 5.4% in virgin material consumption and an increase of 10.9% in recycling tonnages. Employing over 60 000 people, the industry’s combined turnover is some R50 billion per annum, contributing 1.6% to the national GDP. Consumption is approximately 1.642 million tons per annum – 1.370 million tons of which is virgin material and 272 691 tons recycled material.

“We, who work in the plastics industry, are therefore acutely aware of both the benefits of plastics – we simply couldn’t live as we do without them, and they are found in almost every sector and in almost everything we own, including our clothes. But we are also very aware of the damage that plastics can do and of their inherent value even as waste products. Many forms of plastics are recyclable, and have value in and of themselves, even as waste products. This is what the Plastics|SA Sustainability Council and its members, such as PETCO and Tuffy, co-sponsors of the Orange River Project, are educating school children, communities and the public in general about,” says Douw Steyn of Plastics|SA. 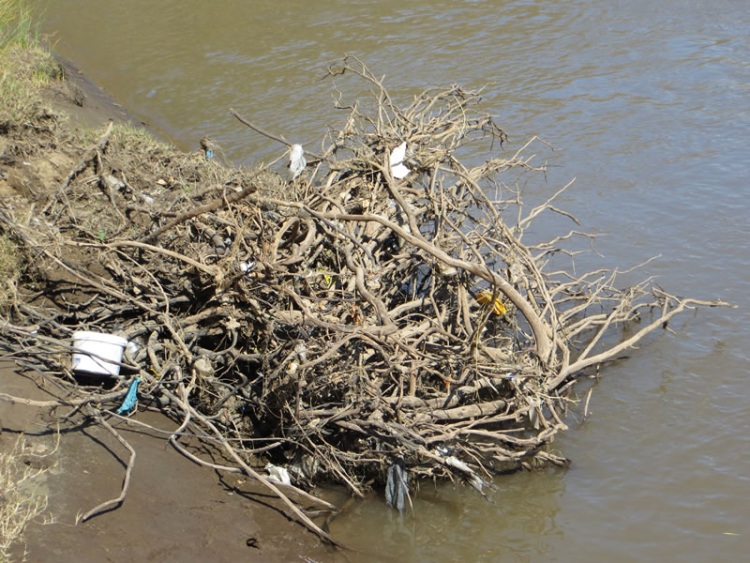 “From measly diets, to waking up to the sound of lions, to cracking ribs and finding scorpions in your wetsuit, yours has been a dramatic adventure to follow. It’s been a privilege to align our environmental goals and consumer education on recycling with your project,” said Terry van der Walt, Cluster Marketing Manager for Nampak Rigid Plastics in his congratulatory letter to Ray.

Consumers who purchase products in plastic packaging decide how to dispose of it later, and through these efforts the champions of recycling are hoping that consumers will think twice about throwing away those plastic bottles as not only will it preserve South Africa’s beautiful waterways but it will provide much needed recyclable plastic to the packaging industry.