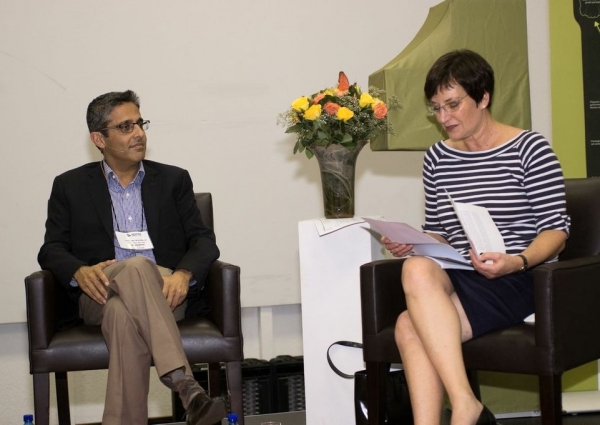 Role players and decision makers in the South African plastics industry made use of the opportunity to air their views on matters relating to the growth of the industry, sustainability and recycling during the first-ever industry specific conference, held at the Nasrec Expo Centre in Johannesburg eariler this month.

The one-day conference entitled, “Plastics: The Future for Growth” was hosted by Plastics|SA, the umbrella body for the local plastics industry and attracted more than 300 delegates.

According to Plastics|SA Executive Director, Anton Hanekom, the event drew participants from various sectors making up the local plastics industry. “Although the majority (36 %) of the audience were involved in the supply of raw materials, we had good representation from plastics converters (22 %), recyclers (10 %), machine suppliers (2 %) and other interested sectors such as government, the media and the general public who were eager to learn more and participate in the discussions,” Hanekom says.

Delivering the keynote address was Dr Wilfried Haensel, Executive Director of Plastics Europe. His speech, ‘Plastics and the world we live in: lessons learnt,’ focused on the plastics industry from a European perspective, although he pointed out that “plastics is a global affair and there are sure to be similarities in the different regions.”

The rest of the day’s discussions were focused around three topical debates which were moderated by celebrity, investigative journalists Freek Robinson, Jeremy Maggs and Ruda Landman. “These journalists excelled in guiding the discussions and ensuring that everybody’s point of view was heard.” 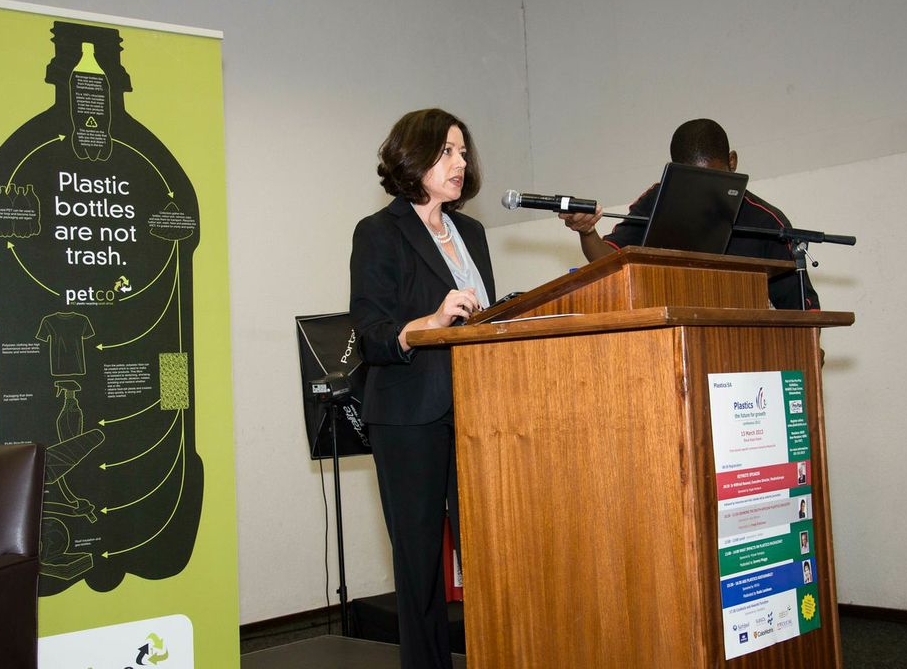 According to Hanekom, the panelists who were invited to participate in the debates were considered experts in their respective fields and who didn’t necessarily share the same point of view on topics relating to exports and imports, marketing the industry, sustainability and recycling, training and skills development.

“We tried to take a brutal look at the issues that mostly affect our industry and the direction we are heading in by encouraging audience members to comment and vote in real-time on the issues that were being debated by the panel members on stage,” Hanekom says.

The audience was quick to rise to the occasion and did not hold back when asked to send in their views or suggestions. When asked what they felt would most grow the local plastics industry, 38 % of the audience members felt that innovation, developing new products and technology would offer the most opportunities. Natural gas utilization and becoming competitive followed closely, along with the local industry and government supporting a culture of exports.

The areas that the audience felt offered the most growth potential in the local plastics industry was packaging (45%), followed by engineering, building and construction (24%) and transport and automotive (11%).

“The audience members agreed that the South African Plastics Industry as a whole needs to become more original and innovative. There are a host of small companies making the same product. Industry should be thinking about how it can diversify and enter a more niche market with an original product. This will decrease competition and increase innovation,” Hanekom says. 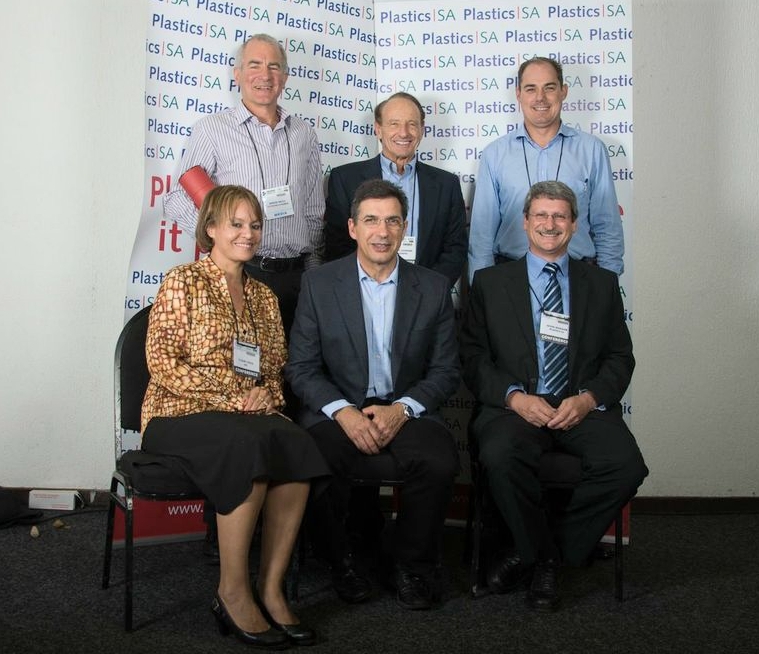 The second debate of the day took a closer look at the issue of food packaging and what impacts it in the South African context.

Explains Hanekom:  “Packaging has come to symbolize the issue of waste in our modern day society. Looking at the issue of plastic packaging specifically, we know that it ensures hygiene and reduces the risk of product wastage due to contamination, providing a physical barrier between a product and the external environment. Unfortunately, however, such convenience has come at an environmental price and the rise in environmental consciousness in recent decades has brought the issue of packaging firmly under the spotlight.” 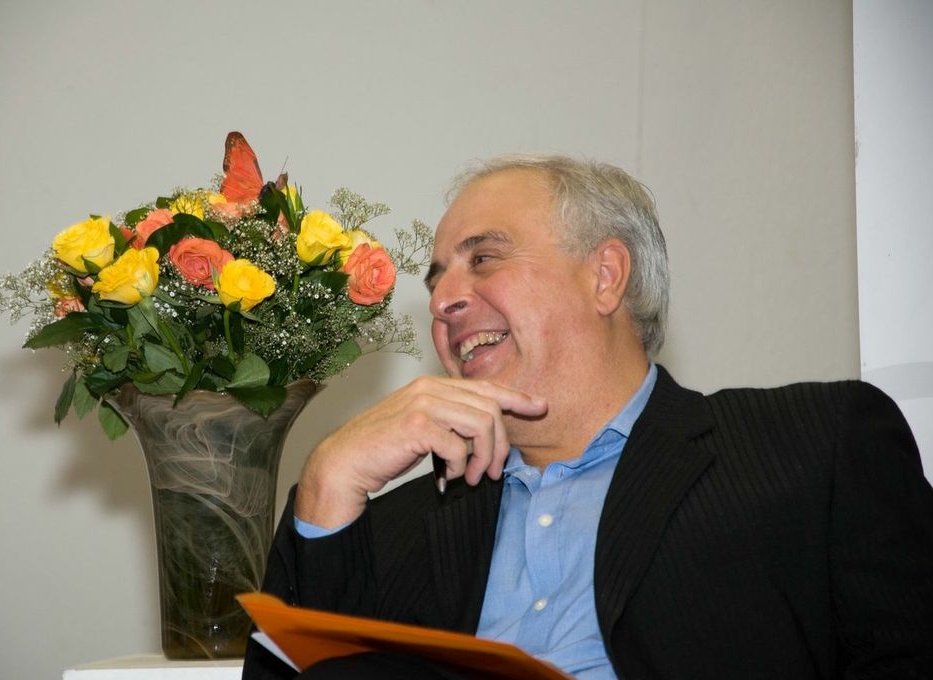 “It is clear that there is a great need to raise the profile of the plastics industry and the work that is being done by brand owners and converters to ensure that plastics are manufactured in a way that is sustainable and environmentally responsible,” Hanekom says.

Another hot topic that was discussed by the panel was the issue of bio-plastics and whether or not it had a real role to play as an alternative in the plastics packaging industry. The vast majority of the audience members felt that bio-plastics are not an option due to the high costs and the negative impact that bio-plastics have on the recycling stream.

The third and final debate of the day took an in-depth look at the issue of plastics and sustainability. “Meeting the needs of tomorrow is the foundation of the concept of sustainable development,” Hanekom explains.

“Plastics represent one of the fastest growing categories of materials used and disposed of in our society. They play a major role in delivering and sustaining the quality, comfort and safety of modern lifestyles. The impressive ratio of cost to performance also means that people of all income groups can enjoy these benefits. However, meeting the needs of society is not just about “today.” Future generations also have the right to material and other benefits.”

Discussing the problems surrounding the issue of plastic waste disposal, 61% of the audience members responded that they felt the answer should lie with improved waste management. 36% felt that there should be more recycling initiatives by local municipalities. 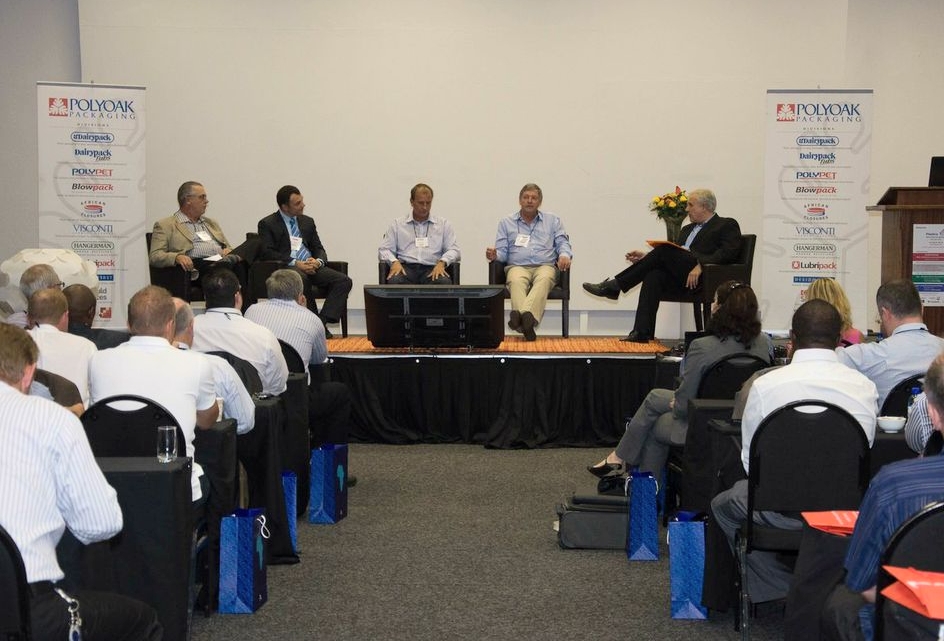 The day’s discussions ended with a cocktail function during which Plastics|SA awarded three awards for local players who are making an exceptional contribution in the following three areas:

Bernhard has and continues to play a critical role in Plastics|SA. He has been on the Plastics|SA Board and the Executive Committee for many years serving as Chairperson and Deputy Chairperson. Bernhard played a momentous role in the new vision and direction of Plastics|SA.

Jeremy has played a crucial role since 2000 in the promotion and expansion of the recycling initiatives of the then Plastics Federation. He was also instrumental in the establishment of the Sustainability Council and redirecting the strategy from being more recycling focussed to a more inclusive Sustainability drive.

REHAU identified the need for the Training and Development of their staff and also recognized the eagerness and enthusiasm of the Learners to be part of the Learnerships. Rehau has shown commitment, dedication and enthusiasm throughout the program and made it possible for their staff members to develop. Rehau is committed to training and development. 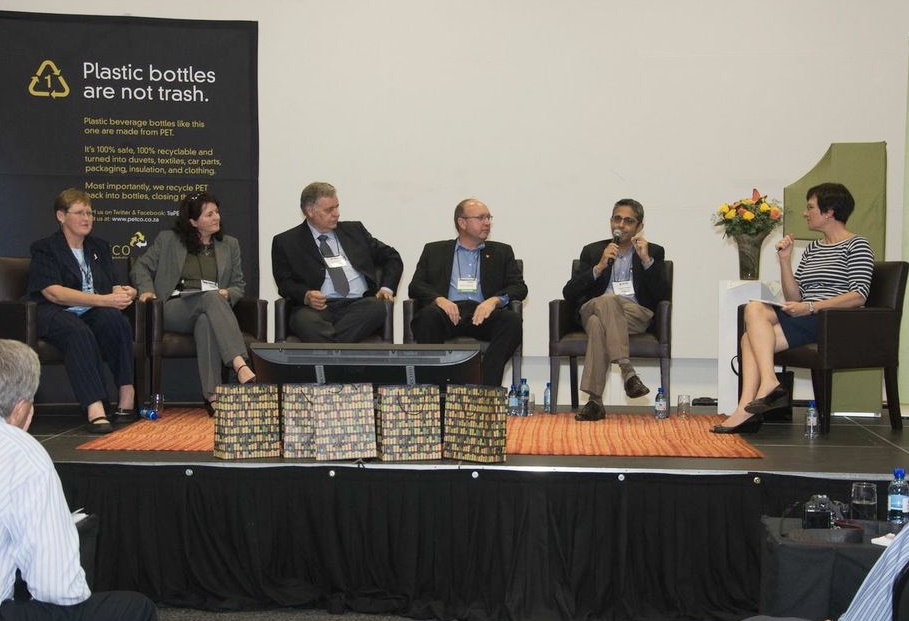 “We feel that the first industry conference was a success,” Hanekom says. “The delegates and panelists attending made it clear that it was a timely and much needed event. They appreciated being given the opportunity to participate in the discussions and voting on topics that directly affect them.”

Although the panel members were unable to address many of the comments and questions that were sent through, Hanekom and his team at Plastics|SA have given their assurance that these issues will be dealt with during the next year.

“Some very valuable topics were raised which we would like to include as talking points in the next conference. Until that time, however, we will use our quarterly newsletters, website and green papers to focus attention on the issues that were raised and hopefully, provide answers to the questions at hand.”

A special word of thanks to the generous sponsors who made the event possible, namely ColorMatrix, Engen Petroleum, PETCO, Polyoak Packaging, Polystyrene Packaging Council, Safripol and Sasol Polymers.