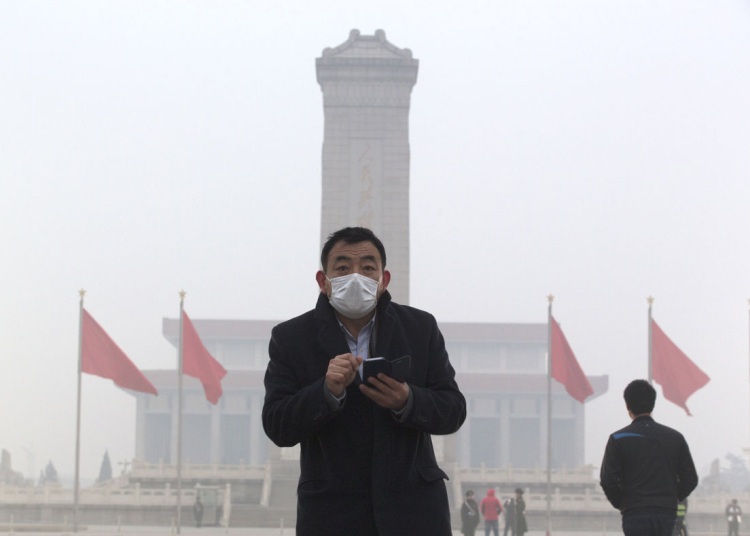 Air pollution in China, the world’s biggest carbon emitter, has reached intolerable levels and the country should aggressively cut its reliance on coal, according to the National Center for Climate Change Strategy and International Cooperation.

“China’s pollution is at an unbearable stage,” Li Junfeng, director general of the state body that advises the government on climate-change issues, said at a conference in Beijing. “It’s like a smoker who needs to quit smoking at once otherwise he will risk getting lung cancer.”

China, which currently uses coal for about 65 per cent of its energy, should reduce that ratio by two percentage points per year, according to Li. The comments come as Beijing’s air pollution reached eight times levels the World Health Organisation says raise health risks, as smog persisted for a fourth day on Sunday.

“China should cut heavy industries’ share in gross domestic output by 9 per centage points between 2013 and 2030 to meet its pollution cuts target,” Ma said.

Heavy industries including construction and manufacturing made up about 46 per cent of the economy in 2012, according to Ma. He proposed reducing coal’s share in energy consumption to 46 per cent by 2030, and increasing the use of clean energy to the same rate by that year.

China’s provinces and biggest cities have been given targets to cut main concentrations of some air pollutants by 5 per cent to 25 per cent by 2017 compared with 2012 levels. A growing number of Chinese cities have introduced emergency measures to fight smog amid increasing social unrest over the health effects of a spoiled environment.

The concentration of PM2.5, fine particulates that pose the greatest risk to human health, was 198 micrograms per cubic meter near the Tiananmen Square in China’s capital on Sunday morning, the Beijing Municipal Environmental Monitoring Center said on its website. The WHO recommends levels of no higher than 25 micrograms per cubic meter in 24 hours.

A man wearing a mask uses his mobile phone at haze-covered Tiananmen Square in Beijing on Feb. 23, 2014. Image: AFP/Getty Images