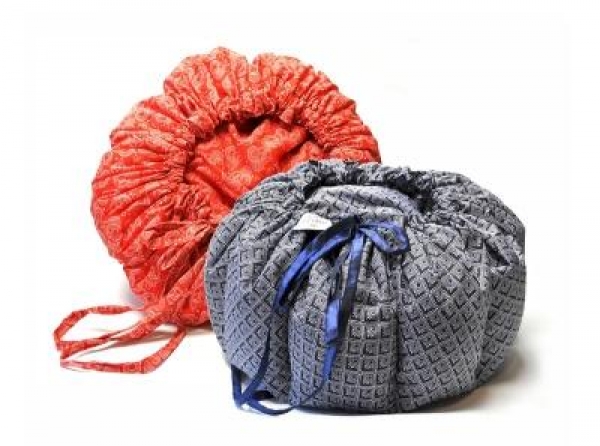 Now’s the time to put your company’s used polystyrene cups to work for the earth and our poor communities.

The Polystyrene Association of SA is initiating a community project where used Polystyrene cups from cafeterias and/ or coffee stations in businesses are recycled into Polystyrene balls to be used in cooking bags called Wonderbags. This is a recycling project for material that is sometimes difficult to include in the normal recycling stream and a social responsibility project all in one.

These cooking bags/ hotboxes used to be called hay boxes and originated during the war days when there was no electricity. It consists of a bag filled with recycled polystyrene balls into which one pops a pot with food already brought to boiling point on your regular stove. As the bag traps the heat inside the pot, you are now cooking with free, residual heat.

We have cooked exclusively with 2 of these bags for the past 5 years. Everything goes into the box: porridge, rice, veggies and meat. Even fried eggs go into the box. I believe they save us 90% of our cooking energy. I also keep my food warm in them. Nice to transport a hot meal to a friend, or used for catering. I serve my meals straight from my hotboxes.

Magic process cooks while you work

Cooking food in the Wonderbag is a two-step process:

Now you can go off to work, or to town, as your food will cook all by itself and cannot burn. When you return home you arrive to a delicious pot of cooked food. 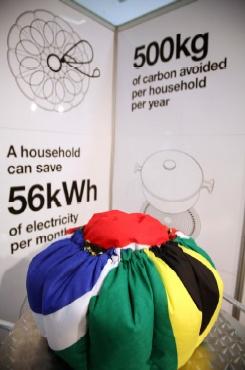 This cooking method is ideally suited to rice, pap, soups, vegetables, meat and vegetable stews and casseroles. Because of the slow-cooking method, the food retains its nutrients and texture, resulting in truly appetising meals.

Due to its insulating properties, the Wonderbag also keeps cold and frozen foodstuffs cold for several hours.

Save electricity, paraffin and carbon

Two independent studies conducted in 2009, found that with regular use, the Wonderbag can save at least 15kWh of electricity and 1.6 litres of paraffin a week, and as much as 50% of the energy needed of cooking. (I believe it’s much more!) A single bag also prevents 500kg of carbon emissions per year.

Due to its potential to mitigate the effects of climate change, the Wonderbag project is being registered by the United Nations Framework Convention on Climate Change (UNFCCC) as a programmatic Clean Development Mechanism (CDM) project.

This means that for every bag sold, verified carbon offsets will be traded on the international market.

As these bags are going to be distributed to disadvantaged communities, there are added advantages to the people and the environment: 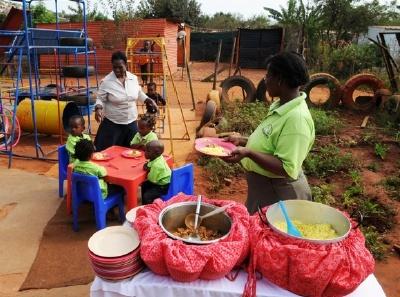 The Wonderbag facilitates 3 of the world’s most pressing solutions in one project: poverty alleviation, environmental conservation and social change.

Each Wonderbag is hand-sewn in the factory run by Youth for Survival, a skills development NGO. Founder of Youth for Survival, Moshy Mathe, understands that teaching people skills is not enough – they need the opportunity to apply their abilities and earn a living. For this reason, she secures contracts for her trainees to keep them employed. In addition to Wonderbags the Youth for Survival factory produces school uniforms, promotional clothing and beadwork.

The simple ritual of sitting down to a family supper at the end of a busy day is a step towards restoring the fabric of society. By easing the burden of food preparation, the Wonderbag allows women and girls to pursue other activities, such as education and skills development.

Contrary to many other conservation projects, the Wonderbag recognises that poor communities are primarily concerned with survival; hence it removes the burden of conservation by instead rewarding households directly for their contribution. This project shows an intimate understanding of the issues faced by vulnerable communities and is a robust and sustainable answer to these problems.

The Polystyrene Association of SA is inviting businesses to contact them and join this initiative.