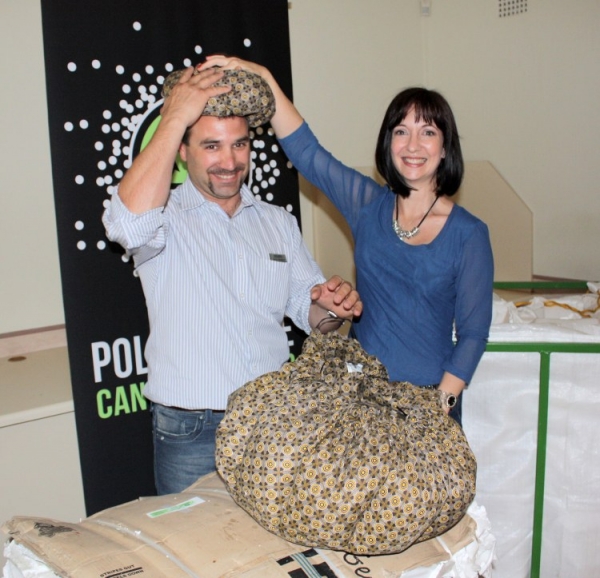 The Polystyrene Packaging Council (PSPC) recently hosted a very successful open day at the Plastics|SA head office in Midrand. More than 100 guests representing various aspects of the local recycling and plastics industries, as well as product developers and the media were treated to an informative morning – which included a site visit to WastePlan’s new factory in Watloo, Pretoria, to witness the recycling process firsthand.

According to Adri Spangenberg, PSPC Director, the aim of the day was to showcase the various products made from recycled polystyrene as well as the new initiatives that have been developed in recent years to promote the recycling of this versatile product.

The cherry on the proverbial cake, however, was the breaking news about a pilot project that has found a viable end-market for contaminated, coloured and black polystyrene. 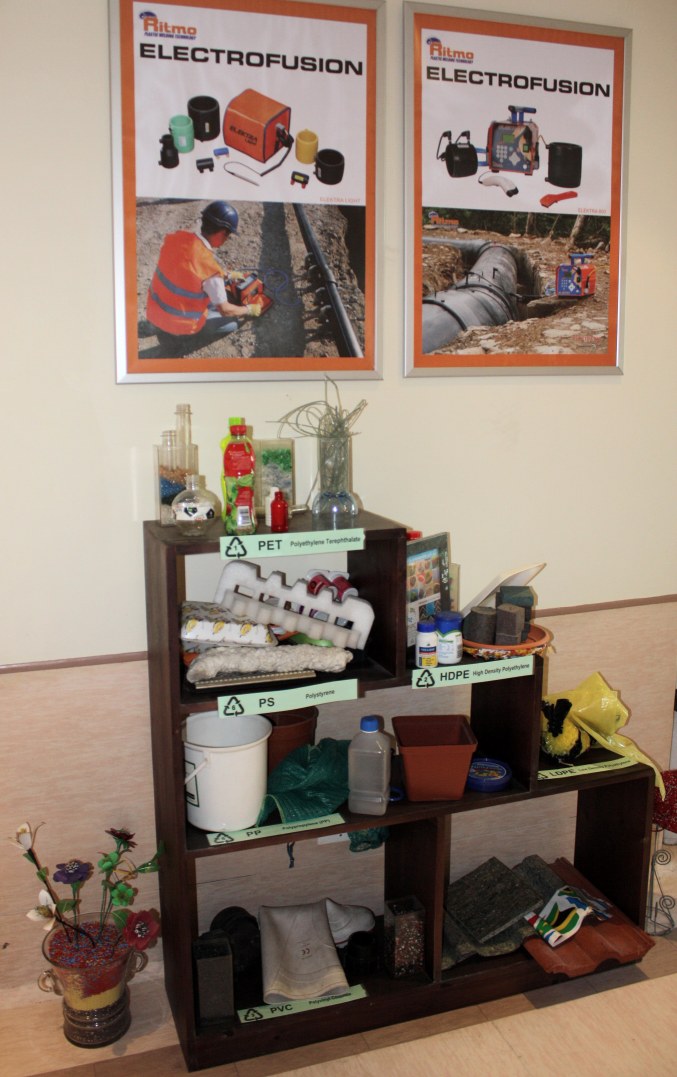 Launched towards the end of 2012, this joint venture between GC Construction, the Mobile Educational and Training Trust (NPO) and the University of Pretoria’s Construction Economics Faculty has created a viable end-market for contaminated polystyrene using a patented IP.

polystyrene has the highest recycling value

“Clear, colourless or white polystyrene has always had the highest recycling value, with waste management and recycling companies preferring to collect and recycle unpigmented containers,” explained Hennie Snyman, representing GC Construction and the Mobile Educational and Training Trust (NPO). However, we have developed a global patented chemical mixture that uses recycled scrap polystyrene (including coloured, black or contaminated polystyrene such as being used in food packaging applications, including fast food trays, take away cups or trays used to package meat and fresh fruit), to create a solid wall system for use in the construction industry”.

Snyman shared the impressive test results that had been obtained from the SABS the day before. “The SABS subjected the GCC and METT patented chemical mixture to a series of tests, from fire and water-penetration tests to load-bearing, impact and stress tests, at the South African Bureau of Standards (SABS). The results were off the charts and were met with unprecedented success,” Snyman said. “This was the first time in history that polystyrene had sustained heat at 1800˚C,” he added. 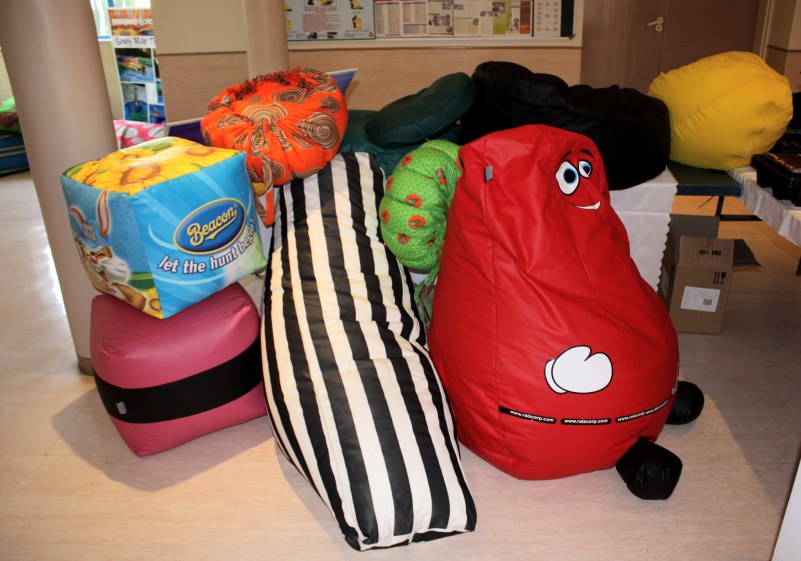 After a two hour fire test, using 15000l of diesel, the tested panel remained intact. Following the completion of the test, the outer temperature of the polystyrene waste and chemical panel had dropped 21˚ from start of test to two hours in furnace.

the dirtier, the better

The GC Construction has now received the go ahead from government to contribute to the construction of one-million houses in Africa using the patented chemical mixture, which is moulded into panels. Each 1 200 cm x 500 cm panel is made from 12 kg of polystyrene, waste and chemicals.  “We are going to need polystyrene – a lot of it – and the best thing about it is that we need real rubbish – the dirtier, the better,” Snyman was quoted saying.

The company’s flagship factory is based in Pretoria and became fully operational October 2012. However, due to the speed at which the project is developing, they have already had to move to larger premises. The factory currently houses a 375 l mixer, which can make up to 90 wall panels a day with plans to install two bigger 5 000 liter mixers later this year.

suppliers will be ready to help

The PSPC has also teamed up with waste management machinery manufacturer Akura to supply Akupak machines and auxiliary equipment, which include baling presses for the recycling industry, static compactors for supermarkets and retail shopping malls, as well as complete municipal waste transfer stations. “As soon as GCC needs material, we will be ready to supply,” Adri said. 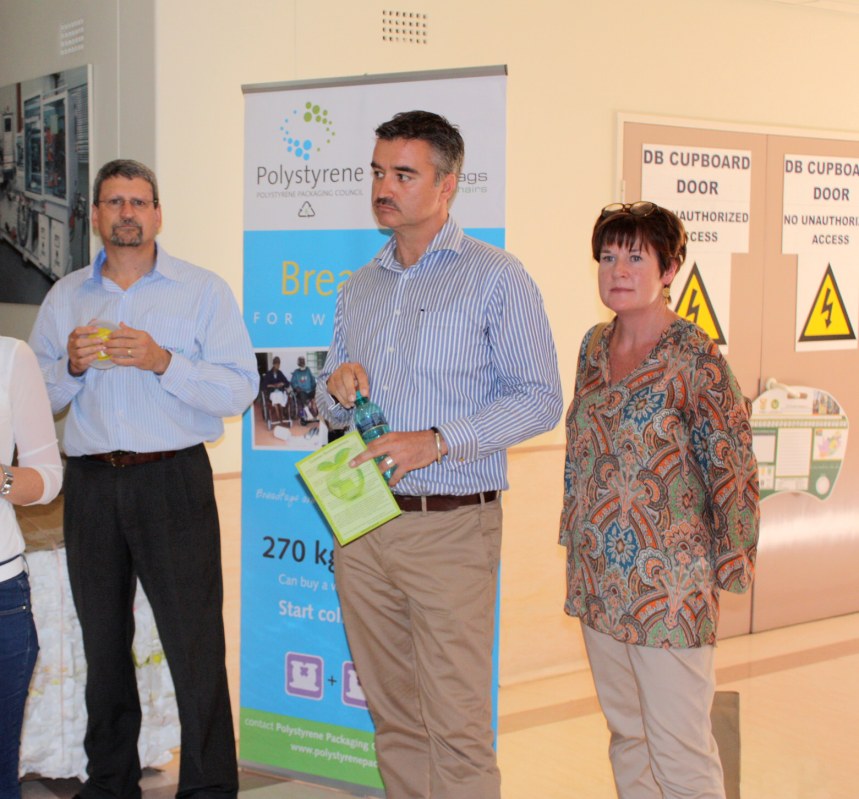 To this end, the PSPC has put certain measures in place in order to improve collection from households and transportation of the product. “Two balers have been installed at separate waste management sites in Gauteng, namely national onsite waste management company WastePlan, in Pretoria, and Absa Capital, in Sandton, which collects polystyrene waste from its own cafeteria and those in surrounding buildings to be baled and shipped for recycling.” Adri said. “The PSPC also installed a granulator at Remade Recycling – an independent multiproduct recycling company – in order to supply Hennie and his team with granulated polystyrene that we’ve collected from factories and large retailers,” she said.

Snyman added that they will be opening three factories in each of South Africa’s nine provinces to use the patented, dry-mix formula produced at the factory in Pretoria, to manufacture the wall panels and other construction materials that can be moulded from the mixture. However, to keep the intellectual property safe, GCC and METT dry chemical mixture will be mixed and packaged in Pretoria and sent to the various factories across the country. 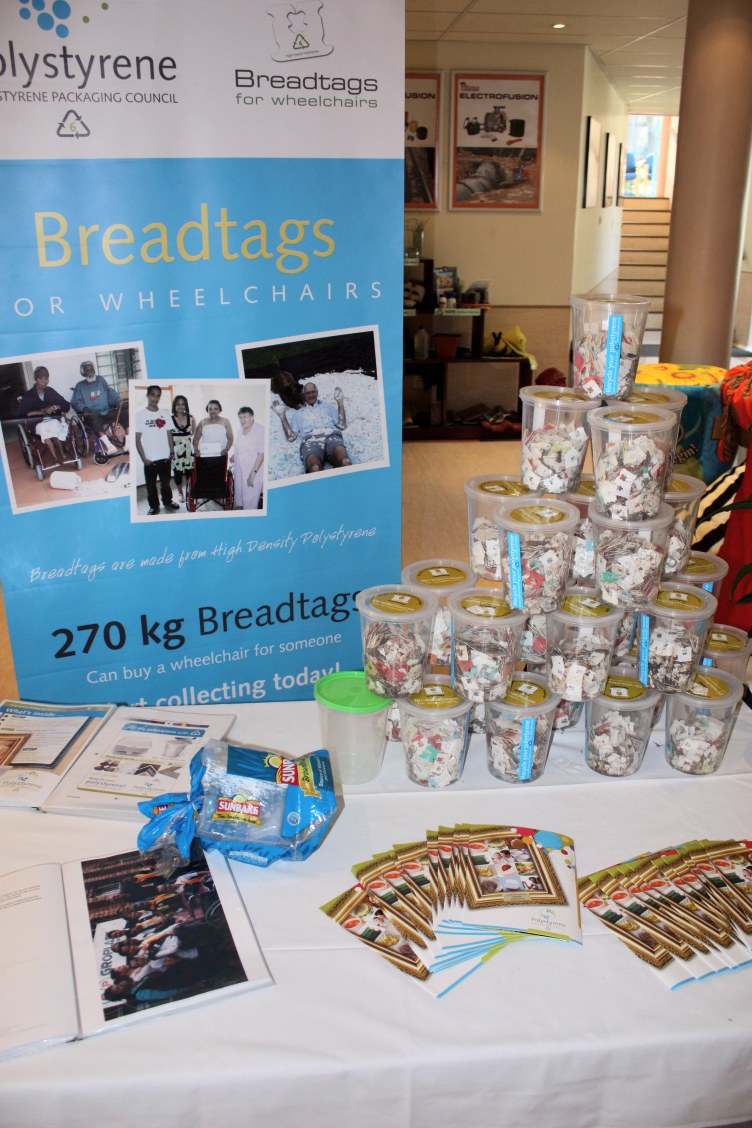 “It’s going to be a franchise-based job-creation project controlled by GCC and METT, which hold the intellectual property of the product,” Snyman said. “We will be rolling out the project across South Africa and the rest of the continent as soon as licenses are issued to interested parties. Once the licenses and relevant paperwork are in place, and the relevant machinery installed, there is no reason why factories would not be able to open up immediately,” Snyman said.

Whilst careful to commit to a specific date, Snyman said that four licenses would be sold very soon in Africa and that he was confident in the product and the speed of construction at which these houses will be constructed.

Meanwhile, data and statistics from the installed balers and granulator are being gathered for use in business plans for potential waste management companies. “The PSPC will use this information to help new companies and entrepreneurs who would like to start collecting polystyrene to generate income,” Spangenberg said. “We will be able to assist them with a business plan so they know what kind of machine they need and what volumes they need to consider. As the PSPC we will support them, assist with marketing and ensure that they get the materials for their machines”.