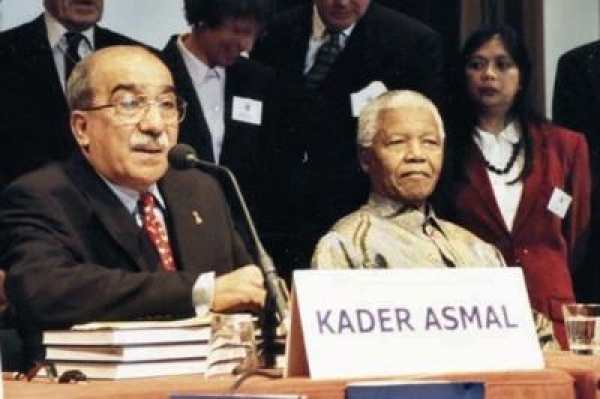 Today, ten years ago I was in London, listening to Nelson Mandela, Kader Asmal, Achim Steiner, and Medha Patkar all talking about the promise of the World Commission on Dams; how it would change the world of dams and development, and how you could walk the tight-rope towards a future where the poor did not lose everything and the rich did not gain everything.

I remember feeling very proud of the final report of the World Commission on Dams entitled Dams and Development: A New Framework for Decision-making, which showed the way towards such a future in concrete manageable steps. I remember feeling proud that I had been part of a process and a product that represented a key milestone in the direction of a brighter future for humanity and for the planet.

Something that offered a fairer future – one where those who had previously lost everything to dams would be compensated fairly or would be better off than before, one where the environmental and social impacts of dams would be given equal status to technical and economic considerations.

Its 2010 now, climate change – that was seen as science fiction until recently – has put his foot in the door, and the door is opening wider and wider to all the devastation that the future can bring, the future we are climatically wedded to. No matter what we do now, we as a species together with all the other species and biomes and regions and communities are facing the unleashing of a volatile, angry earth.

Today could have been a day of great celebration:

Instead what we have achieved perhaps is better statistics to document what we are losing. UNEP’s Millenium Assessment and their Global Outlook 2010 outlines in dismal detail the tragedies that unfold upon the earth – tragedies of extinction, climate change, loss of water, desert encroachment, etcâ€

The New South Africa is busy trying to squash journalistic freedom by introducing a twenty-five year jail sentence for telling the truth, the Lesotho Highlands Phase 2 Dams look all set to bring water to quench Gauteng’s economic hunger whilst the rising acid waters from old mines are threatening to offset the city’s thirst in unwelcome ways; Ethiopia is all set to build the Gibe 3 Dam which will not only destroy Lake Turkana but also the livelihoods of over half a million agro-pastoralists; and all those I visited five years along the banks of the Narmada River have been flooded out by the heightening of the Sardar Sarovar Dam, and all those I visited a month ago in the Town of Temaca, Mexico, face that same submergence if the El Zapotillo Dam is built. Once you have met the people affected, you can never unmeet them, and you know intimately the price paid by development. It is like meeting the killer and the killed.

In UNEP speak it is translated into:

‘This has resulted in a substantial and largely irreversible loss in the diversity of life on Earth.’

So, I raise my glass as the sun sets into the Atlantic Ocean to a decadal anniversary of Hope, feeling rather Hopeless. My partner Roy is playing his guitar and singing the Beatles song about the fool on the hill who sees the sun going down and ‘the eyes in his head sees the world spinning around.’ I feel like that fool – maybe I have seen too many Apocalypse movies – the plethora of which I think represents the unconsciousness of humanity trying to tell us to wake up, that we are treading on climate induced thin-ice, telling us to do something whilst we still can.

I salute too the World Commission on Dams as a brave attempt to change a world before it was ready, and I salute all those colleagues of the ICDRP and all those around the world who honour our planet and recognize our role in its plight, and our potential role in its recovery. And lastly, I salute Hope, although for now it is just a memory of something I believed when I thought a brighter future was coming our planet’s way.