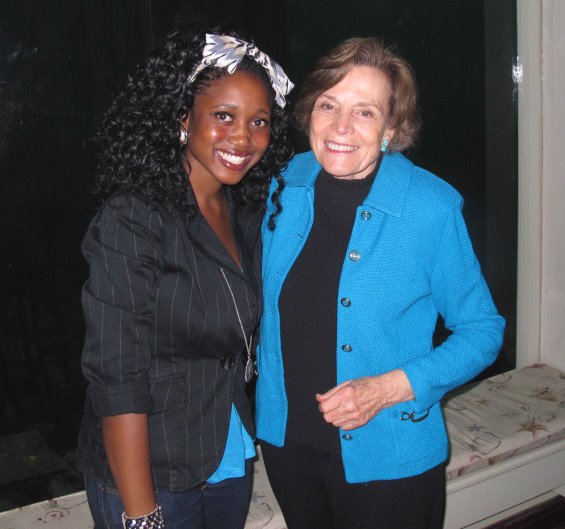 Sometimes, the desire to simply abstain from watching the news is overwhelming. Sometimes, it seems as though every aspect of modern society is drowning in a mire of hopeless negativity- proved by one more act of atrocious violence, one more case of political negligence, one more rhino slaughtered in a game park that was once the pride of the nation.

Perhaps the most depressing issue of all is the state of the environment. Each week, the media is flooded with new stories of melting ice caps, of animals driven to the brink of extinction, of pollution levels so high that the seas and atmosphere are choking. Our planet’s health often seems like a lost cause, and yet from out of this apparent darkness there comes a voice, offering a different perspective.

This voice belongs to a woman who has spent six decades crusading for the salvation of the planet. A woman better placed than most to offer an authoritative opinion as to whether or not it is too late to right the wrongs humanity has inflicted on the environment. This woman is Dr. Sylvia Earle- a renowned oceanographer, marine scientist, explorer and conservationist who believes absolutely that all is not lost.

Thanks to the ocean this planet is habitable

The ocean accounts for almost two-thirds of the planet’s surface. It is the ocean that makes Earth habitable where countless millions of other planets are not. It is the ocean that dictates our climate, stabilises the accelerated temperatures caused by global warming, and generates the vast majority of the oxygen we need to stay alive.

The ocean has also taken the brunt of the damage caused by the human race since the Industrial Revolution. Ocean acidification due to increased levels of carbon dioxide in the Earth’s atmosphere has caused extensive damage to coral reefs worldwide. Overfishing has led to the disappearance of 90% of large fish species from our seas. Every year, waste, produced by human industry, continues to exacerbate marine pollution.

The fate of the ocean is inextricably linked to that of the environment as a whole – so much so that if we can save the ocean, we can also save the environment. Dr. Earle not only believes that it is possible to achieve this seemingly Herculean task- she believes that this precise moment in time is the one in which to do it.

This decade is the sweet spot in time

According to Dr. Earle, the decade in which we are now living has the power to influence the outcome of the next 10,000 years. She calls this decade the ‘sweet spot in time.’ This is a brief window where we have not yet wrought so much destruction that the damage to our planet is irreparable, and where we have the knowledge and the technology, the resources and the awareness necessary to effect positive change in a way that we have been unable to do in the past. In her own words, “as never before and maybe as never again, this is the time”.

If Dr. Earle can be optimistic about the future of our oceans (and therefore of the planet as a whole), so should we be. After all, as a global leader in marine conservation, her positivity is validated both by intimate knowledge and vast experience. Dr. Earle has been a champion for ocean conservation for many years, in her capacity as explorer-in-residence for National Geographic, as the first female chief scientist for the U.S National Oceanic and Atmospheric Administration, and as Time Magazine’s 1998 Hero for the Planet. She has set world depth records as a diver, has received more than a hundred prestigious environmental awards and holds no fewer than twenty-five doctorates.

In 2009, Dr. Earle was awarded the TED Prize, which takes the form of a bursary given each year to an individual with a vision to change the world for the better. With the funds granted to her as a result, she set up a marine conservation organisation named Mission Blue. The purpose of Mission Blue is to capitalise on the so-called sweet spot in time in which we find ourselves today by creating Hope Spots,  protected areas in coastal regions around the world that are considered critical to the future health of the marine environment.

Ten day tour to promote our own Hope Spots

This December, Dr. Earle will commence a ten day tour of the country to promote South Africa’s first six Hope Spots. These flagship areas include Plettenburg Bay, Knysna, False Bay, Algoa Bay, Aliwal Shoal and the Cape Whale Coast near Hermanus – all of which join 51 already established Hope Spots elsewhere in the world. In time, the South African Hope Spots will become epicentres of conservation and education- dedicated not only to conserving the country’s uniquely diverse marine heritage, but also to promoting the involvement and increased awareness of the general public. 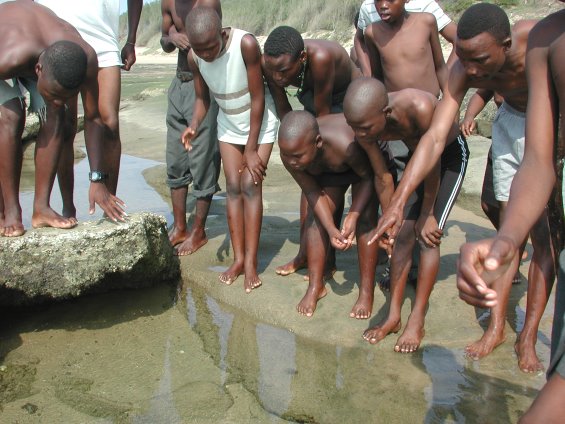 The ethos of, and indeed the whole purpose behind the Hope Spot initiative is to promote compassion for the future of the ocean and the environment as a whole that spreads beyond the spheres of science and conservation to which it is too often restricted. Instead, the Hope Spots aim to reach out to and include every South African living in this sweet spot in time – from schoolchildren to scholars, businesspeople, educators and politicians.

Through citizen science initiatives and action days that will educate children in accordance with the national curriculum, the Hope Spots aim to replace the negativity that currently surrounds the concepts of conservation and environmentalism with a sense of excitement and empowerment.

We are the generation with the power

After all, according to Dr. Earle, we are the generation with the power to save the planet – it is up to us to use every tool at our disposal to make the very most of this sweet spot in time. We have just a brief chance to bring the oceans back from the brink of disaster to which we have pushed them. It is up to us to act with the urgency needed to make the most of that chance. At no other time have people possessed the scientific and technological abilities that they do today; at no other time have we better understood the issues facing our environment.

Through education and empowerment, South Africa’s first six Hope Spots aim to give people from all social and economic backgrounds the desire and the ability to act on behalf of our oceans. The Hope Spots will champion the notion that whilst the problems we face today may have been caused by people, it is also people that have the power to solve those problems. In this way, perhaps the schoolchildren of today will not have to fear the news reports of tomorrow- perhaps they will exist in a more positive world, the product of our actions in this, the sweet spot in time.