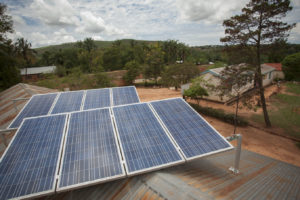 Yesterday’s announcement by South African President Cyril Ramaphosa that the threshold for self-generation power project licences would be lifted for projects generating up to 100MW of power is positive news for South Africa.

The draft amendment to Schedule 2 of the Electricity Regulation Act (ERA), was published for comment in April 2021. It contained a self-generation threshold of 10MW of power, which allowed power plants with a capacity of between 1 – 10 MW to not be required to obtain a generation licence, but to register with The National Energy Regulator of South Africa (NERSA).

The announcement by President Ramaphosa will require the draft amendments to be revised to increase the threshold to 100MW.

A step in the right direction

President Ramaphosa announced in October 2020 that, as part of his Economic Recovery Plan for the country, the current regulatory framework would be reworked to facilitate new generation projects as well as to fast track applications for own-use generation projects. The President’s announcement is a step in the right direction. It is hoped that the necessary regulatory amendments can be promulgated shortly to build on the momentum created by President’s announcement.

There has been broad acknowledgment that South Africa has to move forward towards the necessary energy transition and the increased utilisation of renewable energy, and that the country has been in dire need of a reliable and secure energy supply. The announcement brings South Africa more in line with the global energy transition towards a decarbonised and decentralised energy system. However, policy clarity is urgently needed in respect of the right of licence-exempted generators to sell their excess power to energy distributors.

“Greenpeace Africa welcomes President Ramaphosa’s decision to lift the threshold on Independent Power Producers generation to 100 MW, the next step is to capitalise on the potential of the residential sector to address South Africa’s chronic energy insecurity. Had this decision not been delayed, South Africa could have avoided the onslaught of load-shedding during a brutal winter, and have provided South Africans resiliency in the midst of the pandemic.

“South Africa’s economy is not in its transmission lines; it is in its people. We continue to encourage The Department of Mineral Resources and Energy to implement the Integrated Resource Plan and strengthen its renewable energy components. The IRP has the potential to reduce greenhouse gas emission by 84Mt of CO2 annually. The government needs to exploit this potential to limit the overshoot of the 1.5 degree celsius target as agreed to in the Paris Agreement.

“Eskom’s future going forward can only be with a focus on renewables. The alternative is a very dark and cold load shedding future.”

“President Cyril Ramaphosa’s announcement yesterday that he is opening up the energy sector for more players to come in and start generating power, is very welcome,” says Green Connection’s Liziwe McDaid. “We are particularly pleased that the President is looking at embedded generations, which means more stored solar power on the grid. This should mean that electricity prices will become more affordable,” she says.

Ramaphosa announced that government will lift the threshold for embedded generating electricity capacity from 1MW to 100MW, allowing households and businesses to contribute to solving the country’s energy shortage.

McDaid says, “This is very important because it should open up space for communities to form co-ops, to partner with energy companies to get their own renewable energy onto the grid and in so doing, they will be able to alleviate load shedding for themselves.”