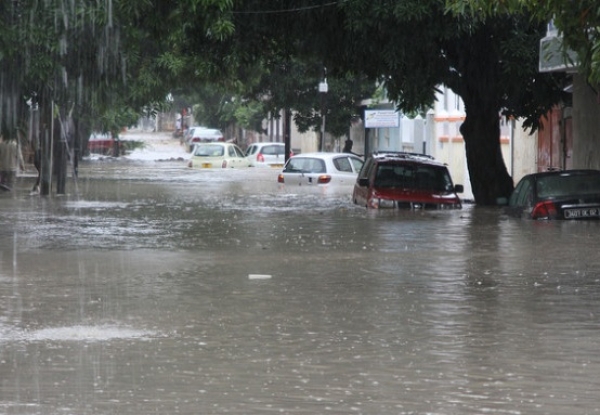 As UN climate negotiations closed among terrible floods in Southern Germany and Eastern Europe, civil society observers warned that the European Union had a lot of work ahead to make November’s annual UN climate summit in Warsaw, Poland, a success.

“This week one of the most conservative bodies in the world, the International Energy Agency, warned we are on track to risk 5.5C of warming by the end of the century. That’s the end of organised human communities. We are facing a planetary emergency being ignored and fuelled by polluters – people everywhere must mobilize to transform our societies.” Lidy Nacpil of the Asion Peoples’ Movement on Debt and Development (APMDD) said.

“Cut through the clutter and one single truth stands out – there will be no ‘deal’ in 2015 if developed countries don’t raise their pre-2020 climate pollution targets. In Bonn developed countries tried to avoid this question, but they can’t avoid it much longer and say with a straight face that they want a comprehensive and equitable agreement that works for the planet and for people.” Meena Raman, negotiation expert at Third World Network said.

“We are pleased that equity was identified as common ground, and governments are talking about effectively facing the equity challenge, the first step to do that would be for developed countries to raise their pre-2020 targets, the second is to lock-in a formal process to determine how equity will be applied going forward.” Mohamed Adow, Global Advisor on Climate Change at Christian Aid said.

“Due to procedural blocking in Bonn we lost time to build the international loss and damage mechanism that communities only need because there has no been no real action to cut climate pollution and no support for poor communities to adapt to a changed climate.” Azeb Girmai, Ethiopian focal point of Least Developed Countries (LDC) Watch said.

“As the incoming host of the UN climate summit, Poland needs to find a way to ensure the outcome in Warsaw is an international mechanism on loss and damage that enhances our ability to prevent further loss, provides finance, and ensures global coordination.” Azeb Girmai, Ethiopian focal point of LDC Watch said.

“International climate finance will be the beating heart at the centre of any international agreement – it will help poor and vulnerable communities deal with climate impacts, and it will drive the global clean energy transformation as well as any effective loss and damage mechanism.” Brandon Wu, Senior Policy Analyst at Action Aid said.

“After these talks in Bonn, it’s clear that climate finance needs an urgent adrenalin shot. COP 19 in Warsaw must hold a ministerial meeting on finance, that can deliver the public finance that developed countries are obligated to provide.” Brandon Wu, Senior Policy Analyst at Action Aid said.

“The people of Poland, in common with the people in Europe and people everywhere are resisting dirty fossil fuels and demanding energy solutions that don’t pollute the climate and poison communities. The Climate summit in Poland will be a crossroads on energy – we have to choose a path that includes decentralized, and people-controlled power both here in Europe and in the global South.” Asad Rehman, Head of International Climate at Friends of the Earth said.