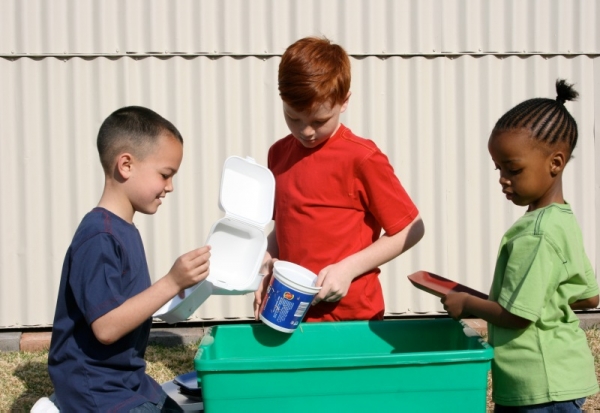 “Polystyrene is an excellent packaging material due to its insulating and protective properties. Unfortunately, many people are still unaware that the material (also often referred to as styrofoam) is recyclable and that a wide range of products can be manufactured from it. We want to prevent polystyrene from becoming waste material that gets sent to the landfill,” Spangenberg says.

Until recently, polystyrene was difficult to dispose of and the Polystyrene Packaging Council found it challenging to convince waste collectors to gather the material. “The difficulty arose when businesses or households wanted to dispose of unwanted polystyrene packaging. Although there is a value to recycled polystyrene, the lightweight yet bulky product takes up significant space in a waste skip. This means the skip needs to be emptied more often – therefore incurring more cost,” Spangenberg explains.

Research conducted in the United Kingdom recently conservatively estimated that hundreds of thousands of tons of waste polystyrene is produced and sent to landfill on an annual basis in this country alone. Because the material is very lightweight compared to its volume, it is not hard to imagine how much precious landfill space is filled with tons of polystyrene in South Africa too.

Thanks to recycling partner WastePlan, who has recently invested in a brand new Akura X30 Bramidan baling machine, this problem has now found a solution. The once bulky “white stuff” is now compacted into bales of styrene weighing approximately 70 kgs each, which is easily transported to the converters.

“The process of compacting used packaging and waste has a major impact on operating costs and saves a lot of time, space and manpower,” says Bertie Lourens of WastePlan. Cost-effective and reliable compression reduces the volume of bulky waste materials by as much as 90 %. By no longer moving lots of “empty space” around in unwieldy bundles, we are able to reduce transport and disposal costs”, he explains.

During the first month alone, WastePlan was able to recycle an impressive 3 tons of post-consumer polystyrene at its plant in Pretoria.

“WastePlan and the PSPC would like to ask all households and businesses in the Eastern Suburbs of Pretoria area to make sure they place all their used polystyrene out for collection in the clear bags provided, along with their other recyclables. “Because polystyrene is a plastic (identified by the number 6 polymer identification triangle), products such as used rinsed out take-away hamburger clamshells, coffee cups, meat trays and the packaging material which comes around television sets, DVD machines or fridges are fully recyclable and will create jobs for thousands of collectors, converters and recyclers operating in the greater Pretoria area”, Spangenberg says.

If you live in the Eastern Suburbs of Pretoria and would like to know how to participate in the free recycling collection service, go to www.wasteplan.co.za or call 086 111 6699.

For more information about Polystyrene recycling or for drop-off sites, visit: