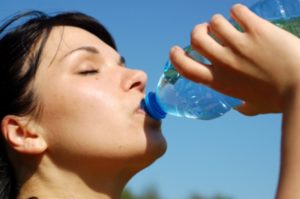 The hospitality and leisure industry will need to pull in its belt to meet the challenges of increased water tariffs, announced by the Department of Water Affairs’ long term investment plan released earlier this week.

This is the opinion of the Heritage Environmental Management Company, Africa’s leading tourism-based environmental certification brand. This plan will see consumers needing to dip deeper into their pockets to cover the increased costs even if the Treasury were to help subsidise the plan.

“Water costs could even rise more than 45% over the next two years,” predicts Heritage MD Greg McManus.

“South Africa is a water-strapped country, but because water has historically been regarded as an inexpensive commodity, it has largely been abused and taken for granted. Demand for water has outstripped the country’s aging water management infrastructure’s ability to provide this important resource. The socio-political challenges facing the supply and distribution of water grow daily and this industry and its associated sectors will need to make greater strides in their efforts to use water more wisely”, he adds.

The reason cited by the department for the increase in water prices is due to a funding shortfall of 56% of the more than half-a-trillion rand needed to pay for water infrastructure, services, conservation and demand management over the next ten years. According to the department, R573-billion is needed for the “total water value chain” of which only 44% would be funded by government, leaving consumers to foot the shortfall through increased tariffs.

“Water will become an expensive commodity and it will impact tourism as much – if not more than electricity already has, and it will represent yet another challenge to our efforts as a destination to remain competitive. Yet, in spite of the warnings and recent announcements, too many tourism businesses continue to ignore the reality facing the country or the impacts a lack of water will have on their ability to operate,” says McManus.

One of the highest consumed resources

According to models developed both locally and internationally, travelers use as much as 400 litres of water each day that they are in the country. It is estimated that golf courses use as much as nine million litres a week! The transport sector and suppliers to the hospitality sector remain responsible for even higher consumption patterns. While no definitive research has been done on the consumption of the tourism and hospitality sectors as a whole, water remains one of the highest consumed resources in the industry.

Although some leading companies and individual hotels and lodges in the hospitality industry have shown remarkable foresight in a number of initiatives designed to reduce and conserve water, the current low cost of water and outdated service and operational standards remain deterrents to the introduction of large-scale efforts to reduce consumption across the industry. The latest announcement will certainly raise awareness of the critical situation faced by the country, but greater effort will be required to give water conservation the same profile as energy if SA is to have any hope of meeting the needs of future generations of citizens and visitors.

The latest announcement of water hikes comes at a time when the country and industry have also been hit by increased fuel and energy costs, and the introduction of e-tolling costs in Gauteng.