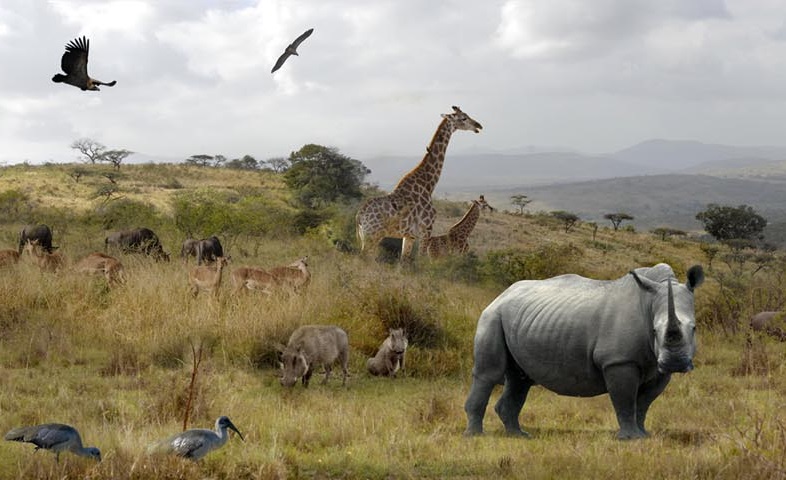 WESSA is deeply concerned about the application by the company Ibutho Coal to develop an anthracite coal mine right on the boundary of the world-renowned Hluhluwe-iMfolozi Park (HIP).  This proposed Fuleni Mine has the potential to generate severe and irreversible impacts on this flagship nature reserve and on the communities of the Fuleni-Umhlana area.

WESSA opposes Ibutho Coal’s application since it proposes open-pit mining within 30 to 70m of the Park fenceline.  Undoubtedly the noise, blasting, vibrations and other side-effects of the mining will have a severe adverse impact on this world-famous wilderness area.

The managers of HIP, Ezemvelo KZN Wildlife, have reported that the existing Zululand Anthracite Colliery and Somkhele Mine – both of which are situated much further away from the Park fenceline than the proposed Fuleni Mine –already affect the park adversely. Mining noise can, for example, be heard within the park’s boundaries, particularly at night, and this impacts both the fauna and tourism.

We also cannot ignore the fact that acid mine leachate from so many of South Africa’s existing, closed and abandoned mines has already polluted wide areas. This has created a costly national problem, which is threatening scarce water resources and community health. The proximity of this newly proposed mine poses a serious acid mine leachate risk to the Hluhluwe-iMfolozi Park.

Another critical concern to WESSA is the strong likelihood that the mine will lead to an increase in poaching in the HIP, which contains one of the densest populations of rhino in the world. The park’s rhino population is already under serious threat by poachers, as reported by Ezemvelo. WESSA has been intimately involved in trying to protect rhino and elephants from poaching since the early 1980s, and holds that this increased risk should not even be tolerated.

WESSA fully supports the motions of objection filed by the Save our iMfolozi Wilderness Alliance against this application.  They have submitted an objection against this application to the Minister of Mineral Resources, Minister Ngoako Ramatlhodi, and have called on him to implement his Ministry’s pledge last year that “some places are sacrosanct – they have such high conservation value that we together commit not to disturb!”

They have also called on the National Ministers of Environment Affairs and Tourism to persuade the Department of Mineral Resources to recognise the Hluhluwe-iMfolozi Park as being one of these sacrosanct places, and that Ibutho Coal be required to forego mining within the buffer area of this Park.

WESSA notes that when the Somkhele mining company discovered another viable coal seam close to the HIP boundary a few years ago, they acknowledged the tangible value of the iMfolozi wilderness area and chose not to mine this seam; instead they laudably selected a seam further away to reduce the negative impacts on the Hluhluwe-iMfolozi Park.

WESSA joins with Ezemvelo KZN Wildlife and the Save our iMfolozi Wilderness Alliance in requesting Minister Ramatlhodi to recognise this appropriate precedent and require the same of Ibutho Coal.