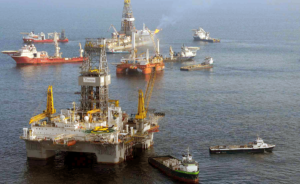 These are many of the reasons ONO objects to how the EIA process has been handled for the Sasol / ENI proposed exploration for 2019 off the KZN coastline.

This letter serves to lodge an objection to the proposed exploration for the reasons listed below. It also serves to highlight numerous contentious issues with this DEIAR process. Our primary concern is that there is clear systemic injustice and fundamental flaws in the DEIAR process for this application, and as such ERM have failed to comply with the DEIAR requirements as set out in NEMA and the EIA Regulations and this is evident for the following reasons:

It can reasonably be argued that much contemporary baseline information against which the impact of the project can be weighed remains unavailable and accordingly it cannot be said that context has been properly established within the Draft Environmental Impact Assessment Report (DEIAR). Support for this submission is as follows.

Criticism of the oil spill modelling