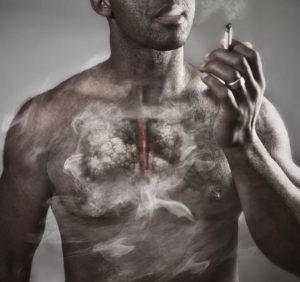 Today is World Tuberculosis Day, and the National Council against Smoking (NCAS) is placing the spotlight on the impact of smoking on tuberculosis (TB).

TB is the country’s leading cause of death at 8.8% of all deaths, according to Stats SA. TB is passed on from one person to another through the air, usually through coughing or sneezing.

It is fully treatable although the treatment period is long – 6 months. It is important for smokers to understand that they increase their risk of getting TB again, even after having it once, and fully recovering from it. This is called “recurrent” TB and is a risk that arises from tobacco use.

“As the coronavirus (COVID-19) pandemic sweeps through the country, behaviours that weaken the immune system and lungs place individuals at greater risk. It is anticipated that people living with TB may have poorer treatment outcomes if they do contract the virus,” says Kalideen.

Kalideen highlights that our high rate of HIV infection has made people more at risk of tuberculosis, with over 60% of people in the country with HIV also having TB. According to the World Health Organisation’s 2019 figures, two-thirds of the 63,000 people who died from TB in 2018 were HIV positive.

“Compromised immune systems as a result of both treated and untreated TB and HIV may put HIV positive people and those with TB at much higher risk for serious health complications but we do not know how or to what extent. We do know that smoking aggravates any of these existing health conditions.” 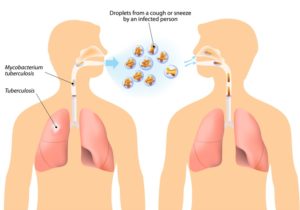 Compared with those who have never smoked, people who smoke can double their risk of both latent tuberculosis infection and active tuberculosis, says Kalideen. The National Strategic Plan on HIV, STIs and TB states that up to 80% of the population of South Africa is infected with TB bacteria, most of whom have latent TB rather than active TB.

“A latent TB infection can have no symptoms and people may not feel ill, while with active TB disease, the bacteria multiply in the body, becoming contagious,” says Kalideen.

“The chemical components of tobacco smoke can trigger these latent infections of TB to become active. Even second-hand smoke increases the risk of contracting the disease and the development of active TB, especially in children. This should be reason enough not to start smoking cigarettes, e-cigarettes or hookah pipes, or to stop if you are already a smoker – and to avoid being exposed to secondhand smoke if you are not a smoker.”

Importantly, hookah pipes place users at risk of TB transmission if they share a single mouthpiece with someone who already has TB. 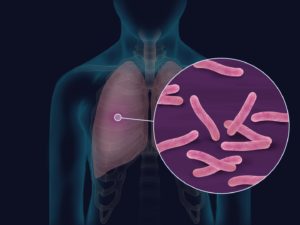 Kalideen says smoking can also increase the risk of disability and death from respiratory failure in people with active TB. WHO statistics show that in South Africa (SA) alone, smoking already results in more than 20% of tuberculosis (TB) deaths.

Citing a study from BMC Infectious Diseases Kalideen says, “Studies show TB related deaths are significantly higher in smokers than in never-smokers, up to nine times higher for smokers than for never-smokers among individuals without a history of tuberculosis. The study concluded that when smokers quit smoking, your risk of death due to tuberculosis drops by 65%.” 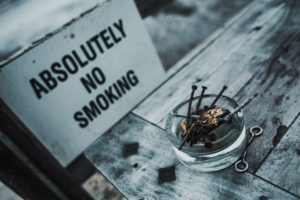 “Smoking influences the risk of contracting TB, plays a role in developing the active form of the disease and contributes to whether or not the smoker will die from it. Research also shows that continuing to smoke while on treatment for TB impacts negatively on treatment outcomes,” says Kalideen. “Studies show tobacco use harms people who have already been successfully treated for TB because it places them at higher risk of getting the disease again.”

Kalideen says the Control of Tobacco and Electronic Delivery Systems Bill, which strengthens tobacco control and makes indoor public areas 100% smoke-free, and makes many outdoor public areas smoke-free too – will have a wide-ranging impact on public health, including reducing the impact of TB. “We have to control tobacco use to protect the health of our nation,” says Kalideen.

“We urge South Africans to use the lockdown as an opportunity to stop smoking. They can call our Quitline on 0117203145 for support to stop smoking, or access information via the website or Cansa’s online resource. They will reduce their own risk of TB by doing so, and in that way protect their family and friends from TB too.”