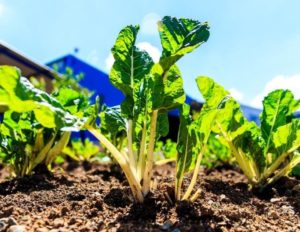 For the past 50 years, human activities have dramatically reduced biodiversity across the globe. We have, through our actions, extinguished our habitats and reduced populations of plants and wild animals by up to 60% so that today, our natural resources and the species on our planet are under threat – from us.

In fact, the negative impact we have made is astounding. Just take how the number of animals in Africa has dropped by 65%, while flying insect populations in Europe have dropped by 75% and even the blue fin tuna has been affected with a decrease of 96% in numbers in the Pacific Ocean.

No matter where we go, our biodiversity is declining at a rapid pace, and while climate change is dominating global agendas at the moment – the losses we are experiencing in our biodiversity are just as relevant and important.

We already know that the main causes of biodiversity loss can be attributed to the influence human beings have on the world’s ecosystem. With the over exploitation of our natural resources and our ongoing need to extract, create, build and grow each year, we are steadily diminishing animal and plant species. Humans have become excessive – we are over hunting, overfishing, over logging, over dumping and over mining – all of which accumulates in biodiversity losses – many of which may never recover.

This has led to habitat losses where several have been degraded or destroyed as a result of human activities. We have already witnessed the effects of heightened pollution and how this impacts soil, water, air and agricultural crops, which in turn has led to toxic chemicals and substances being released into the biological systems – and ultimately, in some, cases, the mass extinction of a species. Out of all the major causes of biodiversity loss experienced globally, pollution causes more damage to the depletion of our natural biodiversity.

Biodiversity puts food on the table

Scientists have discovered that there could be 8,7 million species living on our planet – biodiversity refers to every living thing including bacteria, plants, animals, insects and humans – and only 1,2 million species have been identified so far. Each and every species has an important role to play in the health and functioning of our ecosystem – the greater the variety and diversity, the more robust the systems are for all life forms. In simple terms, biodiversity is responsible for the water we drink, the air we breathe and the food we eat and given that the planet holds around 7 billion people, it is crucial for us to preserve biodiversity in order to meet the needs of the expected 9 billion people that will inhabit this earth in 2050.

South Africa generates 122 million tonnes of waste per annum. This is about R25.2 billion worth of waste being generated, and approximately 90% of this goes directly to landfill. And that is just South Africa – can you imagine the global figures? This means that we urgently need preventative measures to change the trajectory and impact of this waste, especially if we want to support a healthier planet, and preserve and restore biodiversity around the globe.

Take the Circular Economy Model. This is an example of a strong reformative system, that offers significant opportunities to not only deliver on more inclusive economic growth and job opportunities, but just as importantly, supports positive environmental practices that are directly needed for our own sustainability. We have a model, today, that can not only strip out all unnecessary waste materials being used on a daily basis – but it can also contribute towards the reduction of energy consumption and raw materials – and allowing these materials, energy, and resources to be ‘fed’ back into a system, without incurring excessive waste products or harmful effects. Through this circular economy model, we believe there is an opportunity for companies to optimise their own waste streams for use in other industries – which not only creates an opportunity for further cost savings or additional revenue generation, but also – very critically – protects the environment.

Be part of the solution for nature

There is no doubt that proper waste management helps improve the quality of our water systems, lands, and air, as well as reduces the emissions of greenhouse gases. This we know. Which is why we shouldn’t be apathetic about waste management, remember; “we don’t inherit our land from our parents, we borrow it from our children,”. We can no longer look at waste management with a linear view, it’s too late – we have to do more – we have to place more focus around the ‘throw away culture’ that many businesses, individuals, and households have, if we want to make any change to our planet, our resources and all species that inhabit this earth.

Just by merely taking recycling, reuse, repurposing – seriously – whether it be in our homes or through larger initiatives like regenerative agriculture practices, reforestation and embracing emerging green technologies – we can restore the earth’s natural habitat and biodiversity.

Waste forms a critical pillar to this and therefore removing the heavy reliance on fossil fuels, in many industrial practices, and providing alternatives like green energy to support South Africa’s growing needs, has become such a serious issue of market debate – and rightfully so.