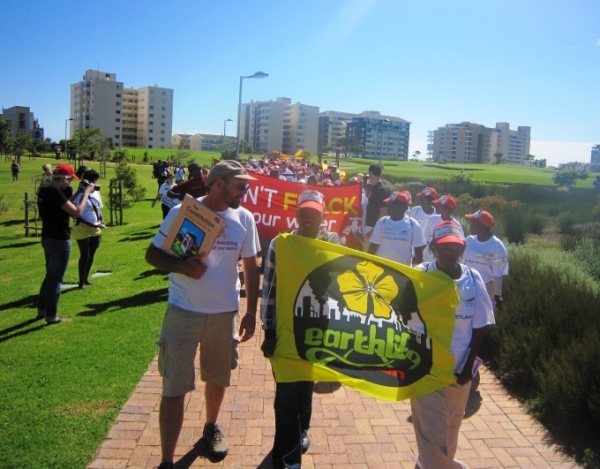 “Fracking no, fracking never! Clean energy, now and forever!” chanted about 140 protestors from various communities in Cape Town, as they took to the street on Human Rights Day, to protest against plans that Royal Dutch Shell and other companies have to explore for shale gas in the Greater Karoo Basin.

Earthlife Africa Cape Town staged the protest, to highlight the threat that fracking poses to the basic human right to clean air and water guaranteed to each citizen under South Africa’s constitution, should the current moratorium on shale gas exploration be lifted at any time.

The protest took the form of a ‘Speaker’s Corner’ in Green Point Park, where people from various communities in Cape Town were able to voice their opposition to fracking, and ended with a walk through the park and along the Promenade in Seapoint, sharing information and flyers with people along the way. Particularly visible were people from Makhaza, Khayelitsha and surrounds, who spoke of the clear threat of fracking to water in general. 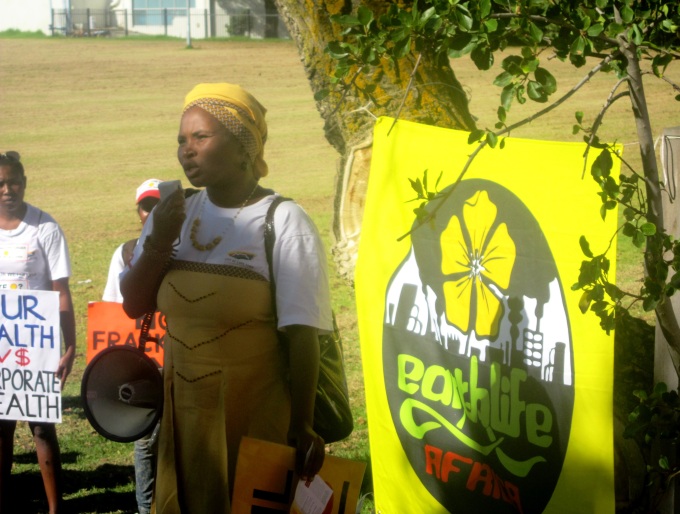 No water, no food and people are hungry

“As 22 March is also World Water Day, we want to place special emphasis on the fact that the vast quantity of water needed in the proposed fracking operations will be permanently removed from the water cycle – much of the water used remains underground after the fracking procedure, and the waste water that is generated is so toxic to all life that it has to be contained permanently,” said convenor Marina Louw.

“South Africa can ill afford to squander its scarce resources in this way – our water demand could outstrip available supply between 2025 and 2030, and experts are warning that increasing demand for water will place severe strain on our country’s ability to supply this finite resource.”

“Gas companies do not have a safe way to clean and dispose of fracking waste water, and this has been the cause of more than a thousand documented cases of contamination in the US alone. Municipal water plants are not equipped to deal with it. Vast volumes of frack flowback, combined with Acid Mine Drainage and our already stressed waste water plants, spell potential disaster for the people of our country, especially poor rural communities, who are usually worst affected by mining operations,” added Muna Lakhani, branch co-ordinator of Earthlife Africa’s Cape Town branch. Reports are that cleaning up of AMD will run into over R1 billion every year. 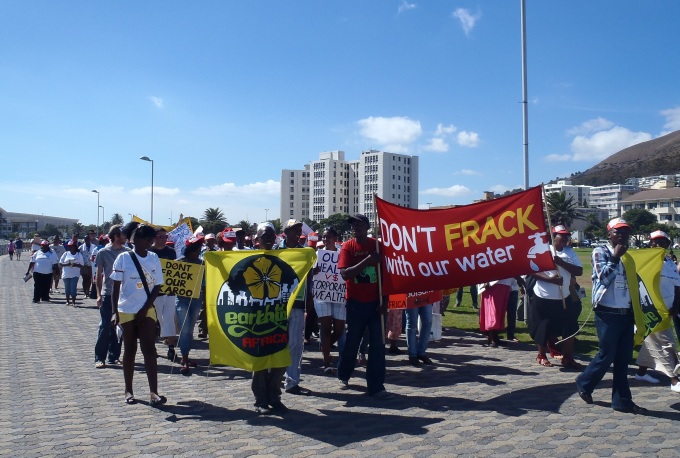 The group felt that the long-term environmental, health and economic costs that come with fracking far outweigh any short-term economic gains that a shale gas boom might bring, and will not benefit lower skilled workers and poor communities.