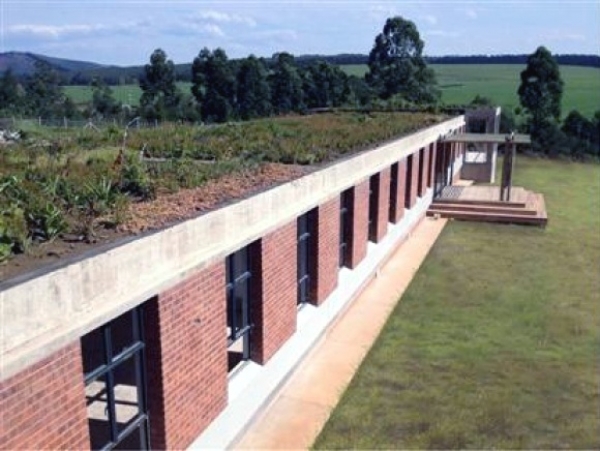 The Green Building Council of South Africa (GBCSA) congratulated the KZN Department of Public Works on the 5 Star rating for the Sisonke District Office, as it signifies South African excellence in green building.

“We applaud the KZN Department of Public Works’ commitment to sustainable development and the leadership role it is taking,” said Brian Wilkinson, CEO of the GBCSA.

“As the largest building owner in South Africa, the State has the potential to make a significant positive difference to the environmental impact of the built environment in South Africa. Apart from being a provincial Government first, this achievement is especially important as it will surely encourage other government departments to strive for best practice in green building.”

The final cost of the new building was about R21-million, which is about 1,5% more than a conventional building would have cost, but the long-term savings through energy and water efficiency will more than balance out the additional expenditure.

The office consists of two single storey buildings, and is the first of four proposed phases of development on the 7.6 hectare site – to be followed by additional office space. The site was previously unused and overgrown with invasive alien vegetation. The remainder of the site has been landscaped to return it to its endemic Natal Mistbelt grassland habitat.

Many jobs and opportunities created

“While this is the first Public Works Green Star SA building, I am certain that this accolade will be followed by many others,” he said.

Sustainable design consultant Paul Carew explained that the Green Star SA submission for this particular project was remarkable because Sisonke received the 5 Star certification in the first round of submission, obtaining 63 of the 65 points submitted. 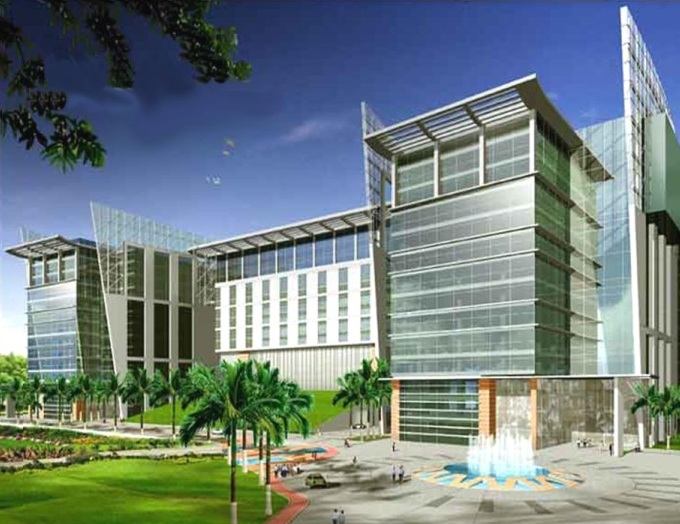 As green building practices take hold in South Africa, initial projects have usually achieved lower scores, worked further on the design, and only obtained certification on the second round of submission.

“We believe this certification on the first round was a result of focused control on the submission documentation itself to ensure compliance with the GBCSA’s Technical Manual requirements. This approach reduces the burden of documentation on both the project team itself, the GBCSA, and its independent assessors reviewing the submission,” added Carew.

“We look forward to more projects achieving similar results as the submission process slowly imbeds itself in the everyday activity of producing the conventional contractual documentation,” he said.

The office building is long and narrow, and architect Steve Kinsler noted that the north-facing orientation of the building was an important first step towards greening. It was also important that materials used during construction of the building were locally sourced, and these included face-brick and aggregate for the concrete, for example.

The Sisonke District office reduces energy consumption by taking advantage of natural daylight to minimize the amount of electrical light needed. Natural air-flow is also maximized in the building, and it does not require mechanical air conditioning.

In winter, the building is heated through warm water pipes under the floor, and this water is heated using an energy efficient heat pump. Solar water geysers are also used to provide hot water.

The lighting systems have been designed using high efficiency lights, and fitted with motion sensors. Areas or equipment that use a lot of energy are monitored, allowing the building operator to measure energy use and identify possible savings.

The green office is equipped with water efficient fittings, which can save up to 70% of water consumption. Water metering also allows for monitoring of water consumption, and rainwater harvesting assists with washing cars and flushing toilets, and also reduces the run-off from hard surfaces during a storm event. This reduces the negative effects on nearby water courses.

Alternatives to single user car travel are encouraged, to alleviate negative impacts on the environment, and improve access through reducing congestion.

Walking and cycling to work are encouraged and cyclist facilities are provided, including lockers and showers to freshen up after cycling to work. There is also provision for visitor bicycle parking. Safe cycling and walking routes are provided through the site, with pedestrian crossings.

One of the most striking elements of the Sisonke office is the extensive roof garden – home to water-wise plants. They only require a thin layer of soil to grow, and don’t require significant additional structural reinforcing to accommodate the extra weight of the gardens.

There are over 70 endemic species included in these roof gardens, which bring a significant biodiversity boost to the area. They provide natural beauty and a habitat for small insects and birds, and slowing storm water run-off.

The gardens make use of ‘xeriscaped’ landscaping, using local indigenous plants, which, once they are established (after about three months) don’t require any irrigation.