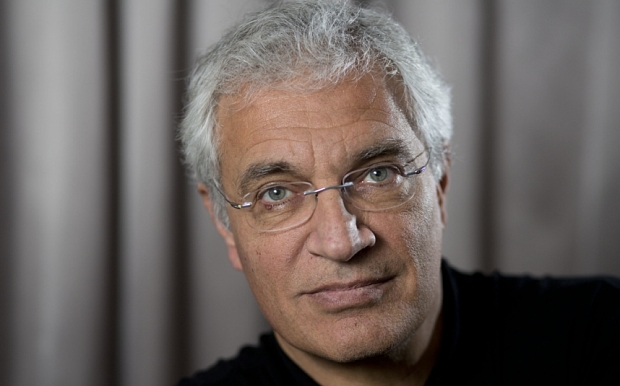 The man behind the Oscar-winning film The Cove is back with a new eco-thriller that goes undercover to document the plight of endangered animals.

Thirty years ago, Louie Psihoyos watched in horror as two young children were killed a few steps in front of him. On a blue-sky day near a market in Perkiomen, Pennsylvania, he noticed a family walking hand-in-hand beside the road ahead of him.

A large van swept past and he saw that one of its giant wing mirrors was going to hit one of the children as it headed towards them. Psihoyos shouted, but it was too little too late. Both children were dragged beneath the van’s wheels and crushed.

“They died right in front of me,” says the 58-year-old, Oscar-winning filmmaker, his moss-green eyes stretching in incredulity.

It’s an arresting story, one that drove him to spend five years making his new documentary, Racing Extinction, which was launched this week. Its timing couldn’t be more prescient.

This time humanity is the meteor

Just last week one of only four surviving while rhinos, a female called Nola, died in captivity in San Diego zoo. Now only three remain, all unlikely to reproduce because they are too old or ill. Psihoyos’s film will show evidence from scientists that will show within 100 years half of the world’s species will be extinct.

“When you think of mass extinction, you think of a major catastrophe, like the meteor that killed the dinosaurs 65 million years ago,” he says. “This time, humanity is the meteor.” 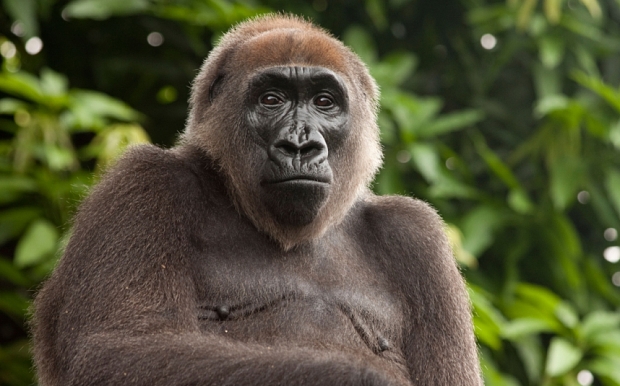 Cross River Gorillas are a critically endangered species according to the WWF.

Psihoyos calls it “the biggest story in the world” and claims the reasons for what is happening are multi-faceted; carbon emissions, climate change, overfishing, illegal wildlife trade, habitat destruction and overconsumption are the overwhelming problems. His message is clear: after the frogs, songbirds and turtles, we will swiftly follow.

After the songbirds, frogs, turtles, we will swiftly follow

Coming from the man who made The Cove – the 2009 Oscar-winning documentary that exposed the brutal slaughter of dolphins for sushi in Japan – his is a warning not to be taken lightly. In The Cove, Psihoyos used hidden cameras and covert surveillance techniques to focus the world’s attention on Taiji’s annual cull of 23,000 dolphins and porpoises. Since it aired, the figure has dropped to 6,000.

“There are arrest warrants out for me in Japan for trespassing, conspiracy to disrupt commerce, photographing undercover cops without permission,” he says, not sounding too bothered.

This is the ocean’s twelveth hour

Racing Extinction broadens the net, tackling Chinese black markets that sell tens of thousands of shark fins and Indonesian fishermen spearing manta rays for their gills (which are used in Chinese medicine). With his carbon-dioxide sensitive cameras, he also points the finger at oil and gas companies: “If The Cove was Ocean’s Eleven,” he says, “this is ‘Ocean’s Twelve’. There are a lot of people who stand to get hurt by this film, and whose businesses stand to get hurt by this film, I hope. Because what we [humans] are doing is unconscionable.” 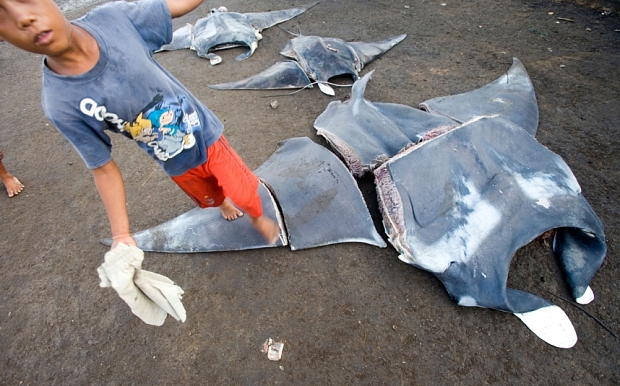 Manta rays are lined up at a fishing market in Indonesia. Chinese people believe manta ray gills have medicinal properties.

Death threats have come his way before, does he anticipate a similar response to this?

“I hope so, then you know you are doing good. When we were doing a lot of filming undercover in China it was dangerous. It’s illegal to shoot undercover footage there. We were very happy to get out.”

It’s not about a movie, it’s about the movement – we need action

Good intentions aside, he must get a buzz from stealth missions and his persona as an “eco James Bond”.

“It’s not about making a movie, it is about starting a movement. We don’t want to just create awareness, we want people to take action.”

Psihoyos hopes people will feel inspired to “start with one thing” to reduce their environmental impact, from switching to renewable energy to cycling to work or going vegan one day a week (a move that if all Americans did it, the greenhouse gas emission savings would be equivalent to taking 7.6 million cars off the road every year).

His passion to use film and pictures to enforce social change first struck him as a 10-year-old boy working the paper round in his hometown of Iowa.

He worked for a newspaper until 1980 when, age 23, he joined National Geographic as a staff photographer. After 17 years, circling the globe dozens of times on photographic missions, shooting for Fortune magazine and The New York Times, he wrote a book on dinosaurs and segued into filmmaking at roughly the same time he founded the Oceanic Preservation Society (OSP) in 2005.

Meat eaters outside with the smokers

Psihoyos practises what he preaches, driving an electric car, using solar panels, and eschewing all meat and animal products. His employees are forbidden from keeping meat in the office fridge. “You have to eat it outside, with the smokers.”

Half way through our interview he spots the fur trim of my parka jacket hanging from the back of my chair. He breaks off mid-sentence to question its authenticity. It’s faux, of course, and we laugh it off – but I wonder had it been real, whether I might have been ushered quickly from the room. 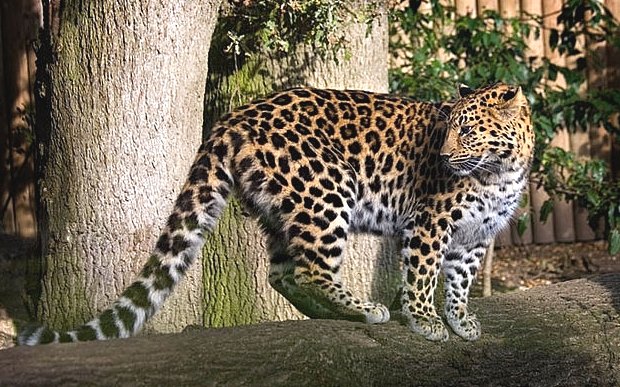 Amur Leopards are astonishingly quick and can reach speeds of up to 37 miles per hour. There are roughly 60 of these leopards remaining in the world today.

Such a stringent ethical code eventually caused a rift between him and his wife, Viki, a ballet dancer. The couple, who have two children Nicholas, 30, and Sam, 25, divorced last year after she refused to give up meat. Psihoyos was heartbroken, but the separation, he says, was inevitable.

Activists need to be surrounded by those who understand

“When you do something this passionately, you want to be surrounded by someone who really understands what you are trying to do. I love her dearly. We were great for a certain amount of time but it was hard to not get support when you spend your whole life, and every molecule in your body, trying to do this work. That killed me.”

Neither of his sons has fallen in step with their father’s eco-zealotry, either. Psihoyos’s eldest is a fisherman in Antigua – “he goes off by himself in a small boat and hand lines for fish” – and his youngest an inventor in San Francisco.

“Sam’s working on a billfold [wallet] that has a credit card that shoots out when you push a button. I told him he better hurry: credit cards might go extinct in the next few years, too.”

For more information on the film and to get involved in the race against extinction head to racingextinction.com.

By India Sturgis. Source: The Telegraph

In the 1950s, the South China Tiger population was estimated at around 4,000, but thousands were killed as the tigers were seen as pests. Scientists now say the tiger is “functionally extinct” as it has not been sighted in the wild for more than 25 years.

There are still major gaps in our knowledge about Javan rhinos because they are extremely difficult to study. The remaining Javan rhinos live in incredibly dense jungle and the species has never bred in captivity.

There are roughly 60 of these leopards remaining in the world today, which live in the forests and hilly terrain of Amur-Heilong in Asia. Amur Leopards are astonishingly quick and can reach speeds of up to 37 miles per hour.

Sumatran rhinos are the smallest of the living rhinoceroses and the only Asian rhino with two horns.

Overall, Sumatran rhino numbers are thought to have at least halved between 1985 and 1995, with the total number of individuals now estimated at fewer than 100.

The Vaquita, a small porpoise endemic to Mexico’s Gulf of California, is the world’s smallest and most endangered small marine cetacean. Directed fishing, accidental by-catch in nets set for fish and reduction of food supplies due to over fishing threaten this species.