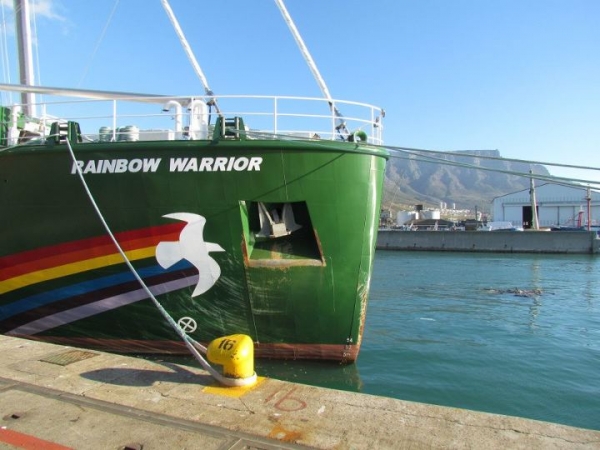 First night on the Rainbow Warrior swinging like a piece of washing in the wind – is she trying to jump the rainbow? Falling around in my cot I don’t sleep much, but listen to the swishing of waves breaking off the ship – a constant reminder that I’m not dreaming. I am indeed on this legendary boat, sharing the story with our readers. 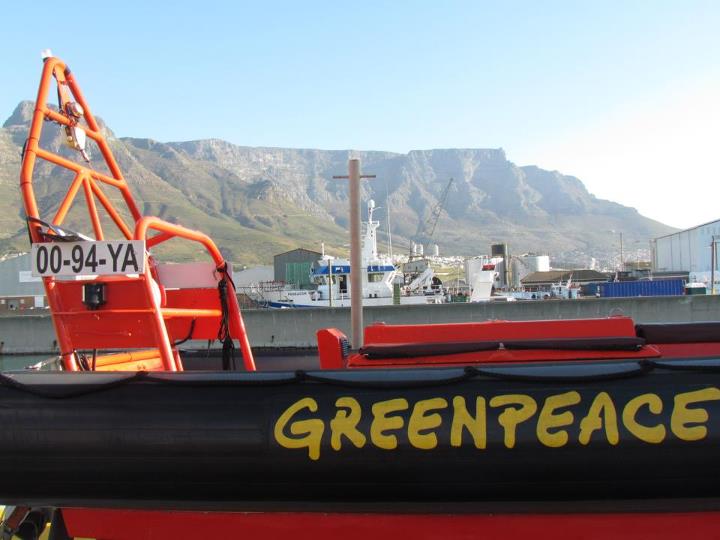 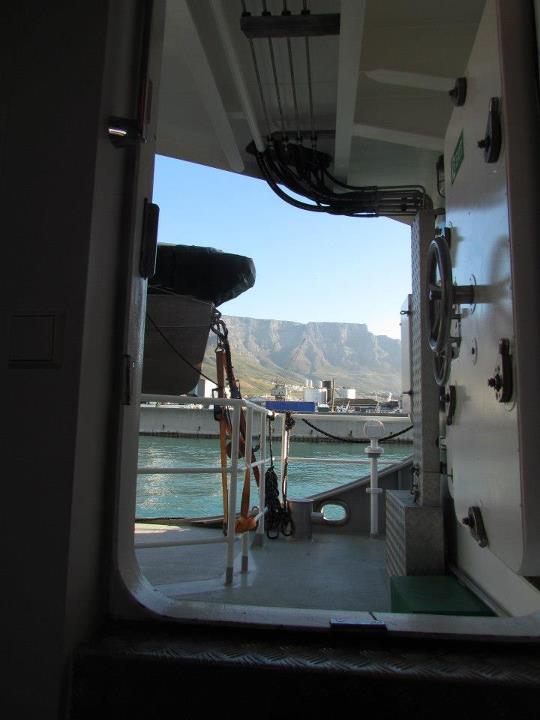 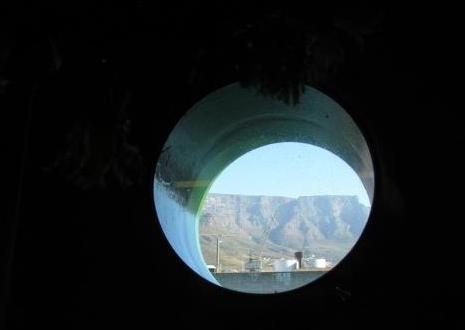 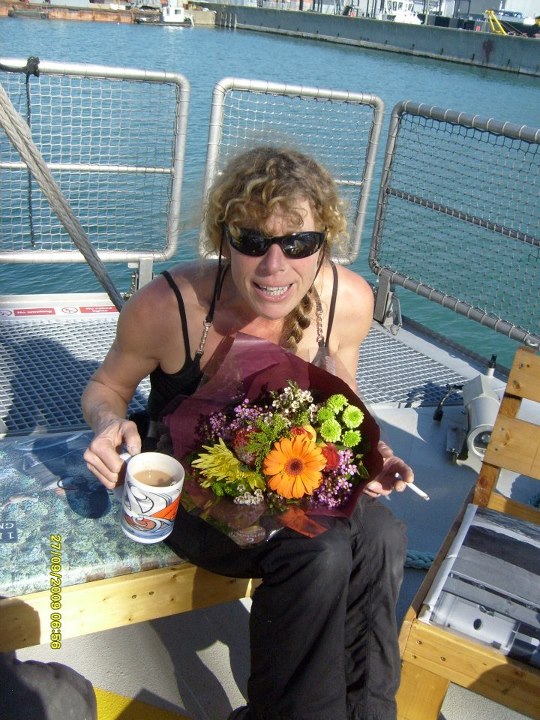 My roommate Penny – a seasoned sailor 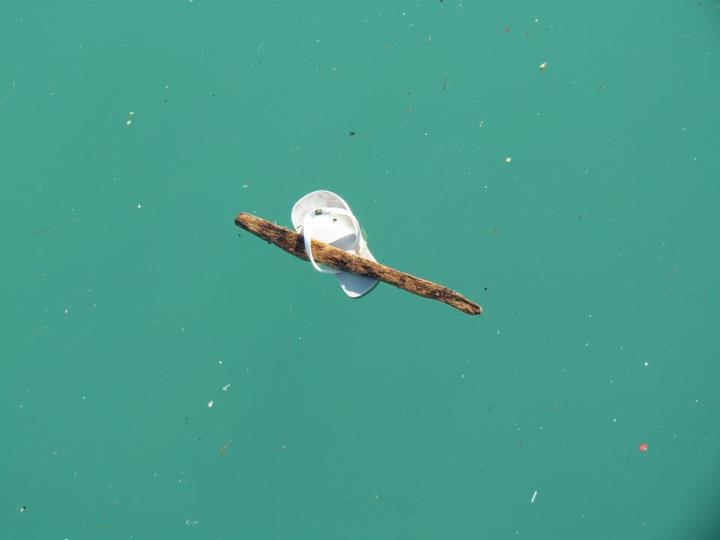 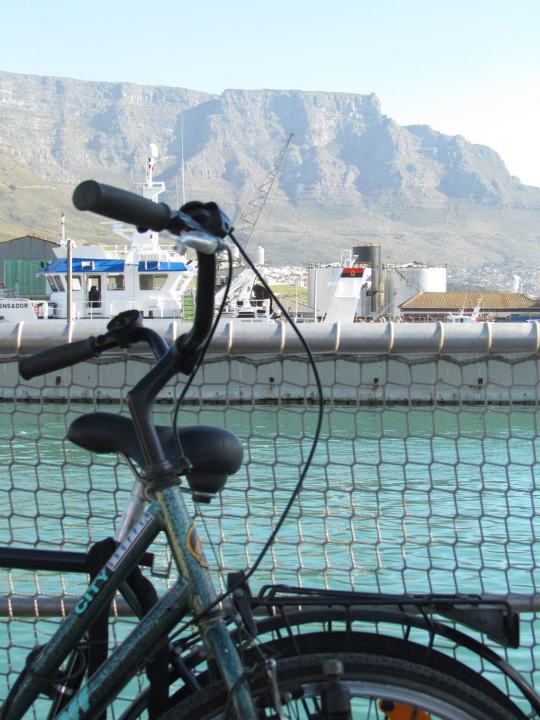 You still find people who think environmentalism is a ‘white middle class’ concern – I heard another journalist pose this question on the boat yesterday. We have to understand the fundamental connection to human concerns.

Here is a recipe for destroying life on earth: 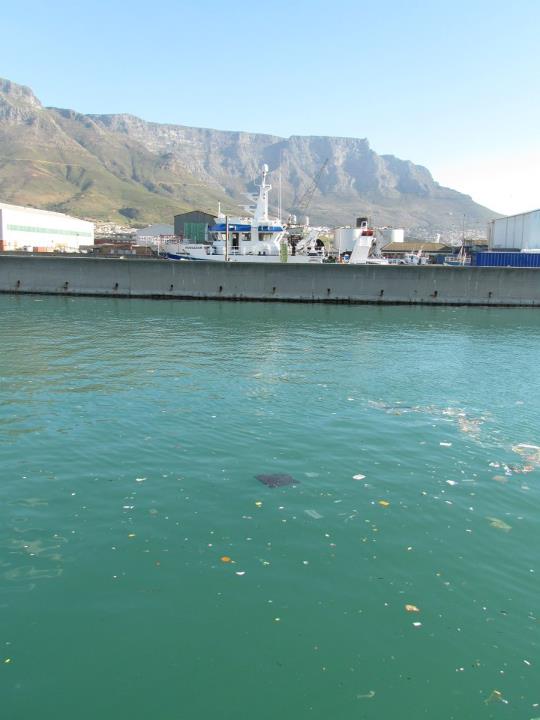 Our mountain and our muck.

The problem with the plight of the ocean is that we can’t see it. In the case of the awful rhino poaching, it was visible and photographs were circulated via the internet. Our society had an excellent response. What happens at sea is so far away that it’s invisible to most of us. That is why the Rainbow Warrior, with its team of people from 14 different nationalities, will be documenting what’s going on in the ocean. 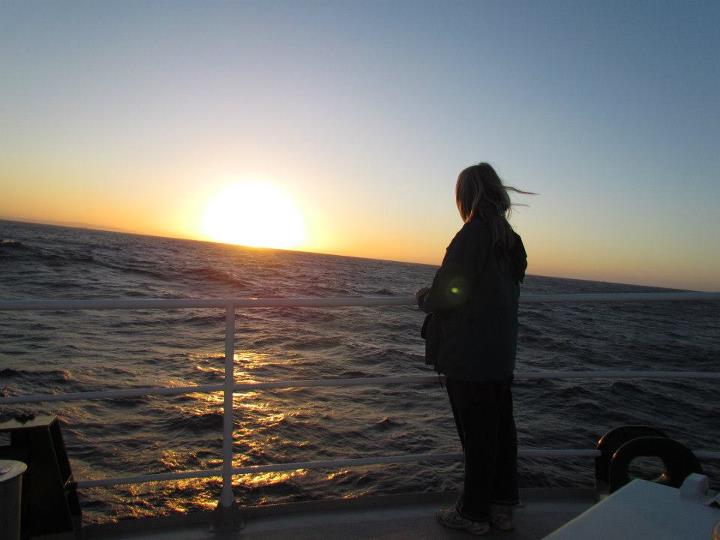 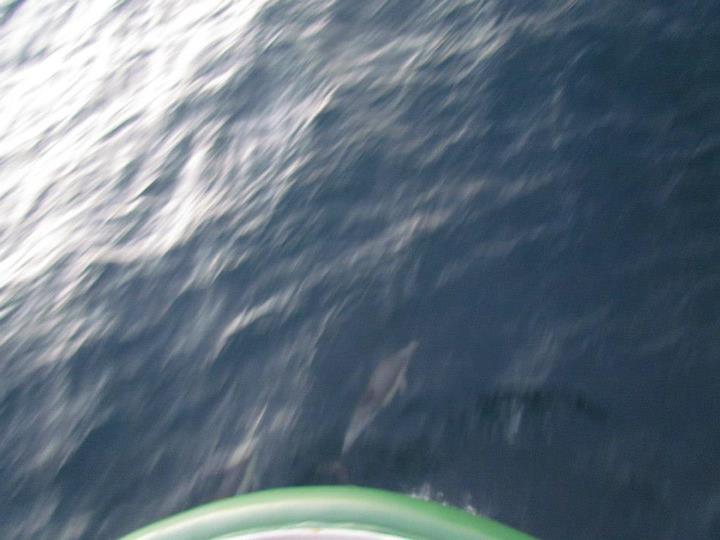 How did people from 14 different nationalities end up together on this ship? Watch this space for daily stories.