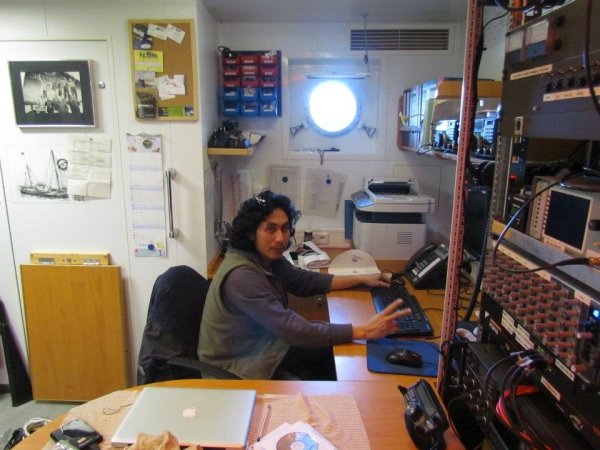 Mong in the radio room aboard the Rainbow Warrior.

The internet on the Rainbow Warrior is a hit and miss affair, much like trying to communicate the green message to the public. You never know when it’s a shot in the dark. Often you might be talking to someone, but the lights are off. That resonance with the environmental cause is just not there. We keep going in the hope that on the right day, at the right time, something in the story will flip the switch for you.

The million dollar question is what switches people on? It seems to me that the truth is often simply too hard to handle, so it is denied. The reptilian brain kicks into fight or flight mode and the communicators are branded as either crazy greenies or liars. 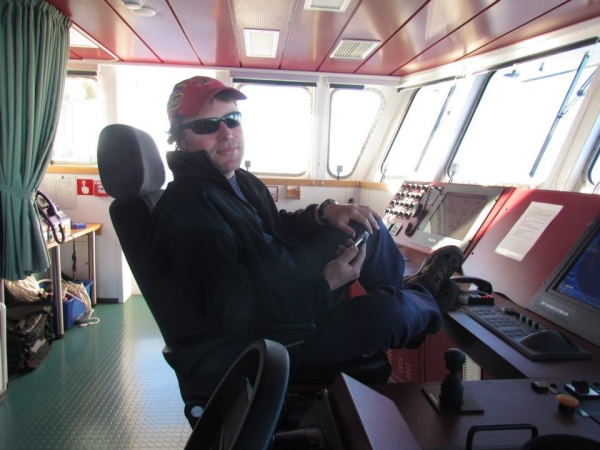 Like the determined folk on board the Rainbow Warrior, whom I am getting to know a bit better this week. So many people ridicule them when they climb up high places to erect banners with environmental messages. Why would they risk their lives and often end up in jail?

Are they a crazy bunch of monkeys? Well, we are here to find out.

The Greenpeace actions of non-violent resistance is their way of communicating with the public – of getting the attention of the mainstream media and getting published where environmental news belongs, on the front pages. The hope is that it would make you sit up and take note.

On board, Mong from Thailand is responsible for all communication systems. He specializes in computer electronics and looks after the ship’s internet server, satellite communication on the bridge and PABX telephone systems. On the high seas and in bad weather this can be a challenge, but the new Rainbow Warrior is specially kitted out for high performance in this field.

Mong joined Greenpeace 4 years ago. Like many of the others on board he started as a volunteer.

“I knew about them from the TV. I was working in electronics. So when GP launched an office in Thailand, I wanted to help. So I joined as volunteer. I became a climber. We did an action in Thailand to hang a banner on a building, on a crane.” 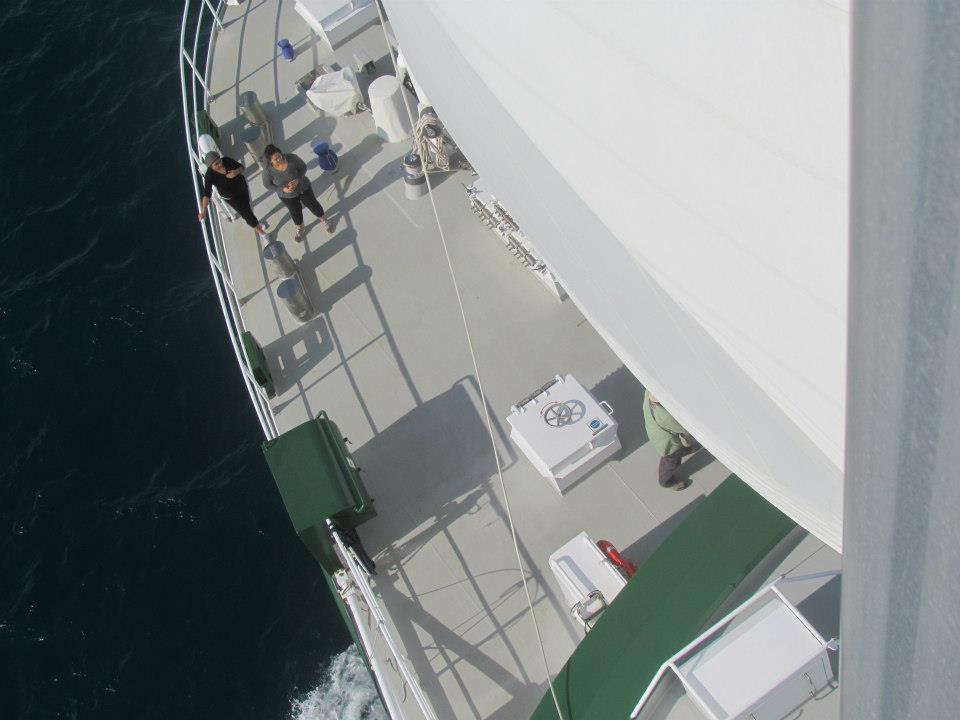 The view from the crow’s nest.

“For a living I worked as a computer programmer in Thailand, where I graduated as electrical engineer. Sitting in an office all the time, I got bored. When the Greenpeace ship, the Arctic Sunrise, came to Thailand I helped them in activities. I knew there was one position available and I had the right qualifications, so I applied. It took about two years to finally get the job. It was going to be my first job at sea.”

So here is another highly skilled person working on the ship, driven by his passion for the environment.

He loves the excitement and new challenges he masters daily. “When we do activities in Thailand I am in charge of the people. On the ship I have to look after communications all the time.”

That is when his family – grandmother, parents and girlfriend – simply have to wait. The trips usually last for 3 months. Like all the others I have spoken to, Mong continues to volunteer for his organisation during the 3 months he is home between ship journeys. 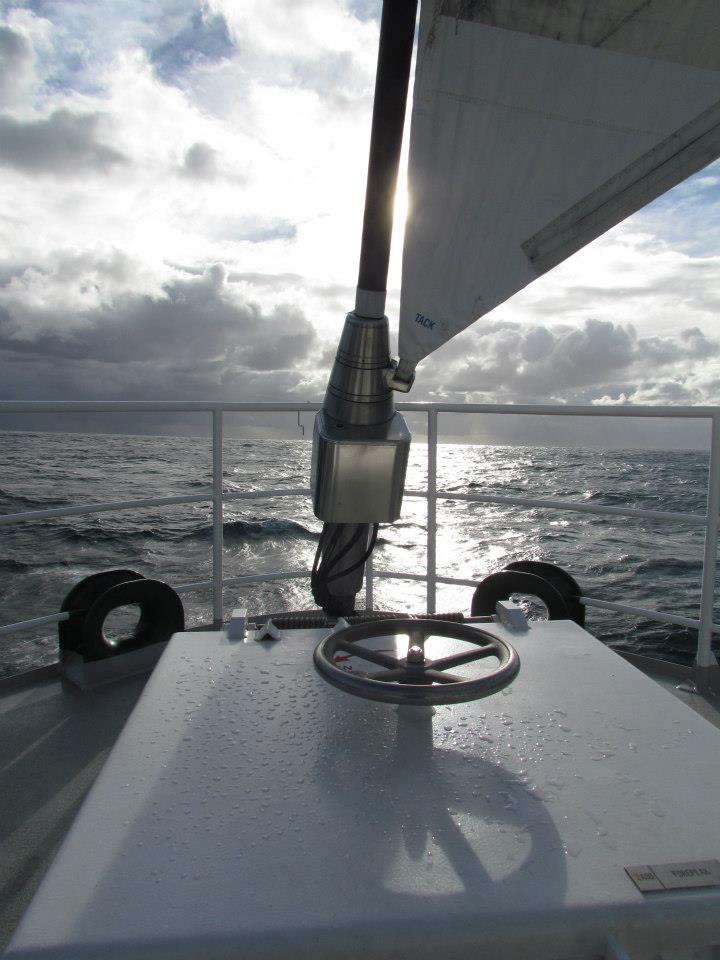 You are not alone

What is Mong’s message to our readers?

“No matter where you are or what you’re doing, if you want to help the environment you can do it by yourself at home or at work. Some local NGOs sometimes say they feel lonely working on their own. But I want to say you should not feel alone – we are all working together, even if we are in different places.

So the unity in caring for this earth is what holds this ship together, what supports us in our work and what draws you in as readers. Thank you for sharing and inspiring your circle of influence in return.

Words and photography by Elma Pollard