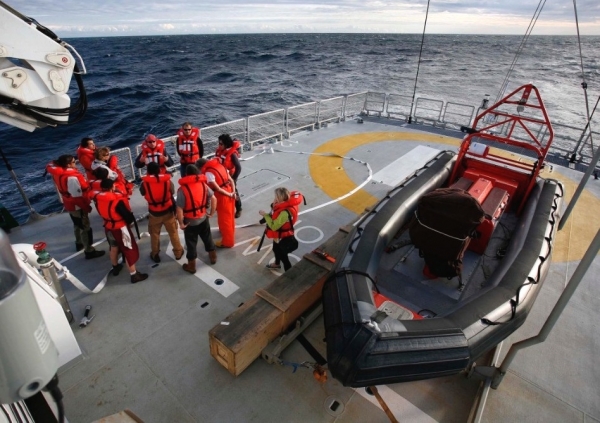 We were happy to hear that we would have one more night rocking to sleep onboard the new Rainbow Warrior, due to lack of wind the first two days. The whales remained with us until the pilot ship came to fetch us outside the Durban harbour. Sailing into the harbour we were met by one boat as a flotilla.

The Rainbow Warrior is used to being received by 40 to 50 ships in huge flotillas and to fanfare and celebrations in most harbours. Our country has been rather subdued, to say the least. But hey, we had the best reception ever – the guardians of the oceans themselves came with a special message and swam with us for days. Who could ask for more?

So the journey of a lifetime for a veteran greeny like myself had come to an end. I had explored the motivations of most of the crew and so allowed a few more to share their thinking with you.

Manual from Austria was asked by Greenpeace to work as a diver on the second Rainbow Warrior during the Bluefin Tuna campaign in the Mediterranean Sea. He was still a student, but the day he completed his studies he jumped on a plane to Amsterdam to volunteer as a deck hand.

“People told me to be careful, for once you’ve been on the ship, you either love it or you hate it. And if you love it, you’re kind of stuck. I just fell in love with it. This is right for my green heart. I have a degree in marine biology and ecology. We do research every now and then and we dive in the most amazing parts of the world.”

When the bug bites

So what is it about this ship that hooks people in?

“The atmosphere – the people that are on the ship. People from around the world coming together on this one ship for a good cause. And this is a beautiful thing. We all want the same thing and everybody works together. Here we are all friends, no matter what our position.” 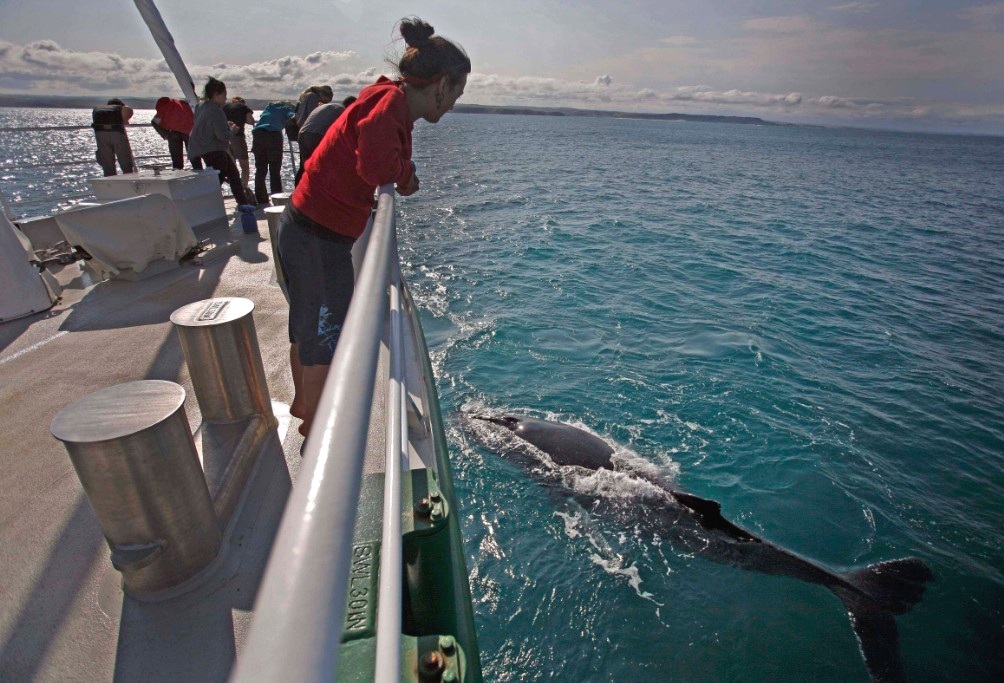 What is Manual’s message to our readers?

“Do the best you can. If you talk to people and tell them about the troubles in the world, most of them realise it. But they tend to say, who am I to do something about it? I can only make such a small difference, it wouldn’t mean anything. But then you have millions of people saying the same thing. And if everybody changed and started becoming active, you would have a huge impact. So go for the little changes you can make. It’s definitely worth it. We have wasted enough time, now is the time to act.”

So small actions can have big consequences? 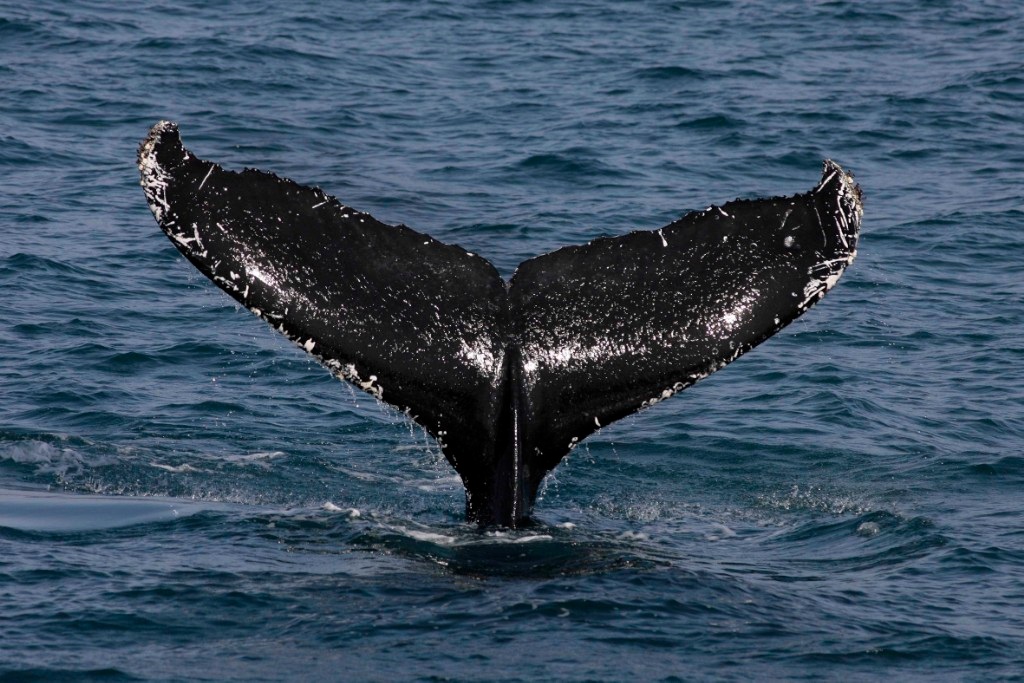 “Yes, we are aware that with one action we don’t change the world. But through one action you can make people aware of what’s happening. Make them reconsider things and start doing things in a different way. So we hope this is breaking through.”

From ridicule to victory

Nazareth hails from Italy. When he was 20 he joined the Navy to see the rest of the world. The ships were dirty and he worked in the engine room, where he saw they were throwing dirty oil over board without any treatment. So he objected and refused, which got him into serious trouble. He was punished by having to clean the gully of a 400 crew member ship, cleaning the stoves and washing dishes. They also joked with him, and calling him “Greenpeace.” 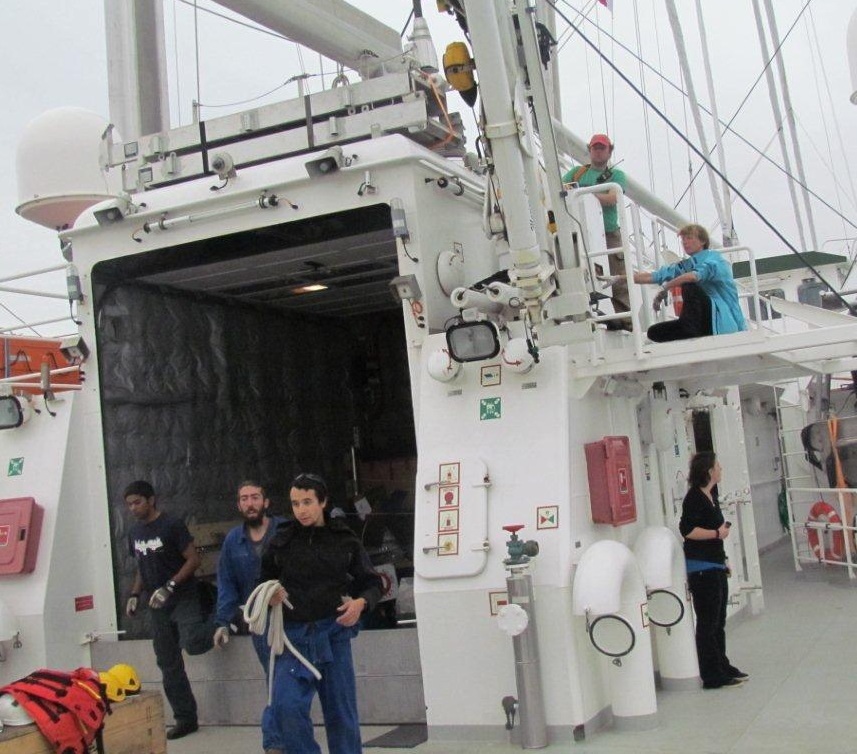 Nazareth (photographed above, third from left) had never heard about this organisation before, but started thinking that he should be able to use his skills for something better. So he looked up Greenpeace and joined as a volunteer in 2007. After his first trip with Greenpeace he sent several pictures of his new work and what they did to the navy, to show how happy and proud he was.

“I feel extremely lucky if I look back and see I’ve done something useful,” he says. His family has also changed their lifestyle as a result. Even though they are old they are changing how they shop and watch their consumption. He lit the candle for them to see life in a new light. 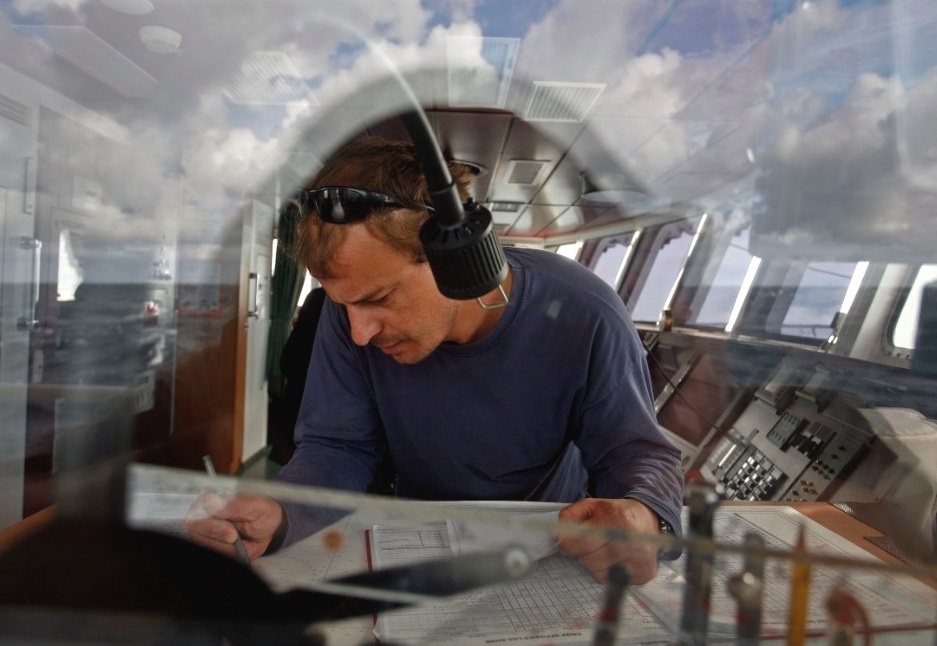 Nazareth has discovered people must first have the wish to be informed or involved, else they don’t use what you tell them. “My wish is that people will WANT to know more. Once you have the information, you don’t have an excuse anymore. When you know something is bad, you feel bad and you want to change. We are not disconnected from our environment. This is our survival.”

He has another wish. “That readers will USE this information you are reading in the Green Times – don’t just read it, but apply it in your life. And send it on so we can reach more people.”

This is everyone’s message – the future depends on each reader’s personal application and dedication. You have a role to play. Share your inspiration with us and the world.