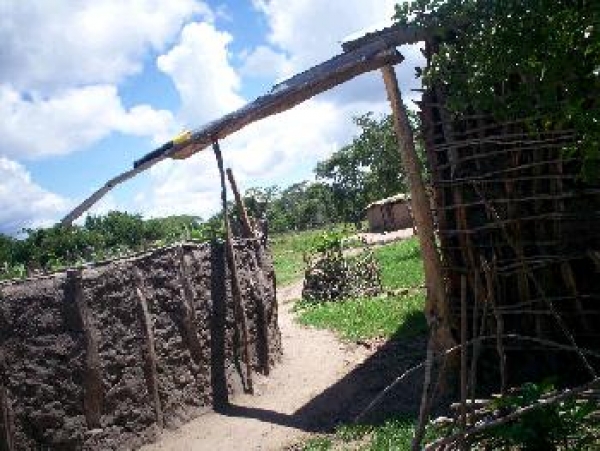 A locally made rainwater harvesting tank at One of the Maasai Family at Kibirashi.

Experts are lobbying for rainwater harvesting to help solve Africa’s water crisis. This is a neglected, yet cheap and simple water supply technique. The continent is running out of water, but many governments are not moving fast enough to replenish sources or enact water-friendly laws.

The 15th African International Water Congress was held in Kampala recently. Here over 1,000 delegates learnt that in numerous declarations, governments had undertaken to improve access to clean water and proper sanitation services by increasing national budgetary allocations. Yet in practice some are instead cutting budgets. 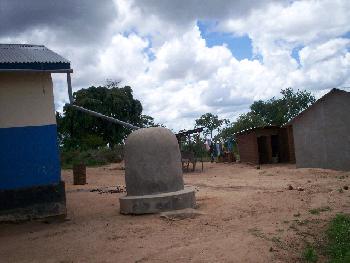 A small rainwater harvesting tank at a Primary School in the Maasai Village.

‘Senegal and Uganda have commendably improved water coverage, but it is unfortunate to hear the water budget in Uganda dropped from 4% to below 2% observed World Bank energy, transport and water director Dr Jamal Sahir.

It is estimated that a child dies every 15 seconds from a water-related disease in the world, mostly in sub-Saharan Africa. However, investment in clean water and proper sanitation is low despite good anticipated returns. In a bid to improve the water and sanitation situation, experts want governments to put in place policies that require families to harvest rainwater. 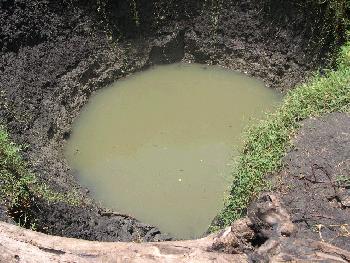 “We need to focus on rainwater harvesting, make our hills and mountains green again, and leave our natural forests alone instead of cutting trees and replacing them with exotic varieties which spoil the soil and destroy leaf ground cover,’ Nobel laureate Prof Wangari Maathai noted.

Countries like Rwanda have already started the practice in some provinces, and it is promising to improve the country’s water security.

Water utilities are already facing challenges of securing enough water because sources like lakes, rivers and underground reservoirs are drying up.

Instead of working towards conserving these watersheds, leaders in this region have on a number of occasions promoted environmental degradation. In Kenya, people were settled in Mau Forest, a precious watershed of regional importance. Ugandan government almost gave away part of Mabira forest to sugarcane growers, but was prevented by mass protests. The unusually quick decline in the level of the water in Lake Victoria was due to climate change, although it was aggravated by Tanzania’s bulk-water transfer scheme in Shinyanga and Uganda’s over-release at the dam in Jinja to boost generation of hydro power. Even where water is available the cost of production and distribution limits the amount of water that will be supplied in relative demand, partly because utilities do not have enough money for production, thanks to high energy costs.

Where water is available, it has been found that utilities are competing with private farmers who want more water for irrigation. A rainwater harvesting policy at its micro level of implementation should run alongside government schemes of harvesting rainwater at the community scale in places that experience extended rainy seasons and floods.

This way these reservoirs can meet their demands for water during drought spells. Experts reasoned that they should use the rain while it still falls, and at the same time employ strategies of reversing climate change, because it is more difficult to stop volumes of water from water bodies and mountains from dwindling, than it is to harvest rainwater.