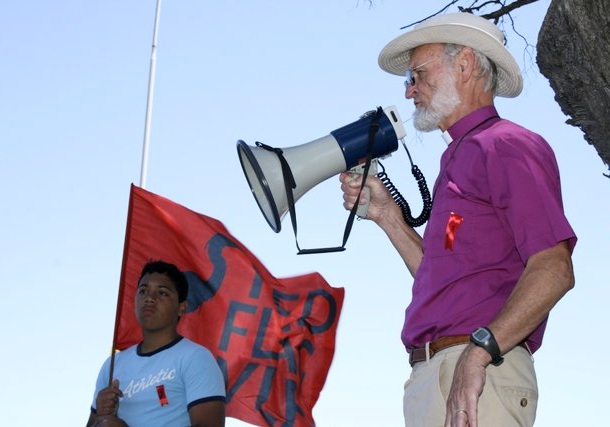 A red flag has literally been raised at Princess Vlei on the Cape Flats of Cape Town by the supporters of a People’s Plan for the Vlei.

The intention behind the campaign launched in November 2013 – with the active involvement of civic, environmental and faith organisations, including SAFCEI – is to alert Cape Town’s citizens to the natural and social spaces in our city that are under threat of inappropriate commercial development.

Huge red banners were tied around the trees at the vlei to make it clear that the Save the Princess Vlei Campaign has stepped up to Red Alert and that the proposal to develop the vlei for yet another shopping mall will never be accepted by the neighbouring communities.

A People’s Plan for Princess Vlei

Hot off the press is news that Deputy Mayor Ian Nielson has made statements suggesting that the City might be reconsidering its decision to sell the land at Princess Vlei. While this news is welcomed the community wants a commitment from the City before the elections.

To this end, an afternoon of celebration and action is being planned at Princess Vlei on World Water Day, Saturday 22 March 2014 to call on the City to commit to a decision and also to pledge that alternative plans for Princess Vlei will take into account the extensive community engagement that has informed a People’s Plan for Princess Vlei. Come and join in the action and enjoy the entertainment. Click here for more info. 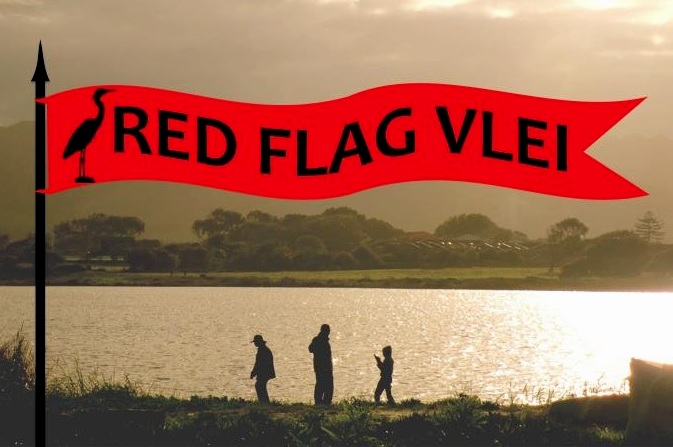 People & Planet should come before profit.

The tentative statements that the City may be reconsidering the sale of Princess Vlei for a shopping mall comes after 15 long years of community opposition to the proposed development. Members of the faith community in solidarity with the Princess Vlei Forum have been involved in stepping up actions to support a People’s Plan for the rehabilitation, use and development of the vlei’s natural and cultural assets.

A multifaith prayer meeting held at Princess Vlei during the build up to the Red Flag Campaign made it quite clear that the leaders of faith communities were tired of the authorities putting the profits of a few above the welfare of the local community and the planet. The prayer meeting included representatives from the traditional Khoi leadership and all the major religions – Muslim, Hindu, Buddhist, Jewish, Christian.

In offering a sermon at the prayer meeting, Bishop Geoff of SAFCEI said that faith leaders felt compelled to become involved because the issue of the future of Princess Vlei is a matter of right and wrong. He reminded all present that the way in which we live with God, one another and the rest of creation is a deeply spiritual matter. 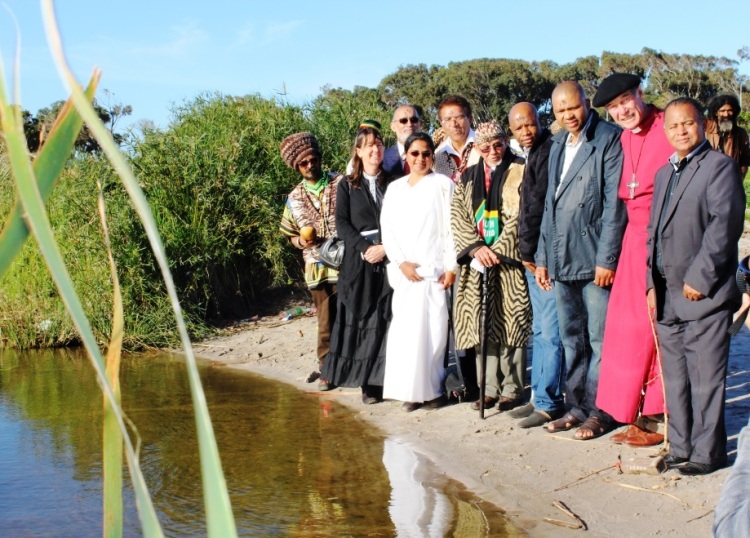 “Is not the whole world God’s temple? Has not God brought life to this planet? Hasn’t Princess Vlei been a temple for generations of users”? Yet we have made this wonderful planet of life, this temple of God, into a den of thieves. We do everything to make money.”

The faith communities called for justice and fairness and for a world where money does not rule so that the rich get richer and the poor poorer.  The City and the Province have no moral right to sell the vlei to anyone who will destroy both it and the local business community by building a shopping mall.

While he acknowledged that some may feel he is being too radical, Bishop Geoff handed a metaphorical red card to the developers and the authorities by suggesting that if they are determined to go ahead, we should think carefully about who to vote for in the forthcoming elections and congregations should think about supporting a boycott of the proposed mall development. Click here to read Bishop Geoff’s sermon. 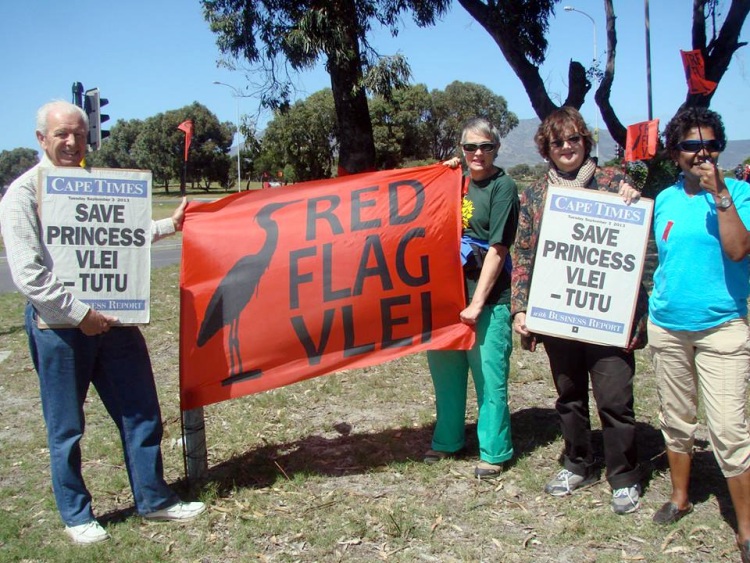 The story of Princess Vlei is as old as the first people of Southern Africa and the legend of the Khoi Princess after whom the vlei is named.

The vlei and surrounds are an important remnant of the natural environment which although neglected for decades by the authorities is an important urban park.

For generations it has served the local community as a place to relax in nature, as an outdoor recreation area, as a place of spiritual significance where church groups come to conduct water immersion Baptism every Sunday and as a link to the memory of the Cape’s Khoi ancestors.

“The Save the Princess Vlei campaign [reminds us] that landscapes form part of people’s identity… So often developers choose areas with no idea of stories that have emanated from this landscape. By destroying these landscapes, they close the doors on a wealth of memory and deprive communities of their sense of belonging. In damaging the landscape, you damage the soul of the community.” Ian McCallum, Author and environmentalist.

In the words of the Princess Vlei Forum spokesperson:

“Identity is an intangible quality. We feel it more in its absence, when it’s loss expresses itself in gangsterism, drug abuse, and violence.”

The plight of Princess Vlei epitomises both the threats facing our wetlands and natural water ways as well as their importance. This Princess has an army of interpreters, praise singers, warriors and admirers. The authorities cannot honestly say that they do not know what the people value about and need for Princess Vlei.

Dear Earth Keepers please pray that the politicians involved have the courage to act for the people and the planet and not for the financial profit of a few and at the expense of many.