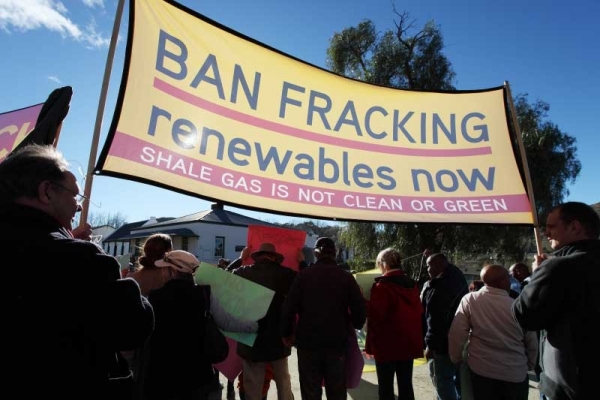 A fracking rally held in Nieu Bethesda dispelled the perception that community opinions are divided along racial lines.

At the rally were emerging farmers from the area, the Southern Cape Land Committee, who represent farmworkers and emerging farmers, as well as local commercial farmers, townspeople and schoolchildren of all races. They were joined by an environmental activist and photographer from Soweto, an environmental economist, a scientist from Bloemfontein, Khoi-San representatives and Bikers against Fracking.

Danyl Vywers of the Sneeuberg Emerging Farmers Association stood up before the crowd and said: “We are very worried about fracking because it could ruin our future as farmers. But we are not only worried about our futures. We are worried about those of our children. We say no to fracking. We are raising our voices now against fracking. The Karoo is the most beautiful place in the country and we are very proud of Nieu Bethesda and its people. (Ons maak onse stemme nou dik. Geen fracking! Die Karoo is die mooiste plek in die land, en ek is baie trots op Nieu Bethesda en sy mense.)”

locals have no means of moving elsewhere

“We are very worried about farmworkers and how they might be affected by fracking. If there are job losses, they will not only lose their jobs but also their homes, and they have no means of moving elsewhere.”

Phumi Booysen, also of the SCLC told the crowd that “one of our key challenges is to ensure that this campaign is not seen as one of white people who say no to fracking. Black people say no to fracking also. Fracking will affect every one of us, no matter who we are.”

Amos Dyasi of the SCLC added that they were very worried about job losses in the agricultural sector that could result from the pollution caused by fracking. 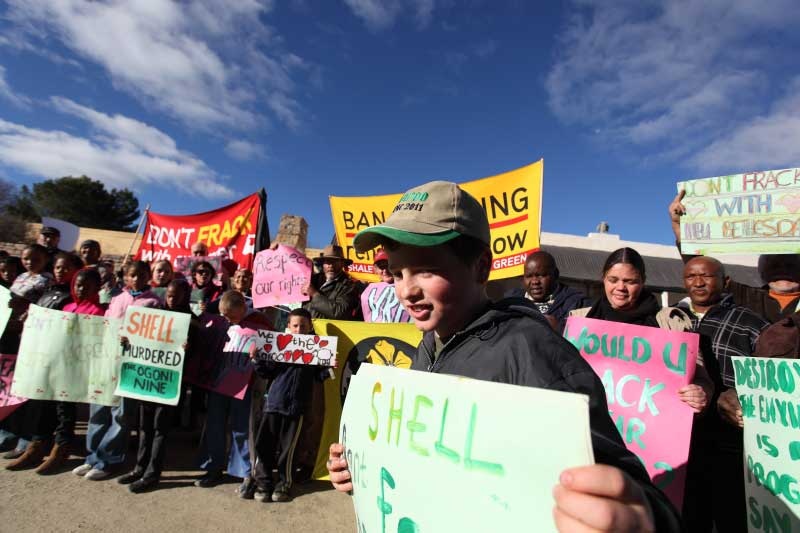 Professor Gerrit van Tonder of the University of Free State’s Institute for Groundwater Studies stepped forward to say that he was not there for any emotional attachment to the Karoo, but simply because his studies over the last 6 months showed that fracking would cause huge problems with the region’s water.

“We need more research and until we are certain about what fracking could cause, they should ban it.”

Mthunzi Ndimande from Johannesburg said he had grown up next to the mine dumps in Soweto, and had seen how people were now swimming and conducting their holy rituals in toxic acid water coming from the mines.

“I am so proud of this community for standing up to protect their environment before it is too late.”

Evelyne Olifante, who runs Antie Evelyne’s Restaurant in Nieu Bethesda’s township (and also funds a soup kitchen out of her own money) stood up to voice her opposition. 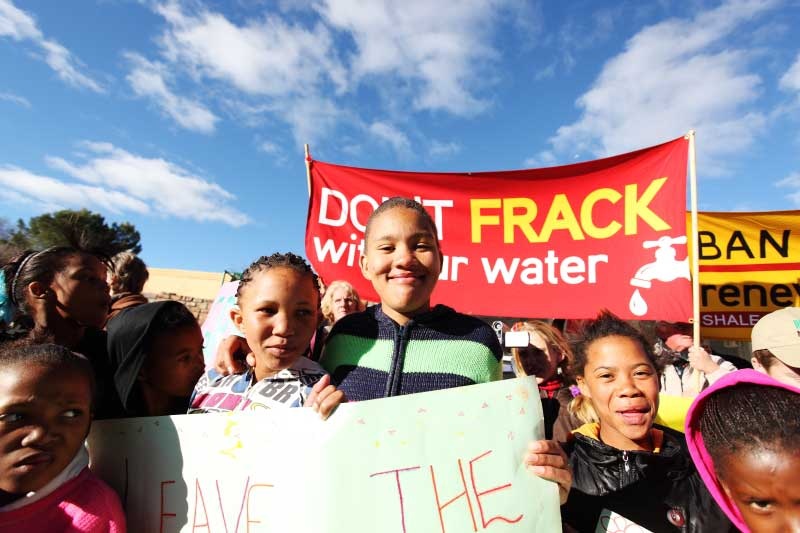 “This fracking thing will break our environment, right down to the rocks. I remember as a child, growing up on a farm, playing in rivers and seeing fish and crabs. But what will happen now? What will happen to our children? This thing is not right. But I am proud of our people. We stand together on this and we will fight fracking together.”

government does not represent connection with nature

Priscilla de Wet of the First Indigenous Women’s Movement carried an anti-fracking banner with Joy Owen, Senior lecturer in Anthropology at Rhodes University. De Wet as member of the Khoi-San community, and Owen, as her spiritual sister, felt very strongly about the issue.

“Water is holy. Water is divine. Water is the link between nature and ourselves. But if you grow up in urban space, you lose your connection with natural spaces. We expect the government to understand this and to represent this knowledge, but they do not. If they do not, then they don’t represent us in this matter,” said Owen.

De Wet added that when those who grow up in urban spaces often don’t understand nature, and ruin it with mining. “But water is the blood of Mother Earth, the life source. If we kill the life source, we kill ourselves.” 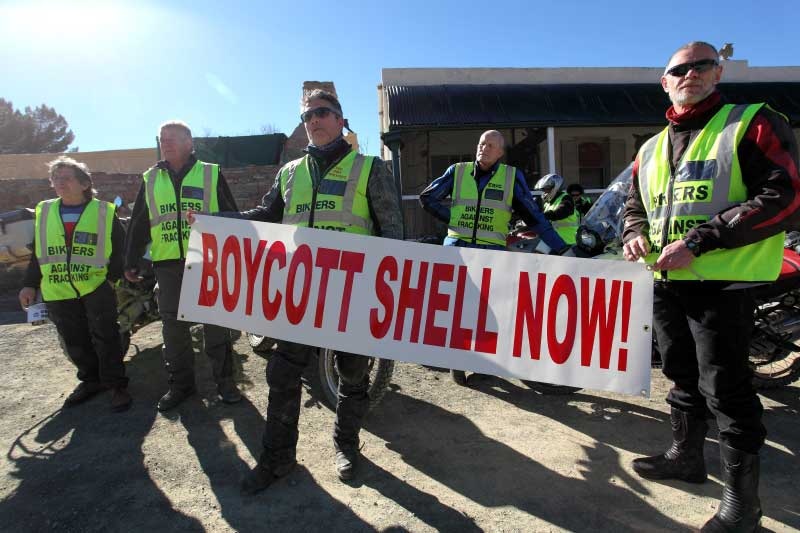 Graaff-Reinet based environmental economist, Roy Stauth said they were calling on Government to realise that there was simply not enough information on the potential impacts of fracking on the environment and society.

‘Bikers against fracking’ founder and spokesperson, Nick Yell, said that if fracking destroyed the Karoo, adventure motorcyclists, and other tourists who bring millions of rands into the existing Karoo economy every year, will no longer be drawn to the what would have been the timeless beauty of  the Karoo.

Little Peter Watermeyer, 11 years old, son of Sneeuberg Nguni cattle farmer Kevin Watermeyer, also spoke. He said he was going to write to Shell and ask them why they didn’t rather invest in renewable energy.

“If fracking happens, we won’t have a bright future. We have so little water, we can’t afford to contaminate a single drop. And we are already worrying about the children we will one day have, and our children’s children.”

voices of the youth

The rally concluded with a song written and performed by children from the Lettie de Klerk Primary School in Nieu-Bethesda:

“We are the children, the leaders of tomorrow

Please be an example, so that we can learn

Please be an example every single day.”

The rally was supported by Climate Justice Campaign and Earthlife Africa Cape Town.