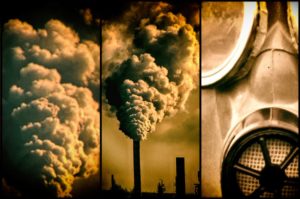 It has been 12 years since the South African government officially recognised the lethal levels of air pollution caused by the Eskom and Sasol plants on the Mpumalanga and east Gauteng Highveld. In that time, with international experts linking our national coal-fired pollution to thousands of deaths and tens of thousands of chronic illnesses a year — costing the economy in excess of an annual R30-billion — almost nothing has been done. Now, in a landmark case in the Pretoria High Court, the president is among those being called to account.

Like millions of South Africans, when Cebile Faith Mkhwanazi was in her late teens she had to leave the place where she was born to look for work.

In Mkhwanazi’s case, the place she left was Nelspruit, the Mpumalanga town with its steep granite koppies and verdant botanical gardens and fresh Lowveld air. The place to which she moved was Witbank, the town on the Highveld that would undergo a name change three years after Mkhwanazi arrived. The name change was a direct reflection of her reason for relocating: Emalahleni, “place of coal”.