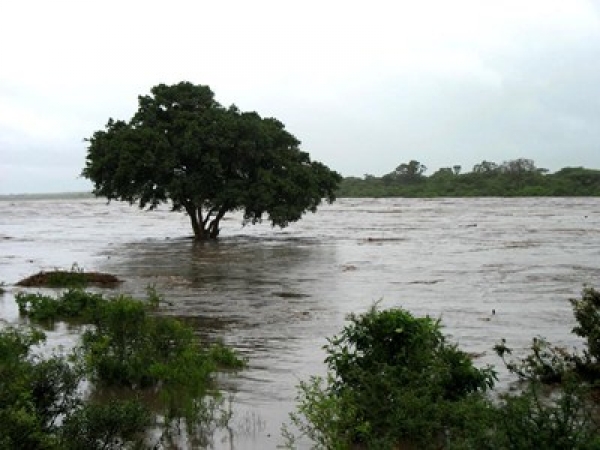 Snowfall in Gauteng after 31 years. Unprecedented heat waves across the northern half of SA. Tornadoes in Ficksburg and Springs. Devastating hailstorms around the country.

Signs of the Apocalypse or tell-tale symptoms of climate change?

Whether or not the majority of South Africans give it a second thought or not, climate change is real and doesn’t seem to be slowing down.

Rejoice Mabudafhasi, Water and Environmental Affairs Minister, said “Over the past years, South Africa has experienced an increase in severe weather such as flooding, lightning, thunderstorms, tornadoes and in some areas, excessive and unbearable heat, which caused damage to property and infrastructure as well as several incidences of loss of life.”

During the Conference of the Parties 17 (COP17) conference event held in Durban in 2011, climate experts confirmed previous predictions of increasing and continuing extreme weather phenomena. Since then the South African government has prioritised weather warnings and reviewed its early warning system.

“We cannot prevent hazardous weather from happening, but we can take steps to prevent them from becoming disasters, or at least lessen the impact of these disasters. Members of the public need to take note of the daily weather forecasts and take steps for their safety when severe weather approaches,” Mabudafhasi said.

The COP17 conference has also thoroughly investigated the past and present effects of climate change in South Africa and based on limited findings, it came to some disturbing conclusions:

Climate change is already negatively impacting the poor in SA. Every time severe flooding occurs, people who live in informal settlements around or next to rivers and dams lose their homes and belongings. Flood damage frequently leads to disease, because the flood waters stagnate.

As recently as January 2013, six people lost their lives during extreme flooding in Mpumalanga.

The spokesperson for provincial co-operative governance, Simphiwe Kunene said:”Relief aid in the form of food parcels, blankets and tents has been delivered to all affected households within the Ehlanzeni District. Water tankers are supplying water to areas where water supply is interrupted. To improve drinking water safety residents have also been supplied with chloro floc sachets to purify the water”.

The Department of Health is continuously monitoring such situations to curb any outbreaks of waterborne diseases during mop-up operations.

“All municipalities, through their joint operation committees, have developed intervention plans to further address all challenges created by heavy rains and floods,” said Kunene

Suffering of the poor is only the beginning

Looking at the bigger picture, the suffering of the poor in SA with regards to climate change is only the beginning of the problem.

Agriculture is also suffering severely from the ever-changing climate in South Africa, but one has to take into account that farmers themselves are responsible for just under a fifth of GHG emissions. Subsistence agriculture and intensive production is the main cause of deforestation in Africa as a whole. In addition to this, farm animals release large amounts of methane which eventually leads to nitrous oxide emissions.

South African Minister of International Relations and Cooperation, Maite Nkoana-Mashabane, said “the agriculture sector has the potential to mitigate greenhouse gases cost-effectively through changes in agricultural technologies and management practises.”

Essentially farmers will have to make do with less water as droughts increase and livestock will suffer. Adapting to climate change is a reality for SA farmers and the possible implementation of the green climate fund could provide much needed finance for struggling farmers.

There is no good news regarding this type of effect that climate change is having on the South African climate. More bad news is that severe flooding is set to increase due to the extreme nature of climate change. Changes have already occurred in the marine environment in the form of rising sea levels and ocean warming.

The City of Cape Town commissioned an in-depth study of the effects of sea-level rise in 2008. Cape Town is extremely vulnerable when it comes to sea-level rise as the city consists of 307km of coastline.

Greg Oelofse, who works within the City’s strategy and planning department, had the following to say: “Impacts will be experienced across key service infrastructure such as wastewater treatment works, storm-water pipelines, electricity grids and substations as well as roads and rail routes. In addition, residential property and recreational amenities located in the coastal areas are particularly vulnerable.”

Government has committed to ensuring that SA’s greenhouse gas emissions is lowered significantly with the intention to have it peak at the latest 2025 and then decline from then onwards. The ultimate goal is to limit the global temperature rise (global warming) to below 2 degrees Celsius.

SA is also committed to sourcing and utilising renewable sources of energy in order to get away from the norm of using coal-fired energy sources (carbon). This in turn will reduce SA’s carbon footprint significantly.

R47 billion investment to be brought in to South Africa

The SA government signed the first round of agreements late last year, that will see independent power producers adding a starting figure of 1 400 MW of renewable energy to the existing energy mix. In addition to this; new investment to the tune of R47 billion will be brought into South Africa.

These agreements involve 28 project bidders that were approved during the first window of the Department of Energy renewable energy programme.

Energy Minister, Dipuo Peters, said the following at the signing ceremony: “In total these bidders will spend R12 billion over the duration of the implementation agreements on South African contractors, including empowered enterprises, small and woman-owned businesses.”

Government’s Integrated Resource Plan indicates that when looking at a 20-year projection on electricity demand and supply, it would be vital that 42% of SA’s generated electricity (plus minus 3 725 MW) be sources from renewable resources.

When confronted with the above facts it becomes painfully obvious that while progress is being made, a lot still needs to be done with regards to reducing the damage done to our planet. Nature is amazingly beautiful but can be equally destructive. Especially when the natural order of things is disturbed. This should encourage all of us to work together to make a difference whether it be in our homes or communities. It starts with taking one step in the right direction.