The Amazon basin—with its vast rainforests and river systems—is the most bio-diverse place on earth and, not surprisingly, a region rich in discovery. Newly described plant and animal species are a frequent occurrence.

The recent video documentation of a newly discovered fish migration is a much rarer event and particularly noteworthy this weekend as we celebrate World Fish Migration Day, a one-day global initiative to boost awareness of the importance of open rivers and migratory fish.

To be accurate, the migration of the “chipi chipi”—the local name for a pencil catfish technically known as Trichomycterus barbouri—is new only to science.

River communities in northern Bolivia have long known about this natural wonder. During the months of February and March, the chipi chipi migration causes the surface of the Beni River to shimmer with hundreds of thousands (possibly millions) of fish. To local communities, they are not surprisingly a seasonally valuable food source and fishers take advantage of their abundance and catch the small fish with large nets.

In all, these tiny fish travel more than 200 miles upstream to reach the foothills of the Andes where they spawn. That distance may not seem noteworthy by the standards of the chipi chipi’s larger relative, a giant Amazonian catfish called the dorado. That species grows up to nine feet in length and travels nearly 2500 miles from the Atlantic to the Andes in what is the longest freshwater fish migration in the world. In terms of relative size, however, the journey of the inch-long chipi chipi is equally amazing in scale. 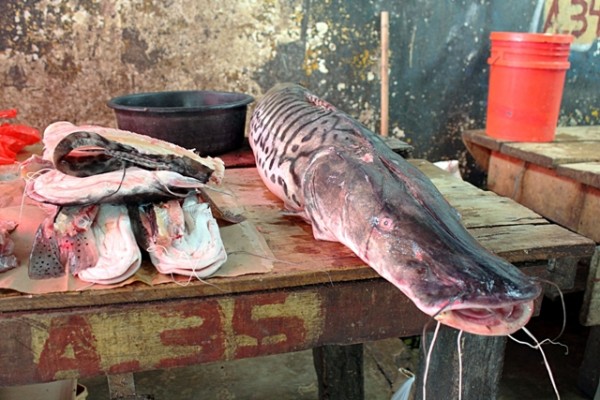 The dorado moves through the largest river system in the world. Water flowing through the Amazon Basin sustains millions of people and innumerable, diverse species of wildlife.

From rural fishermen and indigenous people to villagers and urban inhabitants in cities like Iquitos, Peru and Manaus, Brazil, as many as 20 million people depend on the Amazon for clean drinking water, transportation, subsistence and commercial fisheries, and wild fruits. 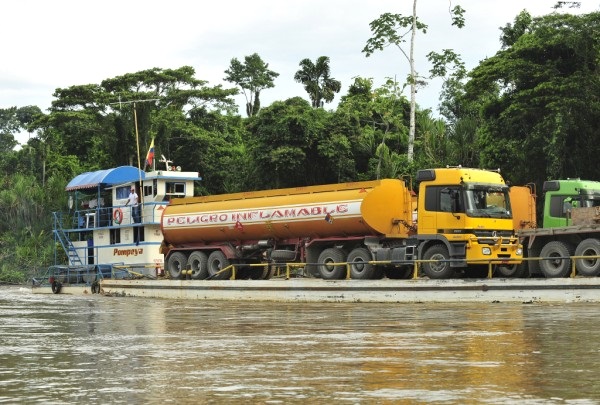 Although extractives like oil and rubber have long attracted industry to the Amazon Basin, fish have proven to be its most promising extractive resource. Highly sensitive to changes in water levels, chemistry, and sediment levels, fish are the best indicators of the overall health of the Amazon River system and link its wetlands and basins ecologically.

When fish thrive in their wetland habitat (including the vast flooded forests where most aquatic biodiversity is found), it is a good bet that black caiman, manatee, river dolphins, and other aquatic animals are likewise thriving.

Whether in the tributaries of the Amazon or the rivers of Alaska, the ability of migratory fish to move unimpeded through streams and waterways is crucial for maintaining healthy populations. 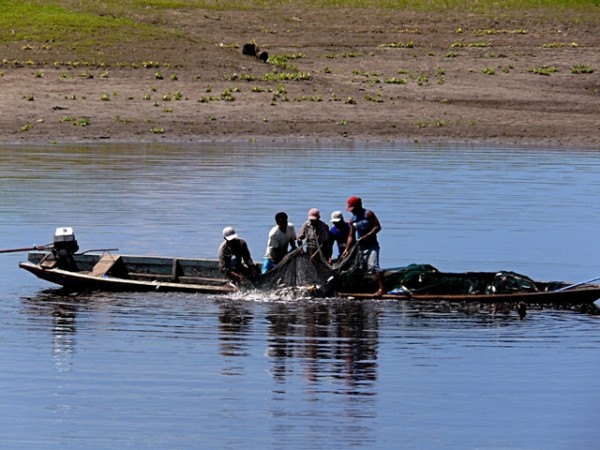 News of the chipi chipi migration raises important question for conservationists and wildlife managers working in the region: How much do we know about the behavior and travels of Amazon migratory fish? Are these fish in danger of disappearing before we have had a chance to study and understand these phenomena? How could such declines impact people living along the Amazon and its tributaries?

WCS is working with partners to answer these questions, documenting the life histories of the Amazon’s most important migratory fish to understand where they spawn, how far they travel, and where it is absolutely essential to conserve the flooded forests, floating meadows and other aquatic habitats that are their nurseries and feeding grounds.

World Fish Migration Day throws an important spotlight on these questions and reminds us that fish and their successful conservation play an essential role in sustaining local communities across the globe. 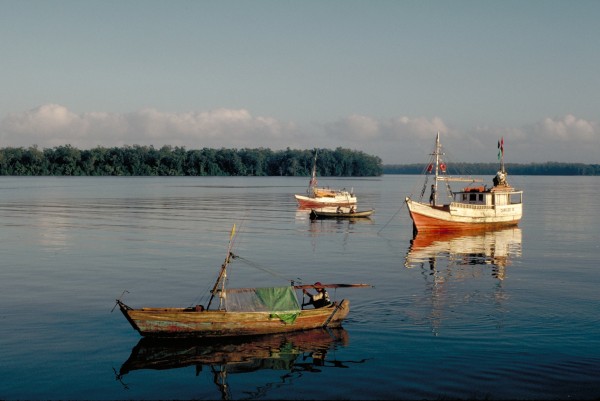