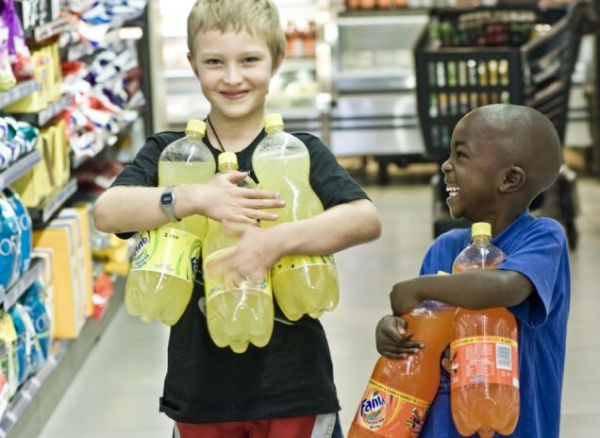 Recycling of plastic bottles hit an all time high in 2011 – with your contribution we can top that this year.

Fiscal 2011 was a momentous year for PETCO and PET plastic recycling in two ways. Firstly because PETCO celebrated its 6th anniversary and its efforts over the year led to over 1.4 billion PET bottles being recycled across South Africa, close to 4 million bottles recycled every day.  Secondly because the organisation exceeded its PET Plastic Recycling rate for 2010 by 5 290 tons.

While the world was still recovering from the economic recession, PET recycling figures in South Africa continued to grow despite tough trading conditions. In 2011, PETCO achieved an annual Polyethylene Terephthalate (PET) recycling rate of 42% of post consumer beverage PET and 29% of total PET.  42 651 tons of PET were collected and recycled out of a 145 000 ton 2011 resin market.

Apaprently, this achievement would not have been possible without the voluntary financial support from PETCO’s members.  By paying the recycling levy and other contributions through grants-in-aid, the PET converters, bottlers, raw material producer and Coca-Cola South Africa have all helped PETCO to be the benchmark for Extended Producer Responsibility and to bale-by-bale, year-by-year, reduce the volume of postconsumer PET plastic in the waste stream.

Says Cheri Scholtz, CEO of PETCO, “Over the past 6 years we’ve gone from 9 840 to 42,651 tons of post-consumer PET bottles recycled or from 324 million bottles collected in the first year to well over 1 billion bottles recycled in 2011.  We’ve have assisted in the establishment of over 430 plastic recovery stations throughout South Africa and supported training of staff at these drop-off sites. We have also been involved in numerous separation at source and school education projects. We’ve grown our targets from 16% to 46% of beverage PET recycled, from 87 000 to 145 000 tons of PET resin produced, from small to large amounts of recycling levies collected and income opportunities created, from success to success.”

In addition, they have helped to generate almost 26 000 indirect jobs, reducing poverty across South Africa.  As far as carbon is concerned, recycling 1 ton of PET saves 1.5 tons of CO2, so total saved via PET recycling is in excess of 63 000 tons of CO2.

“Our 28 Shareholder and 42 Associate Members have contributed to job creation and skills development.  PETCO has also provided millions of rands worth of financial support to PET recycling companies and in so doing has managed to expand both Bottle-2-Fibre and Bottle-2-Foodgrade Recycling. Built on the simple principle of establishing an industry driven and financed environmental solution for PET, the PETCO model is now proven to be expandable and sustainable”, says Casper Durandt, Senior Technical Operations Manager for Coca Cola South Africa, and PETCO Chair.

Says Cheri Scholtz, “2012 will certainly prove to be a turning point in our development. This will be the first year that PETCO will be facing a shortage of end-use market applications for recycled PET as the local bottle-to-fibre market has now reached saturation, and local recyclers have reached capacity. This means that as more and more post consumer PET bottles are collected, so end-use markets need to expand and develop”.

South African PET Recycling is unique in that almost all of the post consumer PET bottles collected are recycled into a local end-use (mainly fibre and more recently bottle-2-bottle) and not exported to China, as is done by many other countries.

The largest end-use market for post consumer PET bottles in South Africa is currently the fibre market (Bottle to Fibre). More recently, there is installed capacity for post consumer PET bottles, to be recycled into new bottles (Bottle 2 Bottle).  B2B resin take-up is, however, still relatively slow and PETCO is working with retailers and brand owners to increase the demand for PET recyclate.

During 2011 PETCO worked closely with RAG on drafting the Industry Waste Management Plan for the Packaging and Paper Industries, the main co-regulatory instrument within the waste management system. At the same time, PETCO now chairs the newly formed Sustainability Council of PlasticslSA providing leadership to the plastics industry in order to reduce carbon emissions, be more energy efficient, cut transportation, and ensure that post consumer packaging plastics do not end up on landfill sites.

2011 also saw PETCO support projects with a strong focus on public and consumer based education and awareness programmes and these initiatives and activities contributed to the visible recycling of PET. Many of these programmes, such as beach clean-ups and trade shows, workshops for members, on topics such as designing PET bottles and containers with recycling in mind, were convened in Cape Town, Johannesburg and Durban.

Together with major retailers Woolworths and Pick ‘n Pay, PETCO has recently established the “Retailers for Recycling Forum” which aims to minimize the environmental impact of post consumer packaging on the South African landscape by creating awareness amongst consumers of recycling issues and supporting retailers as they work with their own suppliers to ensure that packaging is designed with reduction, re-use and recycling in mind.

In 2012 PETCO needs to meet the targeted tonnage of post consumer beverage PET recycled of 48 356 tons or 44% of all beverage PET resin converted, assist with the establishment of more collection and drop off centres and progressively build recycling awareness through compelling and focused messaging.

Hoping for no more plastic in landfills

PETCO believes that high rates of recycling can only be achieved through the separation of waste at household level. There has got to be a vigorous and cost-effective strategy by both the public and private sector to implement curbside recycling more widely and to reduce, reuse, recycle and recover plastics much more efficiently than we do at the moment and to avoid the need altogether for plastics to go to landfill.

Get the best price from recyclers for your collected PET bottles by:

Collecters must adhere to bale standards

Low recovery rates will negatively impact PETCO’s ability to supply markets, and will not encourage new recycling projects. PETCO also encourages collectors to adhere to bale standards. Bottles should be sorted into clear bottles; blue bottles; green bottles and brown bottles and the caps should be taken off for separate recycling.