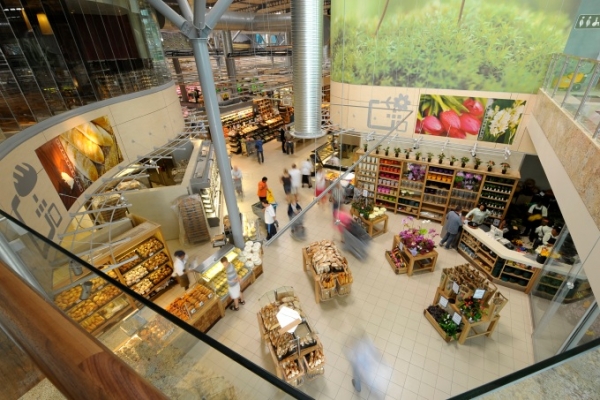 In these times, it is important for retailing to be as sustainable as possible.

In this spirit, the flagship Pick n Pay on Nicol store has introduced a new era in sustainable retailing through the integration of world class retail thinking and the very best in sustainability principles.

An integrated energy-efficiency strategy has been adopted in order to balance aesthetics with sustainability. The use of heat-dissipating glass, covered with timber louvers to allow for thermal control, as well as a skylight which diffuses natural light during the day, reduces the demand on the energy grid for up to 80% of the day. In addition a 100-kilowatt solar-powered system which provides electricity to the store, leads to savings on energy requirements of up to 20%.

Over 6000m2 of rainwater harvesting surface

Water conservation is an integrated part of the store design. With over 6,000m2 of roofing covering the complex, rainwater harvesting has been implemented with a total storage capacity of 420 kilolitres. The water is used for irrigating the gardens and to supply water needed to operate the evaporative cooling system of the fridges. Projections on the amount of rainwater harvesting possible through the height of summer, estimate an annual saving of 30% or 7,500 kilolitres, on the usual water demand.

Mindful of its impact on the greater Braamfontein Spruit, Pick n Pay on Nicol has also built two attenuation (or holding) dams where storm water will be cleared from pollution and its release managed over the wet season so as not to overburden the Jukskei system during flood cycles. 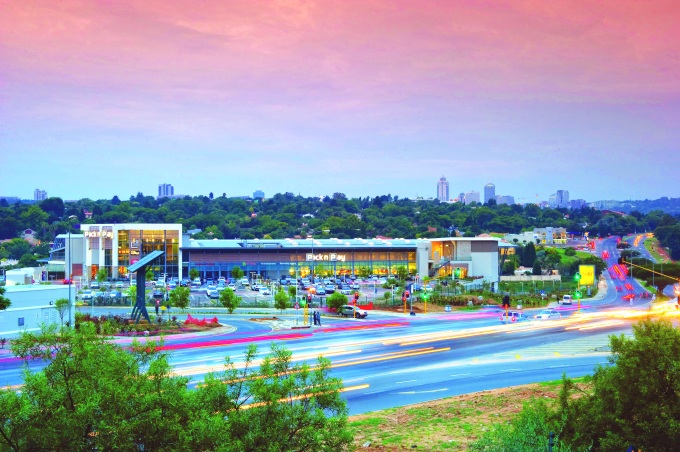 The choice of vegetation in the landscaping has also played a role in reducing water demand by using only indigenous vegetation in the design. A total of 190 new trees have been planted to beautify the complex and provide shade for the parking areas, utilising more than five different local tree varieties. It is  estimated that up to one-and-a-half tons of carbon dioxide is sequestrated as a result of planting one tree, suggesting that Pick n Pay on Nicol’s garden alone achieves a CO2 reduction of 285 tons.

During the construction phase, approximately 4, 000 tons of rock and earth, comprising granite and subsoil had to be removed from the site. Rather than adding to the already overburdened landfills surrounding to the city, this was taken to a nearby crusher site where the material will be reconstituted to provide building material and infill for the building industry. 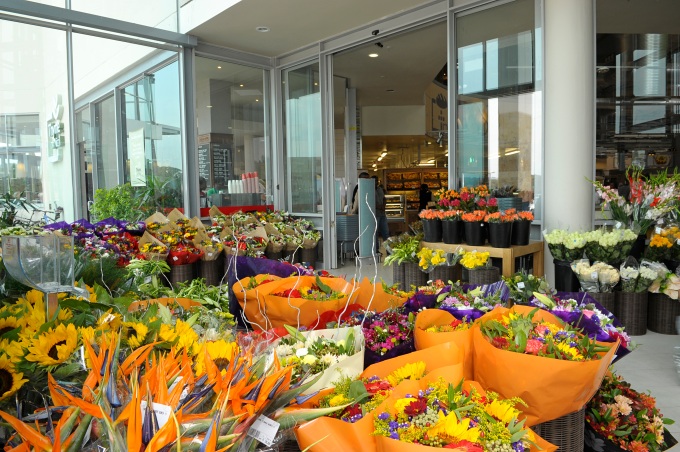 Traffic lights at the intersection near the store are solar-powered. The greater community of Hurlingham also benefits from the new building as Pick n Pay has made significant improvements to the road infrastructure surrounding the store. To support the additional traffic load, Pick n Pay added a fourth line to the William Nicol Highway, including the bridge crossing over the Jukskei River and a new slip lane for customers leaving the complex to seamlessly join William Nicol.

Drawing inspiration from the site’s natural setting, the store incorporates the natural landscape, which includes a section of Jukskei River frontage and the adjacent Field and Study Centre. Dominating the design as a result, are large picture windows allows customers to feel connected to the outdoors. 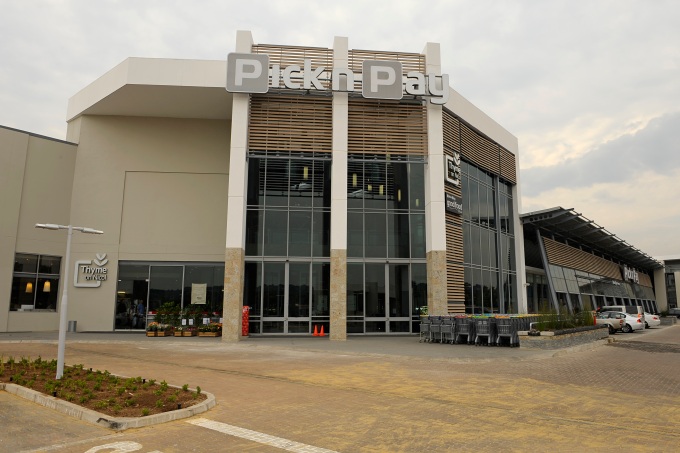 Pick n Pay on Nichol has become the third new store of the Pick n Pay chain where natural gas has been used for the refrigeration plant.  The choice to use only natural refrigerants over synthetic gases will have a dramatic impact on reducing greenhouse – emitting gases; therefore reducing the global warming impact of the store.