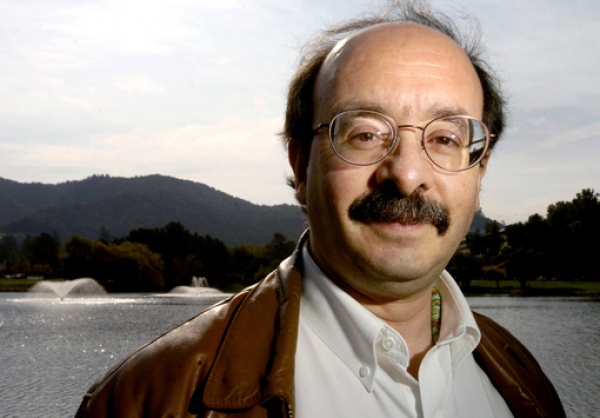 “Imagine fuel without fear!” In a fast-paced and riveting TED talk, Amory Lovins inspires his audience with an audacious vision – the USA weaned off oil and coal by 2050, making a “richer, fairer, cooler, safer world” not only possible, but practical, and even profitable.

Professor Wikus van Niekerk, Director of the Centre for Renewable and Sustainable Energy Studies at Stellenbosch University, chose to show the film at a monthly public seminar organised by the Centre in July. It stimulated lively discussion.

Lovins doesn’t make delusional, pie-in-the-sky projections. A brilliant experimental physicist and innovator of integrated systems, he is Chairman and co-founder of the Rocky Mountain Institute. For the last 30 years, this ‘think-and-do-tank’ has been researching how business can lead the transition from fossil fuels to renewable energy and enhanced efficiencies. His visionary presentation, full of facts and figures, is a taster for his new book, Reinventing fire: bold business solutions for the new energy era, published in 2011. The film made such an impression on me that, as soon as I got home, I downloaded it onto our Kindle – it’s an essential and inspiring read.

Lovins observes that it was the harnessing of fire that made us human, and the exploitation of fossil fuels that made us modern. But in the last two centuries we have burned the Earth’s irreplaceable reserves of black gold at a frenzied pace, creating a plethora of issues and risks that demand that we undergo another major energy transition to make our lives more safe, secure, healthy and durable. ‘Reinventing fire’ will this time require that we stop burning the limited sources of energy stored underground, and instead harness the abundant energy sources above and around us.

demand for oil has now peaked

The USA currently obtains 90% of its energy from fossil fuels and nuclear power; but its energy infrastructure is aging and requires refurbishment. With diminishing reserves of fossil fuels, increasing dependency on unpredictable foreign sources, and growing concerns about environmental degradation and climate change, it no longer makes good business sense to invest in these traditional energy sources. In fact, extraction of (and even the demand for) that precious treacly goo, which took nature millions of years to manufacture under conditions that will never be recreated, has now peaked.

could save USA trillions of dollars

Lovins shows that it is the perfect time to embrace more appropriate technologies, materials and efficiencies, and shows how it would be possible to run a 158%-bigger US economy in 2050 without relying on oil, coal or nuclear energy. Making this transition could both save the USA trillions of dollars and earn trillions of dollars from new business opportunities. This transition, led by business, could be attained using only existing technologies, and without the need for new legislation.

Three quarters of the oil consumed in the USA is used for transport – a staggering thirteen million barrels per day, costing Americans $2 billion dollars per day, excluding massive hidden costs in taxes, and costs to the environment, health and security. To change this, the two main issues that must be addressed are the design and use of vehicles. More aerodynamically designed vehicles are starting to be manufactured from ultra-light carbon fibre composites. Addressing vehicle ‘obesity’ will reduce vehicle mass and drag, making electric cars more feasible, and eliminating the need for petroleum. Information technology could enable levels of efficiency that were previously unimaginable, such as car-pooling via social networks and smart fleet management.

Compared with South Africa, America’s 120 million buildings consume an enormous amount of energy, including 72% of the country’s electricity. Lovins estimates that up to 69% of projected energy use by buildings in 2050 could be saved by designing buildings in a more integrated manner, installing energy-saving technologies, and living in an energy-smart way. He envisions super-efficient buildings that not only save energy, but eventually generate and even store energy as an integral part of the grid.

Where industry is concerned, Lovins notes that just two processes – running motors and heating materials – consume more than 75% of industry’s energy use in the USA. Integrative design of industrial pipes, pumps and processes can result in significant energy savings. Better use of co-generation (‘combined heat and power’) and energy-efficient technologies, plus shifts from oil-based fuels in the electricity and transportation sectors, could reduce industry’s energy needs by 30% by 2050, while allowing 84% growth in industrial output.

And finally, in the electricity sector, the cost of wind and solar energy is becoming more competitive, thanks to improvements in production of wind turbines and photovoltaics. Since 2007, half the new generating capacity developed worldwide has been in renewable energy. The vision for this sector is a customer-centred electricity system that is renewable, distributed rather than centralised, and resilient. A smarter grid that allows flows of energy and information in all directions, could enable customers to become ‘prosumers’ – sharing in electricity production, as well as benefiting from its consumption.

In South Africa, concerns are mounting regarding the state of our energy infrastructure. The sector needs massive investment and refurbishment. But before uncritically pursuing the business-as-usual paths of fossil fuels and nuclear power, it is time to envision how we, with our abundant resources of solar, wind and ocean energy, could reinvent fire in the southern African region. And there could hardly be a better way to discover why or how than to listen to Amory Lovins.