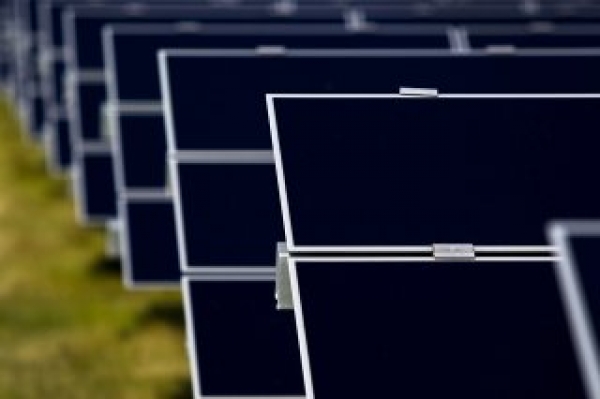 “Political commitment to developing a renewable-energy market is also important and it looks like this commitment already exists in South Africa,” he says.

Mott MacDonald has a technical advisory team advising the National Treasury on the technical elements of the submissions for the various Renewable Energy Independent Power Producer Programme (REIPPP) bidding rounds.

“Mott MacDonald also has a separate team working with the private sector, advising project developers and lenders involved in the programme,” says Tassos, who further confirms that the company has been involved in some of the solar photovoltaic (PV) and concentrated solar power (CSP) projects included in the first round of the REIPPP, which reached financial closure in November last year after a three-month delay.

He emphasises that the technical advisory team operates entirely independently from the private sector team, which ensures that there is no conflict of interest in the South African market.

Tassos, however, believes these challenges were to be expected, as he says renewable energy is still an “embryonic industry” in South Africa.

“This means that local expertise and skills shortages are limited. Local engineering, procurement and construction companies, for instance, would have to build up their capability quite rapidly,” he says.

Tassos admits, however, that further delays should be avoided because of the negative effect they have on investor confidence.

“We are seeing major global players, including developers, investors, tech- nology providers and international lenders, who have already homed in on South Africa with significant interest and investment prospects,” adds Tassos.

He tells Engineering News that some first-round projects are already moving into the construction phase, which is a positive sign.

“Nevertheless, it is still a young market, so teething problems are to be expected; but with the experience of Round 1, there should be fewer hiccups moving forward.”

Financial closure for the REIPPP’s 19 second-bid-window preferred bidders, originally scheduled for December 2012, is rescheduled to take place between March 18 and 28. Collectively, these projects are expected to be worth R28-billion.

Meanwhile, the third bid-window submission date is expected to take place on May 7.

“Going forward, localisation is something that will pose a challenge for all stake-holders involved,” says Tassos.

The intention behind gradually expanding localisation targets – the localisation requirement for the first bidding round was 25% – is to capitalise on the opportunities in technology, skills transfer and job creation offered by a new market in South Africa.

“There are, however, a number of things that need to be put in place before these opportunities can be realised. This includes instilling sufficient confidence in international developers and technology providers,” says Tassos.

He believes business confidence in market longevity is a prerequisite for serious investment in establishing renewable-energy facilities in South Africa.

Moreover, Tassos believes that ensuring the implementation of technically sound and robust projects is paramount to providing reliable generation to the grid.

“We need to consider South Africa-specific issues, such as energy security, the country’s dependence on coal and other fossil fuels and power shortages, while we create a sustainable industry,” he says.

Tassos further warns that South Africa needs to start considering how the imple-mentation of the REIPPP will change the nature of the power grid.

“Before, South Africa had centralised power generation through large fossil-fuel-fired power plants. Once this programme is fully implemented, however, South Africa will have greater distributed generation contributing to the power grid. This needs to be taken into account in terms of network planning for the future,” he says.

Industry stakeholders have flagged South Africa’s lack of expertise and experience, needed to implement large-scale renewable-energy projects, as a cause for concern.

Skills shortages are, however, not particular to South Africa, says Tassos, adding that any country has to face that challenge when introducing a new market to the economy.

“It’s not so much about skills shortages as it is about the need to understand the technologies, how they work, how they generate power and, in South Africa’s case, how these technologies differ from large-scale fossil-fuel-fired power plants, which is what the country’s power industry has traditionally been based on,” he says.

Further, he explains that challenges in terms of skills shortages can be confronted with localisation requirements that are monitored by policy- makers.

“Technologies first have to come from outside South Africa; however, setting up local manufacturing bases by ensuring that international advisers assist in transferring the knowledge will eventually localise the industry.”

Tassos says countries that have successfully implemented such policies and created local industries have, in the medium to long term, been able to export their new-found knowledge to other countries.