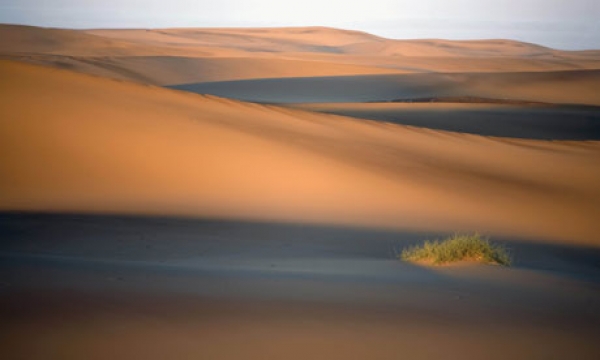 The German Federal Ministry of Education and Research (BMBF) has provided seed funding and technical support for the initiative. Participating Southern African countries are committed to ensuring that current and future investments for the initiative will sustain its operations in the long term.

The German Government has committed a budget of about €50 million (R500 million) to fund operations for the first four years, with activities set to begin in August this year. Funding will be divided between the signatory countries.

According to the Minister of Agriculture, Water and Forestry in Namibia, Honourable John Mutorwa, research shows that climate change has already resulted in unprecedented floods and drought in Southern Africa.

“It is forecast that the region will be hard-hit by the effects of climate change, leading to the spread of deserts, water shortages, loss of fertile soil, biodiversity and agricultural output. Hundreds of thousands of people could be displaced, aggravating poverty and increasing the spread of vector-born diseases and epidemics such as malaria, meningitis and cholera,” he said.

Focusing on innovation and knowledge exchange

The Centre, to be established in August this year, aims to equip regional researchers and decision-makers with scientific data and services that will address:

“SASSCAL will focus on innovation and knowledge exchange for enhanced adaptive land use and sustainable economic development in Southern Africa,” Mutorwa explained.

The region stands to benefit from the initiative through comprehensive service provision, capacity building and improved research.

For example, a regional open-access data centre with satellite offices will be set up to avoid duplication of research and to improve knowledge management. This will document research projects and translate scientific recommendations into suitable formats for various user groups.

Scholarship systems and graduate programmes will form part of capacity development, along with research strengthening and non-academic training.

Early warning for floods and drought

Enhanced research capacities of SADC countries will assist with the creation of trans-boundary early-warning systems for floods and drought, regional climate change projections and scenario development as well as improved forecasting and observation networks.

Stakeholders across the region identified climate, water, forestry, agriculture and biodiversity as focus areas for the initiative.

The Centre’s Secretariat is based in Windhoek, Namibia. Country co-ordinators will be appointed in the participating countries in the region and will work with the Secretariat.