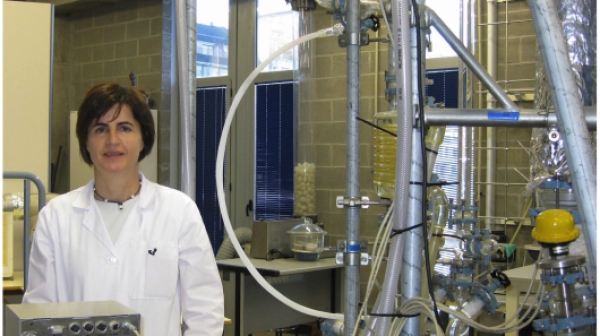 The world practically runs on pneumatic tyres, but getting rid of them is an environmental nightmare. Apart from playground flooring material, running tracks for athletes and horses and unfashionable footwear, disposing of or reusing tires has proven to be extremely problematic. Now a scientist at the University of Basque Country, Spain, has used the process of pyrolisis to decompose and reuse the left-over components of pneumatic tyres.

Because tyres have been designed to perform in the toughest conditions, they also resist the elements, which means when the use-by date has expired, a very large percentage of the tyre remains intact (albeit useless). Hence, tyres damaging short- and long-term environmental impacts.

As her PhD thesis, chemist Ms María Felisa Laresgoiti, undertook to study a process of recovering part of the energy and material costs used to create a tyre, as well as a method of decomposing the tyre. She used pyrolisis to achieve both aims.

In her study she concluded that at above 500°C and with 30 minutes of reaction time, the organic material within the tyre decomposed. The entire decomposition could be separated into liquids (40%) and gases (16%) – which could be reused as fuels or raw materials – and 44% as solid material, such as metals and soot, which remained basically unaltered.

The pyrolisis-derived liquids are similar to forms of petroleum and could be used as an alternative to fossil fuels, such as fuel oil. There is also an opportunity that they could be used as central heating oil and even as part of the fuel source for commercial diesel motors in vehicles (in a mixture to comply with legal specifications).

They could also be the source of chemical compounds used to create plastic or a biodegradable solvent, while the hydrocarbon gases extracted via the pyrolisis could be used as a separate energy source.

The remaining 44% solid inorganic material is basically unaltered from its original state, and could be recycled as soot and steel. Ms Laresgoiti believes soot could be used to reinforce new tyres or used as pigment for inks.

Ms Laresgoiti presented her PhD thesis, titled Chemical recycling of pneumatic tyres through pyrolisis, at the University of the Basque Country (UPV / EHU).