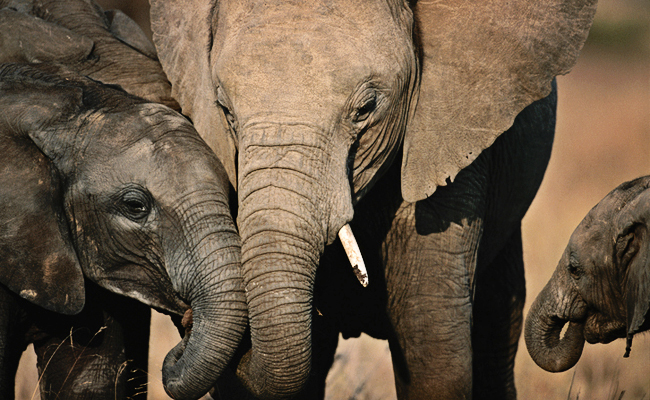 Less than 5% of elephants left

However, for the first time, we know which places deserve priority for conserving elephants.

“The study, funded partly by the International Fund for Animal Welfare (IFAW) and published today in PLOS ONE, has taken 10 years to complete and is the most comprehensive indicator yet showing the true impact poaching is having on Africa’s elephant populations, and how populations might thrive were they not affected by human interference,” said Dr Joseph Okori, IFAW’s Director of Landscape Conservation.

“This study will help conservationists and policy makers in their decision making to provide better protections for elephants.”

The study used remote sensing of the most important resources for elephants (vegetation and water), poaching data, and the largest population database for any mammal species to model the density at which individual populations should stabilize.

The study’s lead author, Ashley Robson, says, “In the past, we’ve had relatively good estimates of how many elephants there are and how many are poached. But now, we’ve determined how many elephants there should be in the first place. While the magnitude of loss due to poaching is devastating – 730,000 elephants are missing across the 73 protected areas assessed – I don’t see our work as more doom and gloom. On the contrary, we provide ecologically meaningful goals for elephant conservationists to work toward. It’s a positive step for elephants.”

Rudi van Aarde, supervisor of the project and Chair of CERU at the University of Pretoria says, “Elephants thrive in a huge variety of conditions – from deserts to lush forests, so elephant density varies according to local resources. There is no single ideal elephant density. Ecologists have known this for a long time, but it’s never been quantified until now. Improved remote sensing, decades of count data, and a huge effort from my research team have enabled us to estimate benchmarks for elephant populations. The current study is the culmination of a decade of work.

“The historical trade in ivory and the renewed poaching onslaught influenced elephants across the continent and masked the relationship between population size and environmental conditions,” Van Aarde says. “But we’ve accounted for the impact of poaching in our models to predict ‘ecological benchmarks’ – the size populations would reach if environmental factors rather than human influence controlled population growth. This has been a hotly debated question, especially here in southern Africa.”

According to Robson, “Everyone with an interest in conservation – protected area managers, policy-makers, international funders, and the public – should consider our study. We’ve made it possible to target resources to the protected areas most in need. Of course, this isn’t just for the sake of elephants; elephants play a major role in shaping the savannas that in Africa cover as much land as the continental USA and Europe combined. Losing elephants is detrimental to our savannas and the species that rely on them.”

“While the conservation targets are a positive step, our study is a wake-up call. Around 70 per cent of the current distributional range of African elephants falls beyond protected areas. That elephants aren’t doing well, even where protected, means we need to take action,” Robson says. 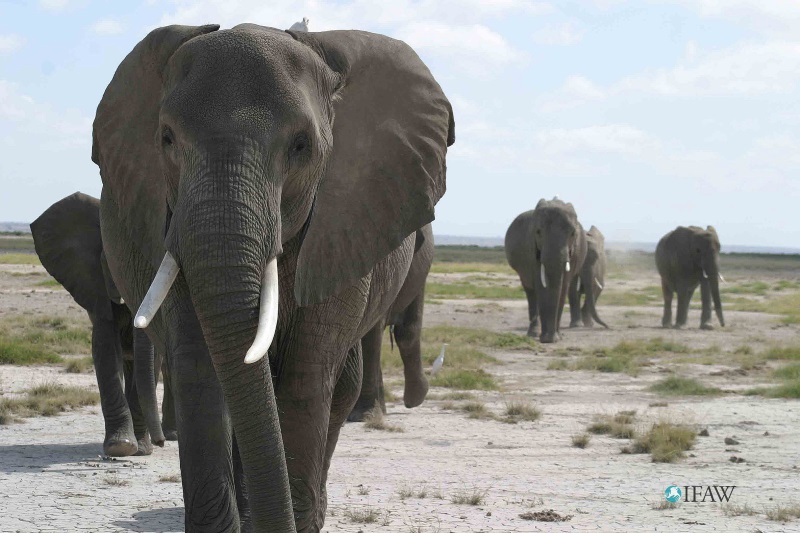 Funding came from the International Fund for Animal Welfare, the National Research Foundation, and the University of Pretoria.

Founded in 1969, the International Fund for Animal Welfare (IFAW) rescues and protects animals around the world. With projects in more than 40 countries, IFAW rescues individual animals, works to prevent cruelty to animals, and advocates for the protection of wildlife and habitats.