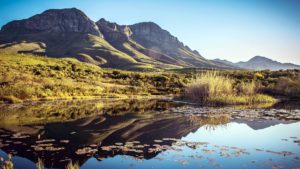 Cape Town residents have until Monday 16 March to comment on a draft Nature Reserves Bylaw devised and published by council.

The proposed document intends to protect and preserve nature reserves in the municipal boundaries and ensure the safety and enjoyment of visitors to these areas.

Cape Town is an integral part of the Cape Floristic Region, with much of its unique biodiversity highly threatened and restricted to small areas within the municipal boundaries. It is challenging to adequately protect and conserve this biodiversity.

A total of 23 nature reserves, including the Helderberg Nature Reserve, have been proclaimed in terms of the National Environmental Management Protected Areas Act (NEMPAA), and the City of Cape Town is the designated management authority.

The 23 reserves comprise 17 035 ha, a mere 20% of our recognised biodiversity network. To support and expand this footprint, the City also manages 16 City Park sites in terms of a Biodiversity Agreement. These sites are home to critically important biodiversity, but also serve as invaluable public amenities.

The importance of our biodiversity is also recognised by the private sector, with 12 stewardship sites on private land managed in terms of perpetuity stewardship agreements. The private property protects a further 2 262 ha of critically important biodiversity.

These protected areas provide important ecosystems and contribute to Cape Town’s future sustainability and resilience in the face of climate change.

The proposed by-law aims to ensure the City fulfills its mandate in terms of the NEMPAA, that protected areas be used by learners, tourists, volunteers and locals in a sustainable manner. 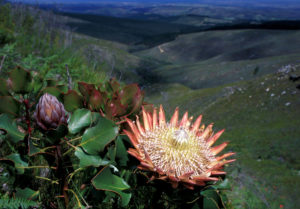 King Protea flower in the mountains and coast between George and Mossel Bay. Image: CEPF

The 23 nature reserves are currently managed in terms of the National Nature Reserve Regulations. The by-law is needed, as it will allow the City to improve efficiency, including the enforcement of these regulations more vigilantly through the municipal court system and the issuing of compliance notices.

The draft by-law is based on the national regulations, and the City is keen to improve the language in the bylaw, giving the public the opportunity to comment and make further proposals.

“We have a responsibility to visitors, but we also have a duty to ensure we preserve our nature reserves for future generations, and the activities taking place in these areas are sustainable and not harmful to the environment,” explained Marian Nieuwoudt, Mayoral Committee member for Spatial Planning and Environment. “The draft bylaw seeks to find a balance between these interests, and the different needs of those who visit the nature reserves.”

The bylaw is intended to regulate the management of the City’s nature reserves as well as access and uses, and lists a number of prohibited activities. 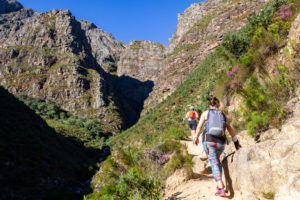 It allows for the appointment of voluntary safety officers, nominated by the existing Protected Area Advisory Committees, to issue verbal or written instructions to visitors. Importantly, authorised officials must be in possession of a staff identification card when exercising powers in terms of the draft by-law.

Access to nature reserves, entrance and access points, and the conditions under which an area may be closed to the public, are prescribed. Nature reserves are open from sunrise to sunset, and the draft bylaw requires visitors to always possess their entry permit for inspection, unless access to the reserve is free. It also determines that no person may overnight in a nature reserve without written authorisation from the City.

It further lists prohibited activities such as feeding and hunting of animals; dumping and littering, playing loud music and lists activities that require prior authorisation like filming, tours, events, research, the flying of drones, rock climbing and so on. 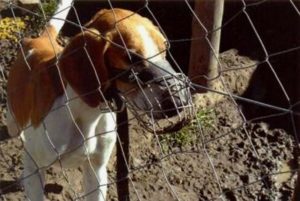 “One example is the challenge with syndicates that are using dogs to hunt animals in reserves. Those participating in the illegal activities bet on the dogs and the number of killings they make,” Nieuwoudt related.

“The bylaw will better enable the City to impound and remove these animals and take action against their owners. Another challenge is those who remove precious and endangered plants.”

The draft bylaw empowers peace officers to issue a fine or instruct those who are contravening to leave, verbally or in writing.

It further allows the reserve manager to ban anyone who fails to comply with the provisions of its nature reserves for a certain period, and provides for procedures to appeal against any administrative decision taken.

Residents and interested and affected parties are urged to review the draft by-law on the City’s website. Comments must be submitted online, at libraries or subcouncil offices by Monday 16 March.