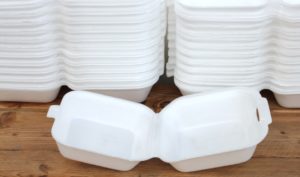 Restaurants and fast food chains are increasingly relying on polystyrene packaging to keep their food hot, hygienic and fresh now that the sale of hot food for home delivery is permitted under Level 4 restrictions.

According to Adri Spangenberg, CEO of the Polystyrene Association of SA, this is because expanded polystyrene (EPS) offers excellent insulation, keeps costs down and prevents breakage or spoilage.

“Polystyrene is made up of 94 % air – only 6 % is product. It is the number 6 plastic and is made by stringing together (polymerizing) styrene, a substance that also occurs naturally in foods such as strawberries, cinnamon, coffee and beef,” Adri says.

Each year, close to 15 million tons of polystyrene is produced globally for use in a wide variety of applications, ranging from take-away cups and food packaging containers, to use in cars, hospital ventilators and other applications where hygiene is important.

The Dixie Cup was first invented more than a century ago to prevent the spreading of germs in schools. Since then, many polystyrene variants have been developed and used as take-away cups around the world.

The plastic cutlery that often accompanies the take-away containers is made from High Impact Polystyrene (HIPS), as are yoghurt tubs and the plastic tags used to seal bread, fruit and vegetables. 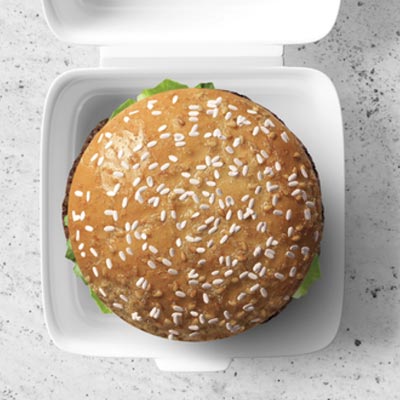 “There are few packaging solutions that can compete with polystyrene’s versatility, cost-effectiveness and overall life cycle assessment. If you look at factors such as energy and water consumption, global warming, and other ills, polystyrene has the lowest carbon footprint of all packaging materials. Because it is so light, it has lower production and transportation impact than other products,” she says.

For decades the FDA has determined that polystyrene is safe for use in contact with food, and as a food additive. However, Adri explains that it is not advisable to re-heat food in the microwave in standard polystyrene containers, as they will melt under high heat and are not microwave-safe.

In the past, polystyrene has frequently been criticized for polluting the environment. Because the product is so light, it is easily scooped up by wind and blown into rivers or streams where it floats, and is therefore very visible.

“We urge the public to help us keep polystyrene out of the environment and in the waste stream by disposing of their used containers properly and in a responsible way. It is a highly recyclable material that is in constant demand by recyclers who use it in a wide variety of different end-markets, such as the décor market (picture frames, curtain rods and cornices), the building market (lightweight concrete bricks and screeds), as beads (for hobby and craft enthusiasts) and in the manufacturing of lap-desks and seedling trays,” she says.

Each month, more than 450 tons of polystyrene, equivalent to 22 million cubes of landfill space, are being recycled in South Africa – giving us one of the highest recycling rates for this material in the world.

“Polystyrene packaging supports a vibrant, green and circular economy. We are very relieved that recycling activities are permitted to resume under Level 4 restrictions and that our recyclers are now open. We therefore encourage households to please recycle their take-away containers, meat trays and other polystyrene packaging by scraping the container clean or giving it a light rinse in used dishwashing water before including it with your other household recyclable waste for collection by the waste management companies,” Adri concludes.