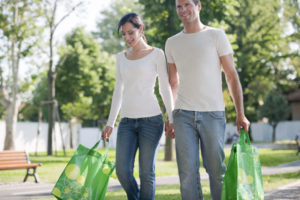 The South African plastics industry has welcomed the recent findings released by the Council for Scientific and Industrial Research (CSIR), confirming that reusable, plastic shopping bags have the lowest environmental footprint compared to carrier bags made from alternative materials.

The study was funded by the Department of Science and Innovation (DSI) and aimed to identify which bag is “best” in the South African context.

It assessed sixteen different types of carrier bags – including the standard single-use, 24 micron HDPE bags, as well as a number of reusable and biodegradable alternatives.

Twenty-one environmental and socio-economic indicators were used to assess the life cycle of each bag, including water use, land use, global warming, the impacts of pollution, impact on employment and the affordability for consumers. 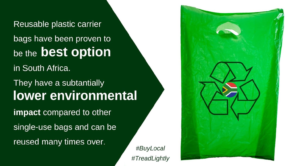 According to Plastics SA’s Executive Director, Anton Hanekom, the local study confirmed the findings of similar studies which have been conducted elsewhere in the world.

“What is particularly welcoming, is that the CSIR study assessed a broad range of environmental and socio-economic indicators that are unique to our South African context. It has confirmed our message that our locally produced, plastic bags are ideally suited to be reused and should therefore not be considered a single-use plastic,” Hanekom said.

“Our retail plastic bags are unique and unquestionably reusable for its primary function, namely shopping, but also have a multitude of secondary uses in South African households. Moreover, it is important to highlight that our locally produced carrier bags are now recyclable and a large percentage of them even have recycled content.” 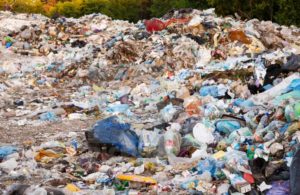 The South African plastics industry reached a major milestone in 2018 when the local bag manufacturers improved the recyclability of their bags by reducing the filler content.

At the same time, South African retailers agreed to change their carrier bags from virgin, to include post-consumer recycled content.

This move created a much-needed and substantial market for post-consumer recycled material. It was hailed as an important breakthrough for the industry and its efforts to address the issue of single-use plastics polluting the environment. 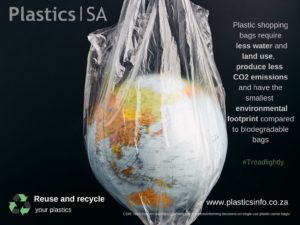 “The manufacturing and recycling of plastic carrier bags not only help to create employment to more than 60 000 South Africans, but also contribute vast sums of money to state funds. Plastic bags are still the only packaging item for which an environmental tax is levied. Since the beginning of April this year, plastic bag levies have increased to 25 cents, which is expected to generate more than R250 million for the state coffers. As an industry we are appealing to the Government to ensure that at least some of these funds are used to help us boost recycling and grow a circular economy,” Hanekom appeals.

Weighing in on the matter on behalf of plastic bag manufacturers, Phillip Abelheim, Chief Executive Officer of Transpaco Limited and one of South Africa’s biggest manufacturers of plastic bags, said the latest research findings were encouraging to a manufacturing sector that has been until recently, been on the receiving end of harsh criticism.

“Plastic bags were never intended to only be used once. In fact, they were invented in 1959 by Swedish engineer Sten Gustaf Thulin with purpose of saving the planet. Because they were significantly stronger than paper bags, he created these bags to help save the forests by being used over and over again. To Thulin, who was known for always carrying a plastic bag folded in his pocket, the idea that people only use their bags once and then throw them away, would be bizarre and completely go against what they were originally designed to do,” Abelheim says.