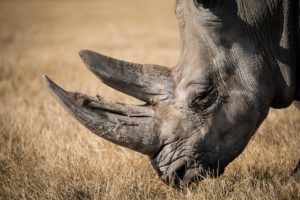 “It’s not whether animals will survive, it’s whether man has the will to save them.”- Anthony Douglas Williams.

Africa’s wildlife is a vital part of the continent’s heritage. They are in many ways not a part of Africa, they are Africa. The increasing threats to Africa’s wildlife suggest that Africa could be in danger of losing a part of its identity. But there is hope. There are brave unsung heroes who devote their lives to mitigating these threats by conserving and protecting African wildlife.

With so much negative publicity around the conservation threats we face, it is increasingly important to remember the successes we have had in the past. Evidence of the success of such conservation efforts is outlined by Andrew Campbell, Chief Executive Officer of the Game Rangers’ Association of Africa (GRAA):

“Black Rhino numbers have doubled, and White Rhino numbers have almost tripled since the early 1990s. The Great Elephant Census conducted in 2016 showed populations are growing in countries like Botswana, Uganda and Malawi while they remain stable in South Africa and Kenya. We must acknowledge these successes and learn from them, without ignoring the escalating threats many of these species now face.” 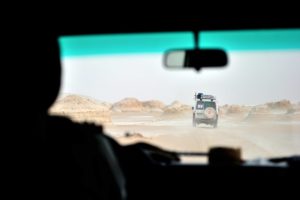 Such success stories, which allow species to flourish in their natural environments, would not be possible without the conservation efforts undertaken by various organisations and individuals. These success stories serve as motivational factors for others, indicating that their work and efforts are not in vain. “The media tends to focus on the number of carcasses poached, but everyday many species are protected thanks to the blood, sweat and tears of dedicated conservationists and game rangers who deserve recognition,” Campbell adds.

The Rhino Conservation Awards aim to recognise the organisations and individuals who commit their lives to protecting and safeguarding our endangered species. Since being founded by Dr Larry Hansen and Miss Xiaoyang Yu in 2011, the awards have been hosted annually in collaboration with the DEA and the GRAA. The 2019 awards are sponsored by ZEISS and China New Enterprises Inc. This year, the awards will be presented at a gala dinner held on the 21st of July 2019, at Montecasino in Johannesburg, South Africa.

Award finalists will be joined at the event by high-level dignitaries under the patronage of His Serene Highness Prince Albert II of Monaco, South African government officials, foreign diplomats, media, sponsors, and other significant NGOs supporting rhino conservation. 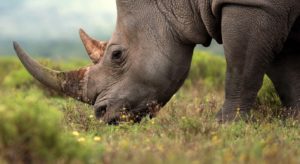 Work done over the last 12 months, starting July 2018, will be adjudicated and the categories include: Best Field Ranger, Best Conservation Practitioner, Best Political, Investigative and Judicial Support, Best Rhino Conservation Supporter and Special Award for Endangered Species Conservation. Nominations have officially closed for the 2019 awards and winners will be announced at the event.