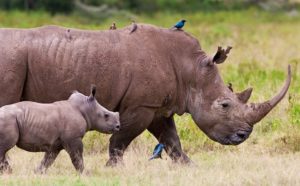 Nominations are now open for the Rhino Conservation Awards 2020, which aim to recognise those protecting Africa’s wildlife.

Never before has the importance of raising awareness for conservation and the individuals and organizations who fight tirelessly for it, been more paramount.

These prestigious awards aim to highlight the people and organisations who are working constantly to reduce the threats and increase the sustainability of conservation efforts in Africa in order to create a future where wildlife and people can thrive again. 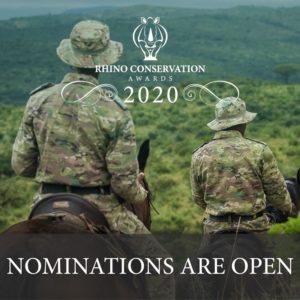 The Awards were founded by Dr Larry Hansen (Founder of the ‘Carl Zeiss Tiger Conservation Award’) and Miss Xiaoyang Yu (Founding Partner of China New Enterprise Investment) in 2011 and are hosted annually in collaboration with the Game Rangers’ Association of Africa (GRAA). They have been well received by the African conservation fraternity and continue to garner both public and media support. They are made possible with the generous support of sponsors ZEISS and CNEI and are endorsed by the Department of Environmental Affairs (DEA). His Serene Highness Prince Albert II of Monaco, who is committed to the protection of endangered species through the support of his Foundation, is the Patron of the Rhino Conservation Awards.

Historically, the titles have been awarded to the game-changers and ‘wilderness warriors’ of conservation. 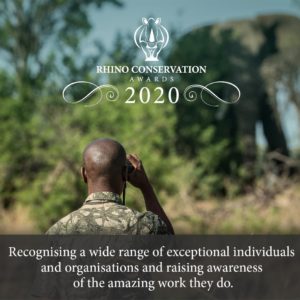 “The Rhino Conservation Awards are a uniquely African award programme where African conservationists recognise their peers and the incredible work they do for our endangered species. This is a great example of an initiative for rangers, by rangers. They showcase the real heroes and guardians of our natural heritage and have become an integral part of the conservation calendar.” Andrew Campbell, Chief Executive Officer – Game Rangers’ Association of Africa.

Nominations for the Rhino Conservation Awards 2020 have officially opened under the following four categories: 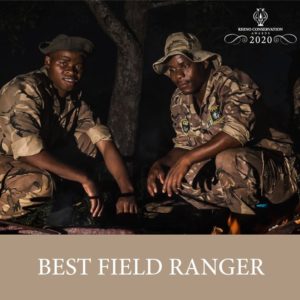 This must be an employed field ranger who works in the field ensuring biological and territorial integrity of a protected area and whose work benefits endangered species conservation. 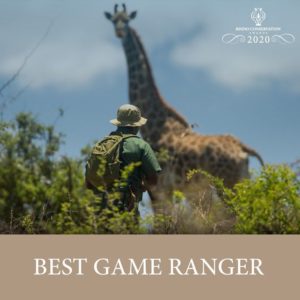 This must be an employed game ranger who works in a management position ensuring biological and territorial integrity of a protected area and whose work benefits endangered species conservation. 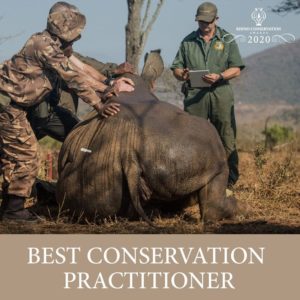 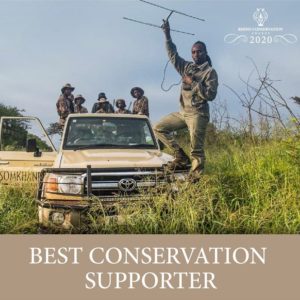 This must be a person, team or entity that plays a significant role in supporting endangered species conservation in any field including but not limited to scientific research, awareness, advocacy, education, investigations, prosecutions, judiciary, political support, community relations or fundraising. 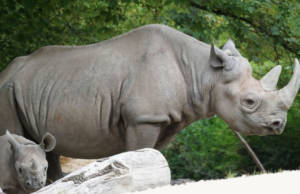 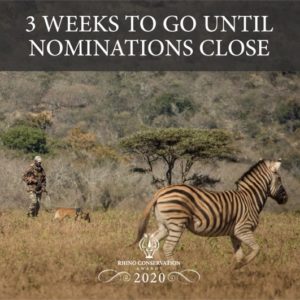 Please join in on social media: