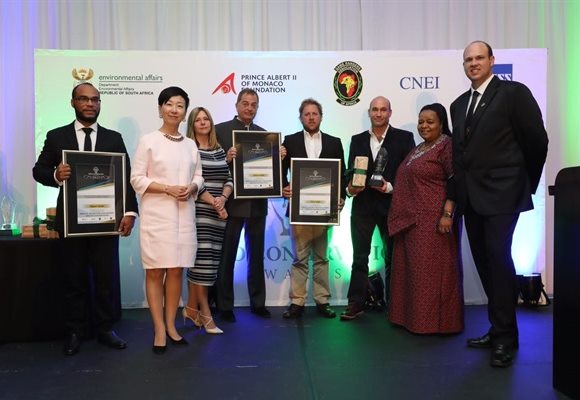 The African ethos of Ubuntu promotes the power of a village, supporting one another to achieve common goals.

For conservation efforts to be successful, many areas of vulnerability must be addressed. This requires a collaborative approach by a variety of passionate contributors.

At the Rhino Conservation Awards, a gala dinner held at Joburg’s Montecasino Ballroom on Monday evening,  Environmental Affairs Minister Edna Molewa celebrated people and organisations who have made a marked impact in the war against rhino poaching.

The awards honour those that strive to limit risks and vulnerabilities within their specific areas of expertise: from field rangers to conservation practitioners; conservation supporters; political, investigative and judicial supporters; and endangered species conservationists.

Appreciation for action against poaching

The founders of the Awards, Dr Larry Hansen and Miss Xiaoyang Yu expressed their appreciation for every action taken against all forms of poaching, at all levels. “Congratulations to all of the participants and winners of the Awards. It is a privilege to celebrate your work and your efforts to protect Africa’s rhino,” said Dr Hansen. “Know that we will continue to stand at your side, as every effort is recognised and appreciated.” 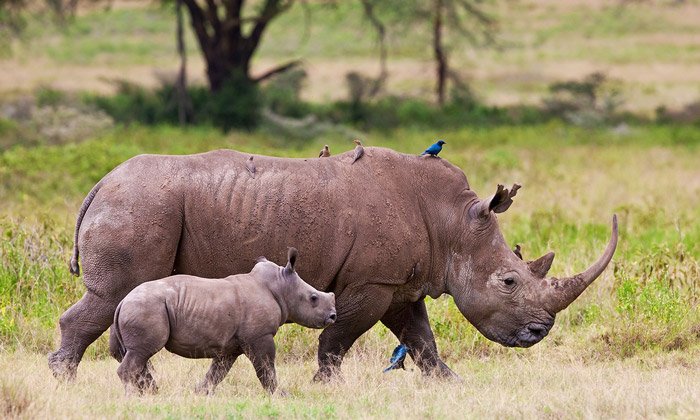 In the Field Ranger category, Tyson Maluleke and his K9 Kilalo, and Julius Sibuyi were announced as the winners, whilst Wilson Siwela was rewarded as the runner up. Maluleke and Kilalo are an anti-poaching tracking team that is a force to be reckoned with. They have helped ranger teams in making many arrests in their area of operation. Sibuyi’s courage and commitment to his work as a field ranger, despite the daily challenges and continuous onslaught, are inspiring.

The winner of the Conservation Practitioner Award was the entire Kruger National Park’s Marula South ranger team. These rangers are responsible for the conservation and protection of the majority of the continent’s rhino population. The runners up were the Namibian Conservancy Rhino Ranger Incentive Programme, and SANParks’ Regional Ranger Don English and Section Ranger Craig Williams.

Adam Pires and the EWT Wildlife in Trade Programme scooped the Award for the Best Rhino Conservation Supporter. Pires and his team provide unique skillsets to enforcement agencies, increasing awareness within the judicial system and undertaking research and monitoring activities which target multiple contact points along the supply chain. Richard Mabanga, cultural ambassador for the Rhino Art – Let the Voices be Heard campaign, and husband and wife team, Steve and Perry Dell from the Pilanesberg Wildlife Trust and the Rhino Poaching Unit were selected as runners up. 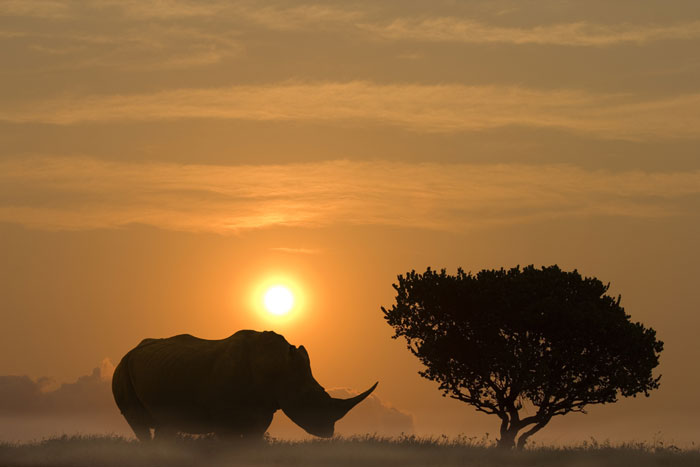 The winner in the Best Political, Investigative and Judicial Support category was Jabu Qayiso who has more than 20 years’ experience in environmental crime investigation. The Honorable Prince Mangosuthu Buthelezi was announced as the first runner up, and Frik Rossouw was the second runner up.

For the first time, the Awards offered a Special Award for Endangered Species Conservation. African Parks took first prize, Chris Kelly came second and Miguel Xavier from Angola placed third. African Parks takes on the complete responsibility for the rehabilitation and long-term management of national parks across Africa, in partnership with governments and local communities. It is responsible for one of the largest and most significant elephant translocations in history and has restored species across Africa, including rhino to Rwanda and cheetah to Malawi.

Condemning rhino poaching, the Department of Tourism confirmed; “Rhinos are an important part of our national and cultural heritage and must be protected for the benefit of current and future generations.”